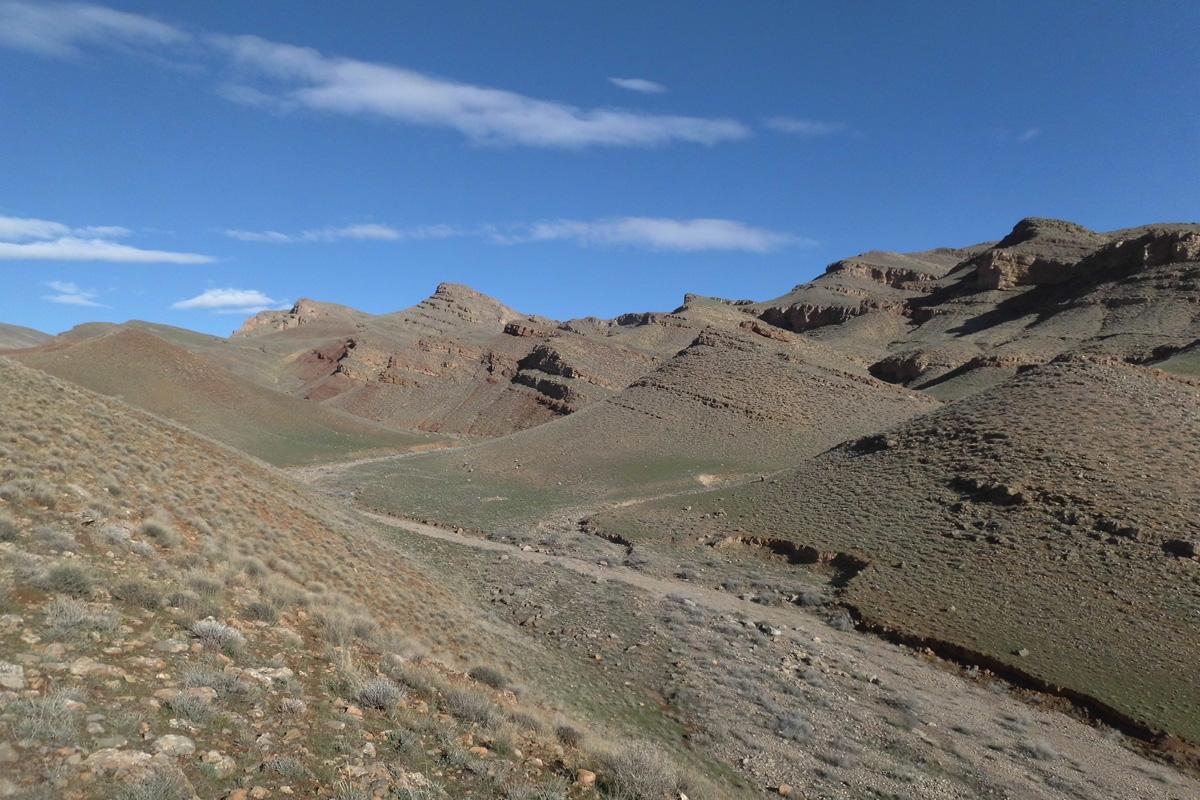 Small brown dots closely lined up - only this is recognizable at first glance on the slide. But the ostracode shells, only about one millimetre in size, hold a lot of information for Jana Gliwa, a doctoral student at the Museum für Naturkunde Berlin.

"We are investigating the ostracod shells to determine the temperature of the sea water during the animals' lifetime," says Gliwa. 252 million years ago, the Permian-Triassic border, more than 80 percent of the species living in the sea became extinct as a result of the greatest of all biological crises in Earth's history. In the project, the palaeontologist is studying the diversity and shell structure of the ostracods immediately before and after mass extinction in order to learn more about temperature development and changes in species diversity.

With the help of geochemical investigations, the calcite shell of the animals is examined using SIMS technology (Secondary ion mass spectrometry) at the Geoforschungszentrum Potsdam for the proportion of the oxygen isotopes it contains. From the ratio of the two isotopes 18O and 16O, ; conclusions can then be drawn about the water temperature at the life time of the animals. The small shells can therefore be used like fossil thermometers.

For the collection of rock samples, the researcher travelled to the northwest of Iran. Here, the outcrop situation of the important sedimentary rocks is optimal, particularly with regard to the Permian-Triassic boundary. The ostracods were dissolved from the collected rock samples with concentrated acetic acid. Subsequently, the fine-grained insoluble residue was rinsed and sieved to recover collect the tiny fossils. Out of 90,000 shells in total, Gliwa examined about 3,500 specimens with the scanning electron microscope and determined their species to obtain evidence of changes in species diversity and composition of communities.

Gliwa states: “We already know that the mass extinction is paralleled by a global temperature rise of about eight degrees, but we do not know if alone this was responsible for the extinction of many species.” First results let assume that the ostracodes were not particularly affected by the global crisis – their diversity was high before and after the extinction event. They are even particularly abundant in the aftermath of the extinction – Gliwa extracted up to 60,000 specimens from one kilogram of rock material. However, their communities have changes drastically by the crisis.

The results of palaeontological climate research could possibly provide indications of today's climate change and the associated effects on the biosphere. Just as 252 million years ago, massive global warming threatens the complex interrelationships in ecosystems and their biological diversity. The PhD project is part of the research project FOR 2332 supported by the Deutsche Forschungsgemeinschaft: Temperature-related stresses as a unifying principle in ancient extinctions (TERSANE).