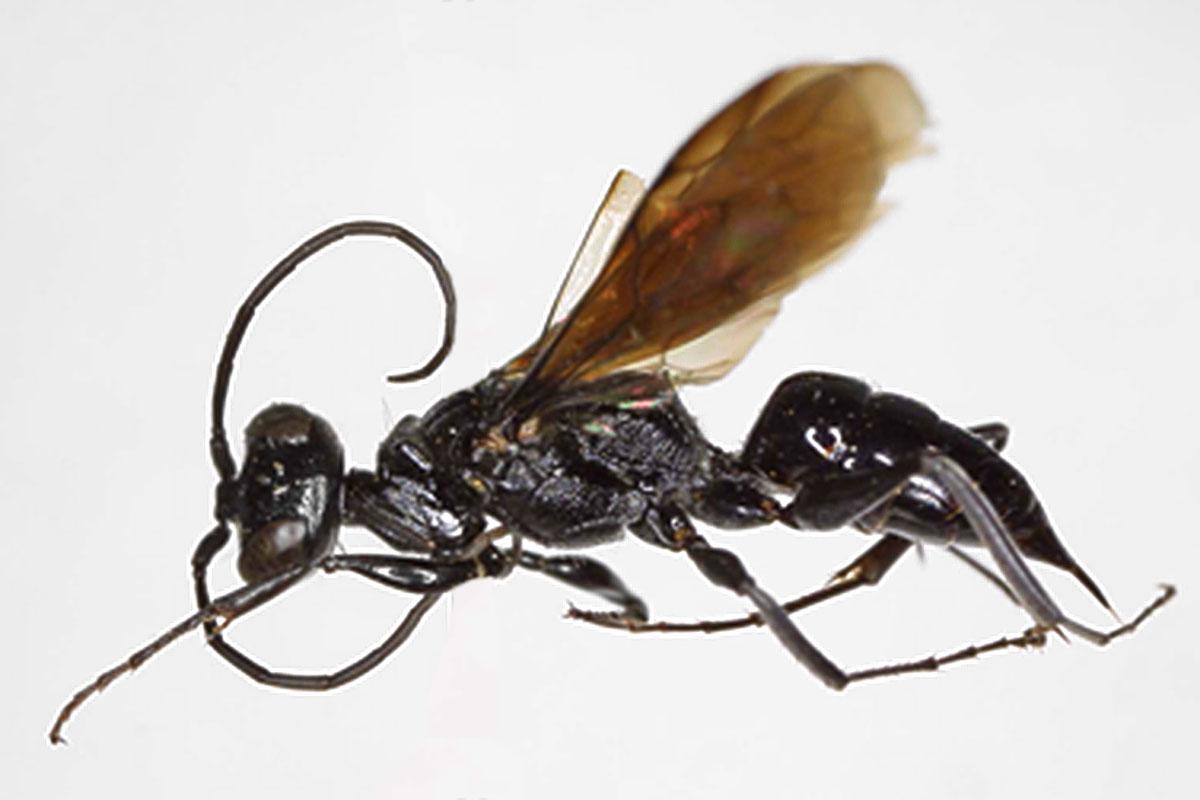 In January we presented this new wasp species of the genus Dolichurus to our visitors. It lives in Papua New Guinea and belongs to the family of cockroach wasps. We received numerous name suggestions - from visitors to the exhibitions, but also by e-mail - and selected the 10 most suitable names with a jury. In a second round, our visitors chose the most popular name in the exhibitions: elderus, named after the Elder Wand from the Harry Potter books.

The 12-year-old Vincent Scheil suggested this name and in April received a guided tour with Dr. Michael Ohl - Head of the Insect Collection and Deputy Head of the Research Department Collection Development and Biodiversity Discovery.
In our museum unknown species are constantly described and named. The wasp Dolichurus _?_ from Papua New Guinea was described scientifically in the museum and, together with students of the master's program Museum Management and Communication of the HTW Berlin, a godmother was sought.

We have received more than 260 nominations. A jury selected 10 proposals and translated them into the correct Latin form.