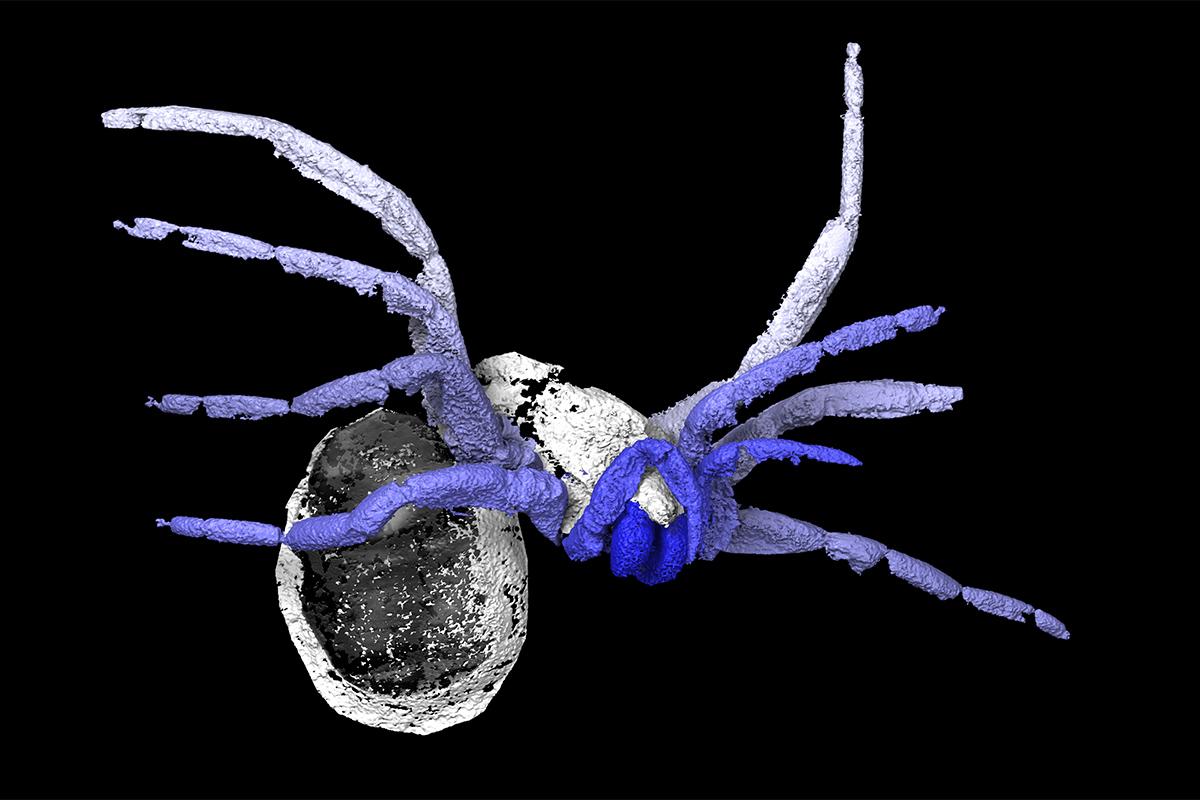 An international research team led by Dr. Russell Garwood (University of Manchester, UK), which also included Dr. Jason Dunlop from the Museum für Naturkunde Berlin, described a new extinct arachnid species named Idmonarachne brasieri. This ca. 305 million year old 1.5 cm long fossil from France was published in the high-profile journal Proceedings  of the Royal Society B and was presented as an important evolutionary link on the way to becoming a modern  spider. The front end of the fossil with its mouthparts, pedipalps and legs is similar to that of a modern spider. The abdomen is, however, quite different with a series of plates both on the back and on the underside and no evidence for spinnerets: one of the most important diagnostic characters of spiders (Araneae). The authors suggested that Idmonarachne may have possessed spinning glands for producing silk, but lacked the spinnerets which modern spiders need to precisely place their threads when building webs. The anatomy of this exceptional fossil was studied with the help of computed tomography and synchrotron radiation. This helped to uncover hidden details, and to prove that spinnerets really were missing in the living animal and not simply lost during the fossilisation process.