Digital registration of the bat collection 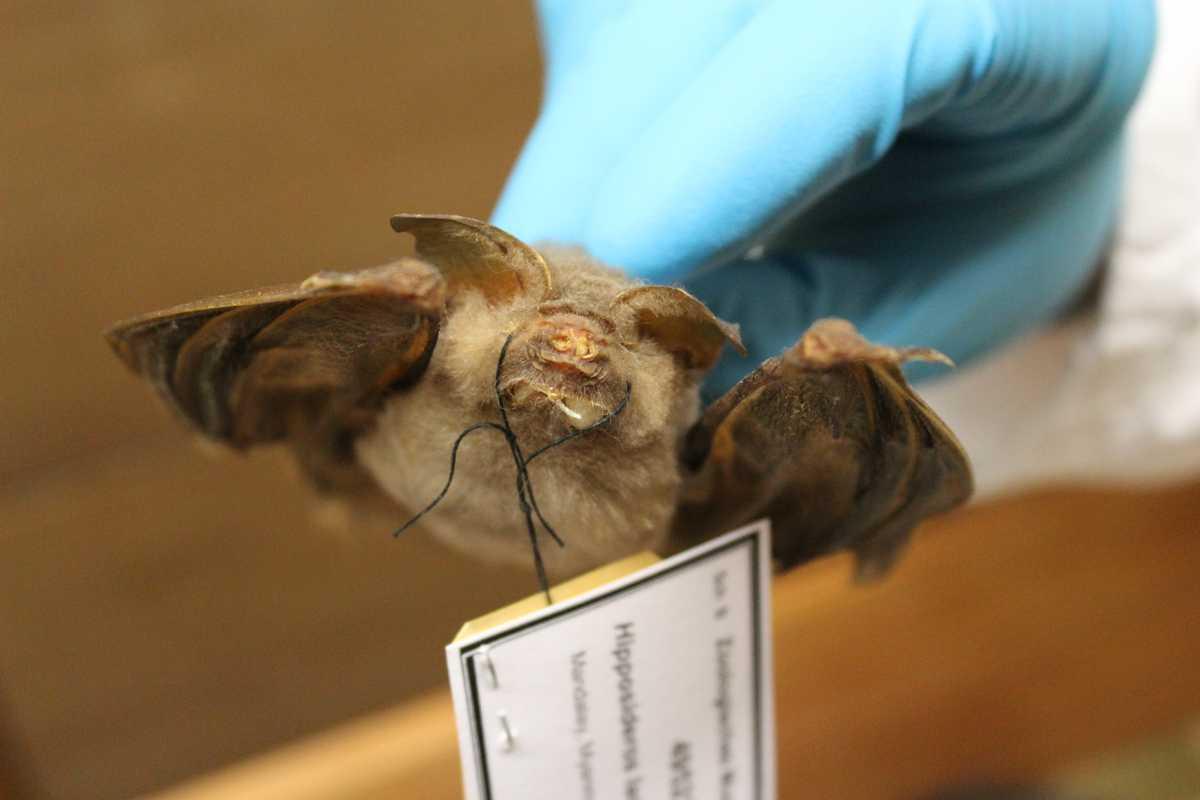 As part of the EU-funded SYNTHESYS+ Virtual Access project, parts of the Museum für Naturkunde Berlin's bat collection have been digitally indexed. SYNTHESYS+ Virtual Access is a Europe-wide pilot program for the digitisation of natural history collection objects. The aim is to make these objects digitally available and thus simplify access for research into natural history collections. The completion of this project is a further contribution to the development of the collection of the Museum für Naturkunde Berlin into one of the most modern open knowledge infrastructures, capable of meeting future scientific, social and technological demands and an integral part of the European research landscape.

The project "COVID-19 Chiroptera knowledge base", which was selected in a competitive procedure, makes an important contribution to this. Nine renowned European museums, including the Museum für Naturkunde Berlin, have recorded the representatives of three horseshoe bat families (Rhinolophidae, Hipposideridae, Rhinonycteridae) contained in the collection according to uniform standards. This project includes not only a conscientious recording of the objects, but also a taxonomic processing and georeferencing of the data. The results are made publicly accessible and are then available to scientists worldwide for their research.

In total, the Museum für Naturkunde Berlin has more than 2,000 individuals of these three bat families, whose distribution areas span almost the entire world and whose collection data date back to the 19th century. More than 2,700 collection items, including skulls, skeletons, brats and alcohol preparations of these animals, were processed in the Specify database and supplemented with important information.