Insect drawers from the EoS project in our data portal 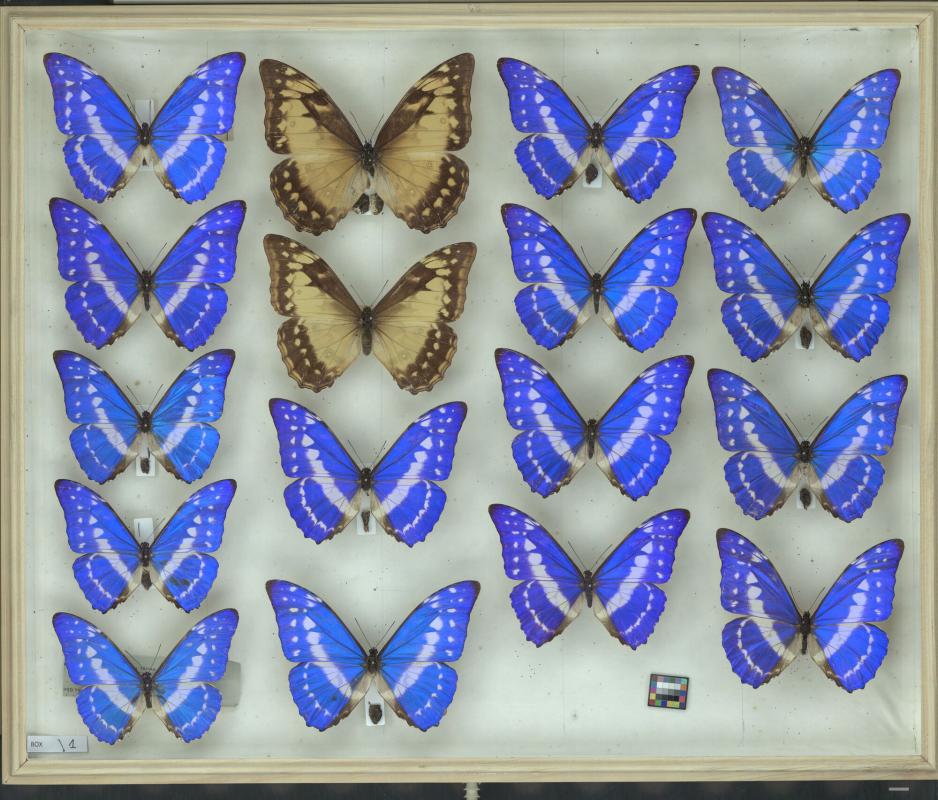 Almost half of the approximately 30 million objects in our collection are insects. These are well organized in about 35,000 insect drawers, arranged by taxonomic groups, e.g. beetles (Coleoptera), butterflies (Lepidoptera) or damselflies (Zygoptera). The digitization of such extensive collections with particularly small and spatially complex objects represents one of the greatest challenges in digitally indexing and making available natural history collections and cultural heritage in general.

The project "Establishing an inventory of species-rich collections" (EoS), funded by the European Regional Development Fund (ERDF), addressed this challenge from 2013 to 2015. A total of 19 employees developed workflows for efficient processes and methods for mass digitization of the insect collection, using insect drawers as the level of collection units. In doing so, they laid the foundation for indexing the insect collection in the Collection Discovery and Development project within the Future Plan. The continued development of our insect digitization at the Museum für Naturkunde can currently be experienced live in our exhibition digitize!

The central technology in the EoS project was a scanner, the SatScan® Collection from the company Smartdrive, which was especially developed for digitizing large insect drawers. In this setup, a camera moves over the insect box with the help of a system of rods and creates 256 slightly overlapping images vertically from above. These are then merged into a single image by a computer program - a process known as "stitching." The stitched images achieve enormous resolution, produce fascinating images when zoomed in without transition, and enable experts to identify groups of animals, for example.

A total of around 10,000 insect drawers have been digitized this way in the EoS project. We are now making a selection of them available to the public via the data portal under a free license. Get excited and inspired like the participants of the Coding da Vinci Berlin Hackathon 2017, where the idea of re-sorting the insect collection according to aesthetic features emerged from the approximately 1,700 insect drawers submitted at that time. One result is this fascinating jewel beetle poster.