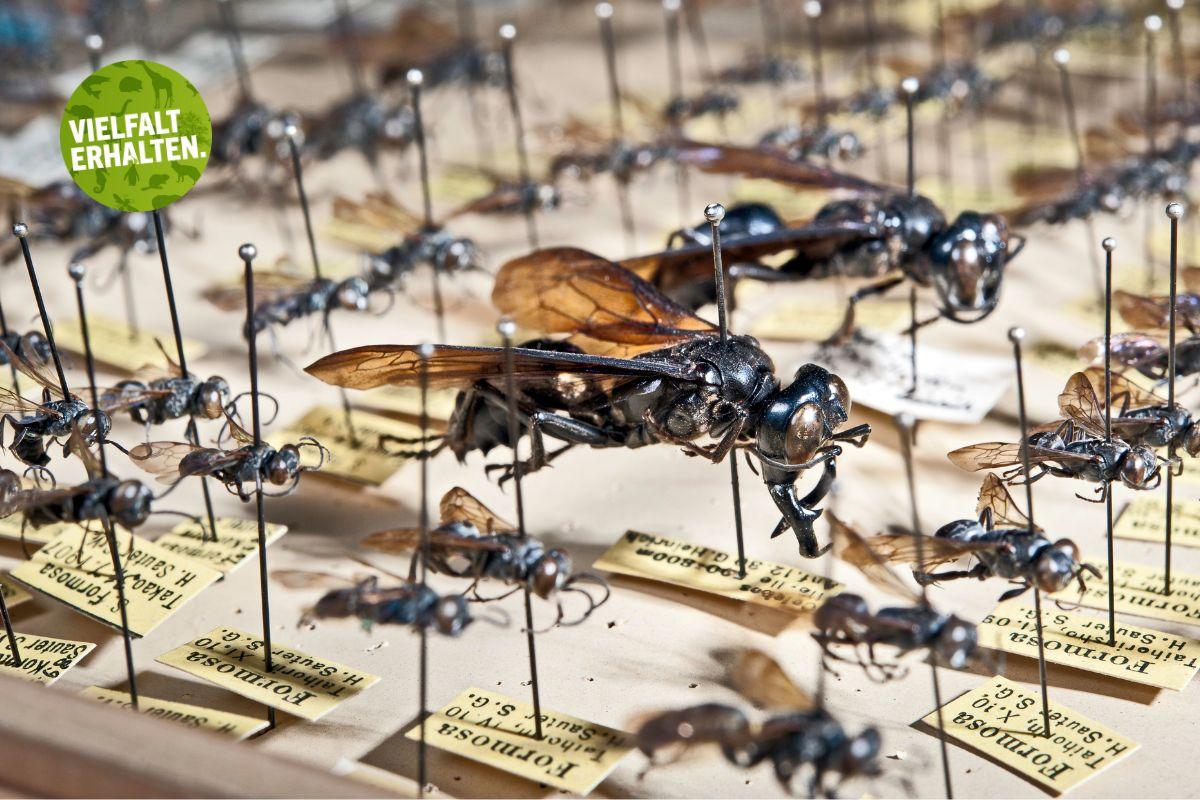 In 2011, entomologist Prof. Dr. Michael Ohl, master of more than 400,000 Hymenoptera, discovered a species of pitch-black wasp unknown to him in "his" collection at the Museum für Naturkunde Berlin. It is more than five times larger than the wasps on our domestic cake table. With their gigantic jaws and enormous body size, the males of this species look like fighting machines.

The wasps are native to the Indonesian island of Sulawesi. That is where wasp researcher Prof. Lynn Kimsey from the University of California had also caught several specimens shortly in advance. Searching for comparative material in collections, the two wasp enthusiasts found each other. The researchers quickly discovered that "their" wasps belong to the same species, which is not comparable to any wasp species already known.

The new wasp is one of a very diverse group of digger wasps, with 10,000 species already known. As predators, prey and pollinators, they are an important link in the food chain and in the ecosystem. The males of the new species from Sulawesi are far larger than most known wasps, measuring more than six centimeters in body length. Most unusual, however, are their huge jaws, which are even stronger and longer than their forelegs. Combined with the pitch black coloration of this wasp makes it a disturbing sight. 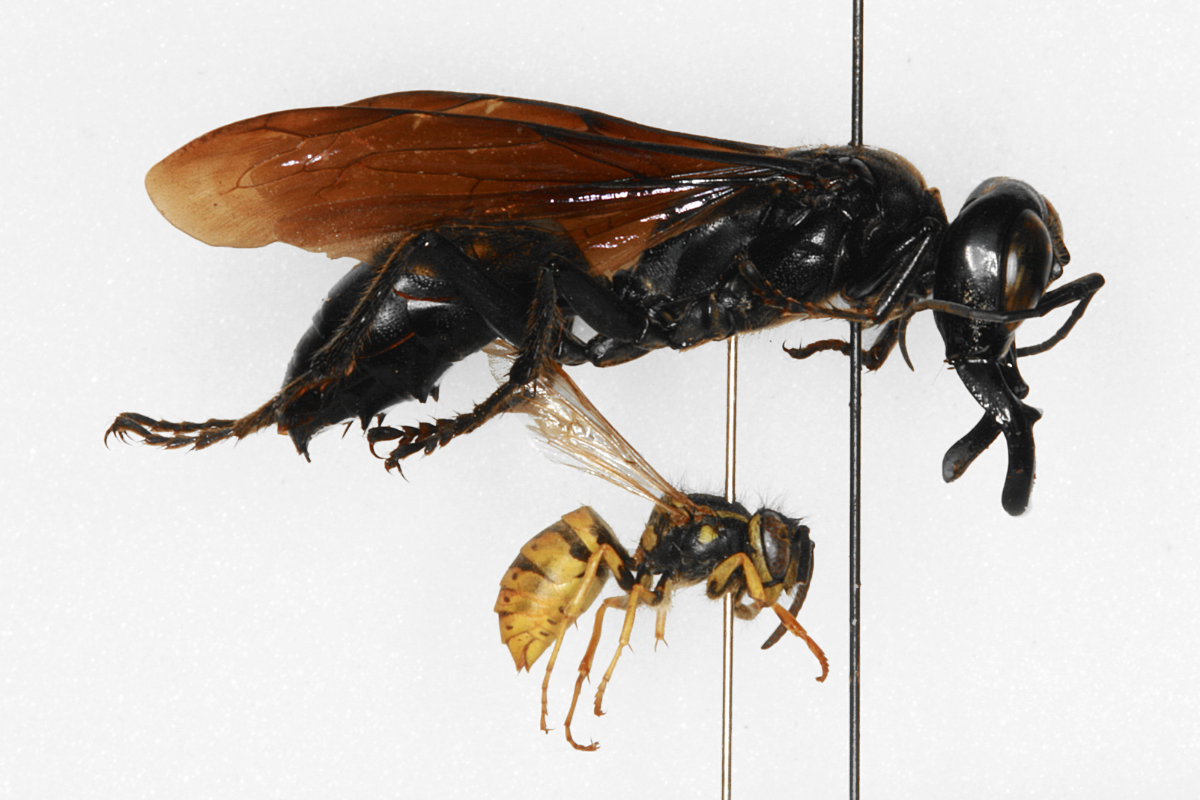 The two wasp researchers jointly describe the new species, and because the wasp is so unusual, it even becomes a new genus description: Megalara garuda. Garuda is the national symbol of Indonesia, representing a winged fighter. Meanwhile, the new wasp species experienced great popularity in the media under the unofficial name "monster wasp". However, the scientific "baptism" is not complete until the new name and description of the species are published scientifically. This happens a year later, in 2012, in the scientific journal Zookeys.

Millions of still undiscovered animal and plant species as well as microorganisms worldwide are waiting for their scientific discovery and description. Megalara garuda is a spectacular piece of the puzzle. Its discovery impressively underlines the importance of scientific research collections.