The passenger pigeon: From swarms of birds to rebreeding 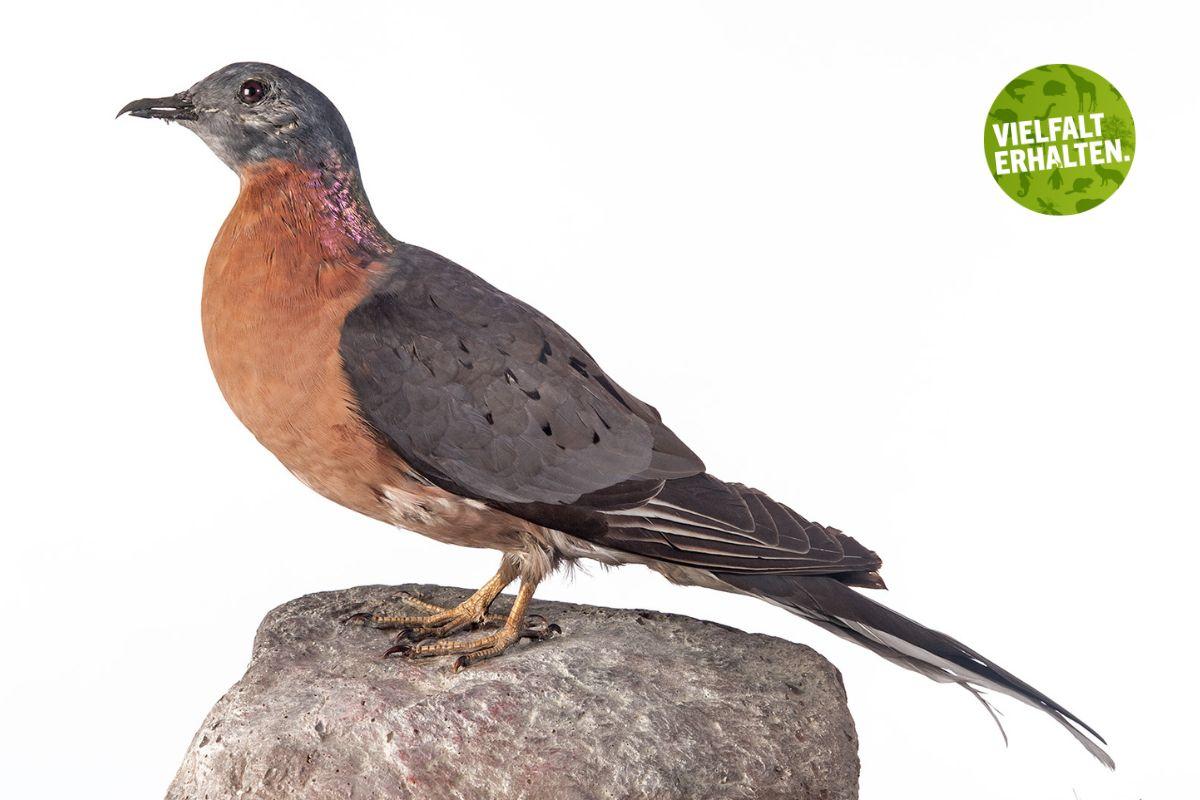 The American passenger pigeon (Ectopistes migratorius) once appeared in the sky in such dense swarms that the sun could no longer be seen, and contemporary witnesses report that the bird excrements fell from the sky like snow. While a 14-hour-long swarms of about three billion were seen in 1866, by the 1880s colonies of only about 10,000 birds existed. By the early 1890s, swarms of several 100 birds were already rare. The last free-living passenger pigeon was shot in 1900. On 1 September 1914, "Martha" died in her cage at the Cincinnati Zoo.

Humans are responsible for the fact that even a species with a population of up to five billion individuals could be extinguished within a short period of time. Deforestation as well as shotgun hunting were man-made reasons for this. The meat of the passenger pigeon was considered a delicacy.

Guns are one thing – but researchers discuss other reasons for extinction, such as the animals' lack of genetic diversity. The passenger pigeons were not able to adapt quickly enough when their forests were cut down and the swarms became smaller due to hunting. Passenger pigeons bred successfully with only one annual brood and one egg only if they could raise their brood in large numbers in old-growth forests and thus saturate prey predators.

A project launched in the USA aims to reconstruct the genome of the passenger pigeon by 2032 and breed back the species using domestic pigeons. The project is not only seen critically by the WWF; after all, the passenger pigeon's habitat is no longer available. Wouldn't it make much more sense to join forces as a society right from the start to preserve habitats and thus entire ecosystems?