City of nightingales - citizen science project for all 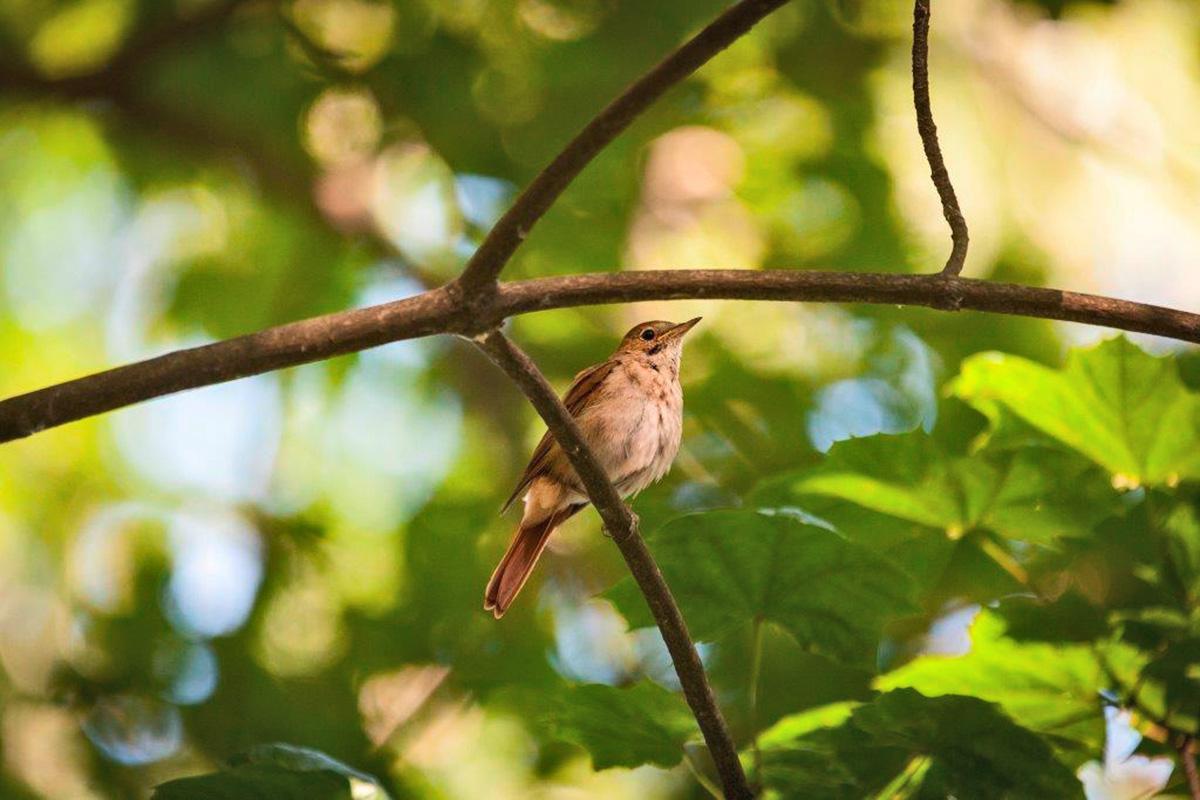 Does our domestic nightingale sing in dialect and are there regional variations? Which are the nightingale’s favourite breeding grounds and what kinds of yearnings do humans  associate with the song of the nightingale? The Museum für Naturkunde (MfN) will be looking for answers to such questions, working together with interested citizens during the coming nightingale season between May and July in its citizen science project named “Forschungsfall Nachtigall” (research case nightingale).

In spring, Berlin becomes the capital of nightingales (Luscinia megarhynchos), as thousands of them descend on the gardens, parks, railway corridors and even busy crossroads between Grunewald and Pankow. The males’ mellifluous and varied song is set to beguile females at night, while during daytime, the song helps to define and defend their territory. Every spring, the nightingale’s song casts its spell over attentive listeners. Many songs, pictures and stories bear witness to the fascination it has  held over thousands of years. But how much do scientists really know about this small, elusive songbird?

From the end of April, citizens – and in particular nature-loving night-owls – can use the MfN’s Naturblick app to record the song of nightingales. These will then be evaluated in collaboration with scientists. The project will start in Berlin and be gradually rolled out all over Germany, exploring the song and the habitat of the species using scientific, i.e. bioacoustic and ecological methods. Thus, new insight will be gained on the variability of the song and the current distribution of the species.

Over the entire year, a wide range of cultural events have been planned together with citizen scientists that will highlight the cultural significance of nightingales and their song. The project will be launched at the NachtiGala – an event in the Dinosaur Hall at the Museum für Naturkunde on May 4th. There will be midnight excursions into Berlin’s parks every Friday and Saturday from the beginning of May until mid-June as part of Forschungsfall Nachtigall. All further details can be found on  https://www.museumfuernaturkunde.berlin/de/museum/veranstaltungen

The project is funded from the German Ministry for Education and Research citizen science budget for two years. It is one of 13 projects selected to further collaboration between citizens and scientists from a content – as well as methodology – perspective and to find answers to social challenges. Further information can be found at: https://www.bmbf.de/de/mitmachen-und-forschen-4503.html and http://www.buergerschaffenwissen.de/

Pictures you can have here: