A new look at horse evolution 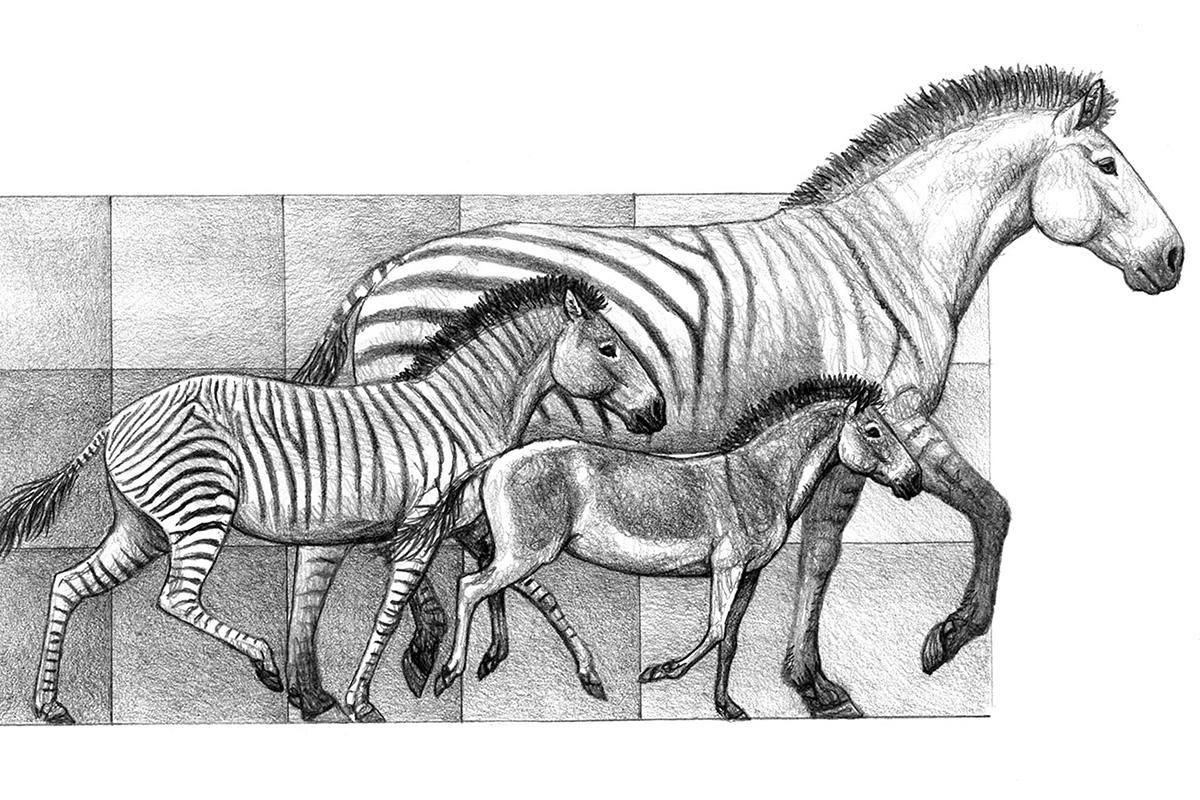 Changing environments and ecosystems were driving the evolution of horses over the past 20 million years. This is the main conclusion of a new study published in Science by a team of palaeontologists from Spain and Argentina. The team analysed 140 species of horses, most of them extinct, synthezising decades of research on the fossil history of this popular group of mammals.

Their conclusions challenge a classic theory, which links the evolutionary success of horses to several novel adaptations in response to the spread of grasslands around 18 million years ago. “According to the classic view, horses would have evolved faster in grasslands, developing teeth that were more resistant to the stronger wear that comes with a grass-dominated diet. They also became bigger to more effectively digest this low quality food, and as a strategy against predators in these new, open habitats”, explains Juan L. Cantalapiedra, researcher at the Museum für Naturkunde in Berlin, Germany.

But did teeth and body size indeed evolve that fast? It seems they didn’t. According to the new results, these evolutionary changes could have been much slower than previously assumed. In fact, Cantalapiedra and colleagues were able to show that all these newly evolved species of horses were ecologically very similar. Thus, rather than a multiplication of ecological roles, the new results point to external factors, such as increasing environmental heterogeneity, as the main evolutionary force.

“Environmental changes would have produced a lot more fragmented, mosaic-type ecosystems, where populations of horses with similar demands and adaptations could have evolved isolated from one another, resulting in different species but with a similar appearance”, points Manuel Hernández Fernández at the Complutense Univerity in Madrid. “This was probably only possible in ecosystems with a lot of energy and biomass, so that very similar species, which otherwise would have been in strong competition, were all able to survive”, adds Jose Luis Prado, at the National University of the Center of Buenos Aires Province.

A picture you can get here:

These three Hipparion species coexisted around 8 million years ago in the Iberian Peninsula, being just one example of the high body size diversity within horses