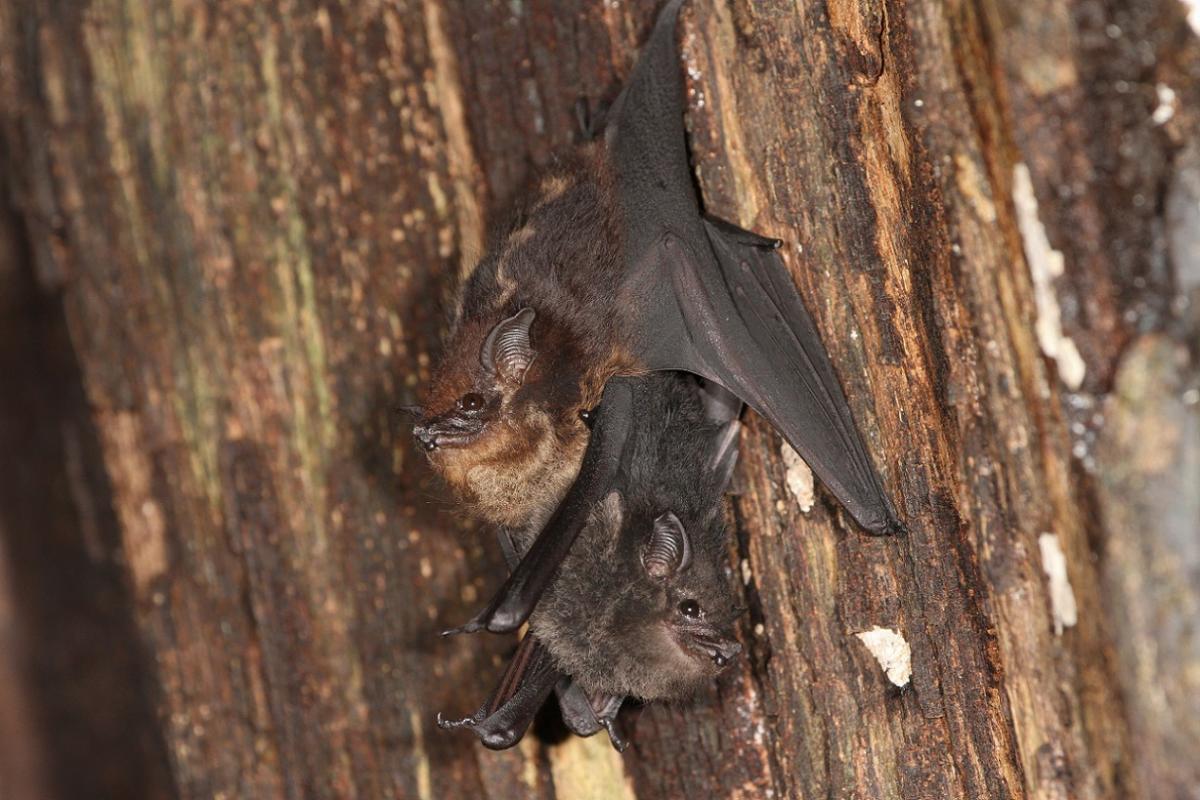 "dadada", "mamama", "baba" – Everyone who has infants is familiar with this vocal behaviour called babbling, a milestone in human infant speech development. Successful language acquisition requires the ability to produce canonical syllables such as /da/ba/ga/ and infants practice them during babbling. A new study published by researchers from the Museum für Naturkunde Berlin in Science shows for the first time that the babbling behaviour of bat pups is characterized by similar key features as human infant babbling.

More than anything else, language defines human nature. Speech, the vocal output of language, requires precise control over our vocal articulators, including tongue, lips and the jaw. Every infant faces the challenge of gaining precise control over the vocal articulators to produce speech sounds. This control is gained during babbling when infants start to produce first utterances resembling speech sounds. Typical child development involves babbling, irrespective of the culture and language to be learned and is thus characterized by universal features.

Much knowledge about human language acquisition is gained through comparative research on vocal ontogenetic processes in non-human animals, especially those capable of vocal imitation, one of the key components of human language. However, babbling behaviour is rare in the animal kingdom; so far, this phenomenon has been described almost exclusively in songbirds. While research on songbirds has provided us with important insights about speech development in children, it is partly difficult to fully translate the results to humans because songbirds and humans differ anatomically – birds have a syrinx, we have a larynx – and in their brain organization.

Now there is a one mammal, which at first sight holds very little resemblance to humans, and may seem rather unusual for comparative research on vocal development: the greater sac-winged bat Saccopteryx bilineata. Pups of this extraordinary bat species are capable of vocal imitation and engage in a conspicuous vocal practice behaviour during ontogeny which strongly resembles human infant babbling.

A team of scientists from the Museum für Naturkunde Berlin, Ahana A. Fernandez, Lara S. Burchardt, Martina Nagy and Mirjam Knörnschild, studied the babbling behaviour of 20 pups in their natural habitat in Panama and Costa Rica. To collect data, the bats were habituated to the presence of the researchers in close vicinity of their roosts, thus allowing daily acoustic recordings and accompanying video recordings from birth until weaning (the point in time when mothers stop nursing their pups). "Working with wild bat pups is a unique opportunity because it allows observing and recording a complex behaviour in a completely natural undisturbed setting", explains Ahana Fernandez. During their ontogeny, S. bilineata pups spend on average seven weeks engaging in daily babbling behaviour. Pup babbling is characterized by long multisyllabic vocal sequences which include syllable types of the adult vocal repertoire. "Pup babbling is a very conspicuous vocal behaviour, it is audible at a considerable distance from the roost and babbling bouts have a duration of up to 43 minutes", says Martina Nagy, "and while babbling, pups learn the song of the adult males." Back in Germany, the acoustic recordings were analysed to investigate the characteristics of pup babbling. The researchers found that pup babbling is characterized by the same eight features as human infant babbling. "For example, pup babbling is characterized by reduplication of syllables, similar to the characteristic syllable repetition – /dadada/ – in human infant babbling", says Lara Burchardt. Moreover, pup babbling is rhythmic and occurs in both male and female pups – which stands in strong contrast to songbirds where only young males babble.

"It is fascinating to see these compelling parallels between the vocal practice behaviour of two vocal learning mammals", says Mirjam Knörnschild. "Our study is contributing to the interdisciplinary field of biolinguistics, which focusses on the biological foundations of human language to study its evolution." Work on a vocal learning, babbling bat species may ultimately give us another piece of the puzzle to better understand the evolutionary origin of human language.

Picture 1: Saccopteryx bilineata pup babbling in the day-roost, with the mother in the background (photo credit: Michael Stifter; vocalization credit: Ahana A. Fernandez)

Picture 2: Mother-pup pair of the neotropical bat species Saccopteryx bilineata in the day-roost. The Pup is attached to the mothers´ belly (photo credit: Michael Stifter).