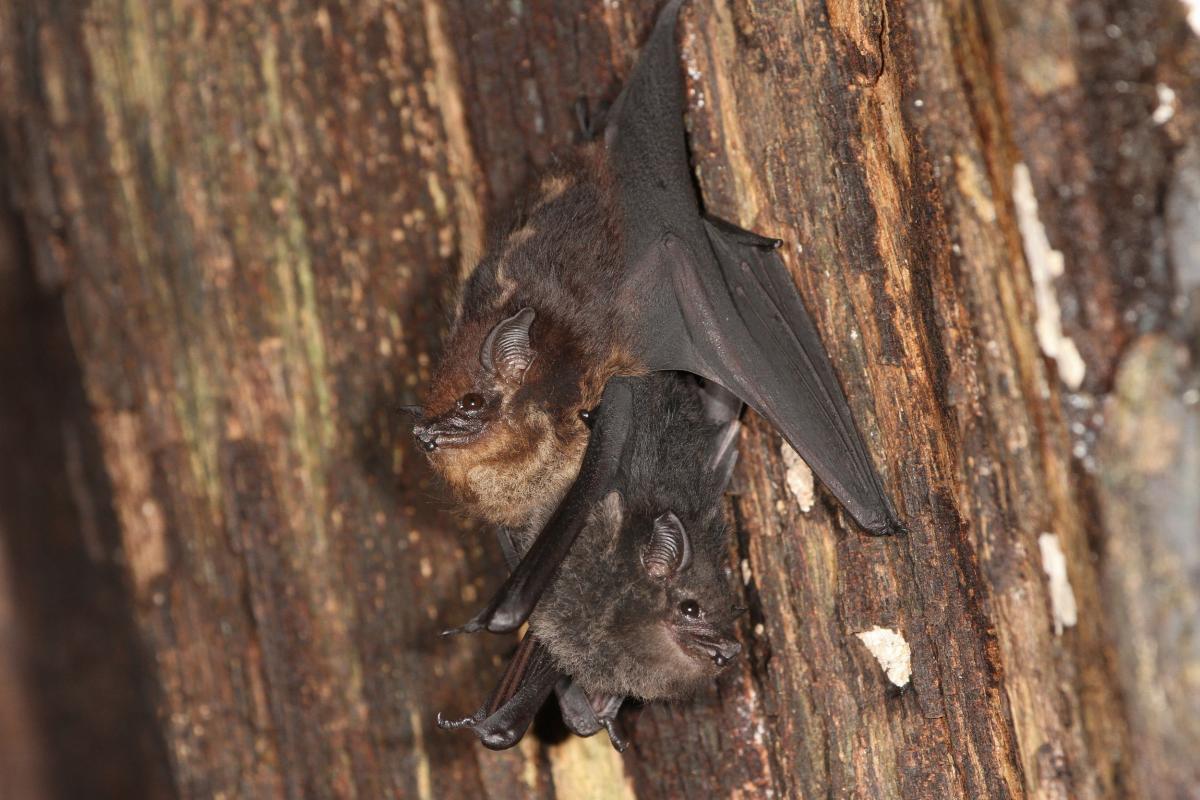 “Babytalk” or “motherese” is a special case of social feedback and plays a crucial role in infant speech acquisition. Increasing evidence shows that social feedback shapes the vocal development in many other vocal learning species. A new study published in the journal Frontiers in Ecology and Evolution describes for the first time a phenomenon reminiscent of motherese in bat vocalizations. Scientists from the Natural History Museum Berlin discovered that females of the greater sac-winged bat Saccopteryx bilineata consistently changed the timbre (i.e. color of voice) depending on whether they addressed their pups or an adult conspecific.

When parents talk to their babies they use a higher pitched voice, speak slower and pronounce words more clearly; they are talking “motherese”. This special case of social feedback plays a key role in human infant speech acquisition. Interestingly, the timbre also shifts consistently depending on whether parents talk to their infants or to other adults. Motherese exaggerates intonation contours to help infants to detect word boundaries in the continuous speech stream and increases attention and arousal in the child. However, so far the only description of a phenomenon reminiscent of motherese was reported for Zebra finches and Squirrel monkeys while reports for bats are entirely missing. Especially, differences in timbre between pup-directed and adult-directed animal vocalizations have never been addressed.

Two scientists from the Museum for Natural History Berlin, Ahana A. Fernandez and Mirjam Knörnschild investigated the pup-directed vocalizations occurring during pup ontogeny in the vocal production learner, Saccopteryx bilineata. Fernandez observed wild bat colonies in Costa Rica and Panama and recorded vocalizations from adult females. Those were either directed towards their own pup or to other adults. She used an analytical method which is used in human voice recognition to extract so-called acoustic features. These features summarize common acoustic parameters and describe the timbre of the voice.

The analysis revealed that the sound of the females´ voices changed depending on whether they were addressing their own pups or adult conspecifics, just like in humans. It remains to be investigated what the exact function of these pup-directed vocalizations are: they occur during mother-pup reunions and while pups engage in a vocal practice behavior which is reminiscent of infant babbling. “It would be conceivable that these pup-directed female vocalizations provide similar benefits as motherese in infants: as a general positive social feedback to pups during their vocal practice” explains Fernandez.

Native bats do not carry the corona virus and must still be protected. You can find more information here.
Link to the publication: https://doi.org/10.3389/fevo.2020.00265