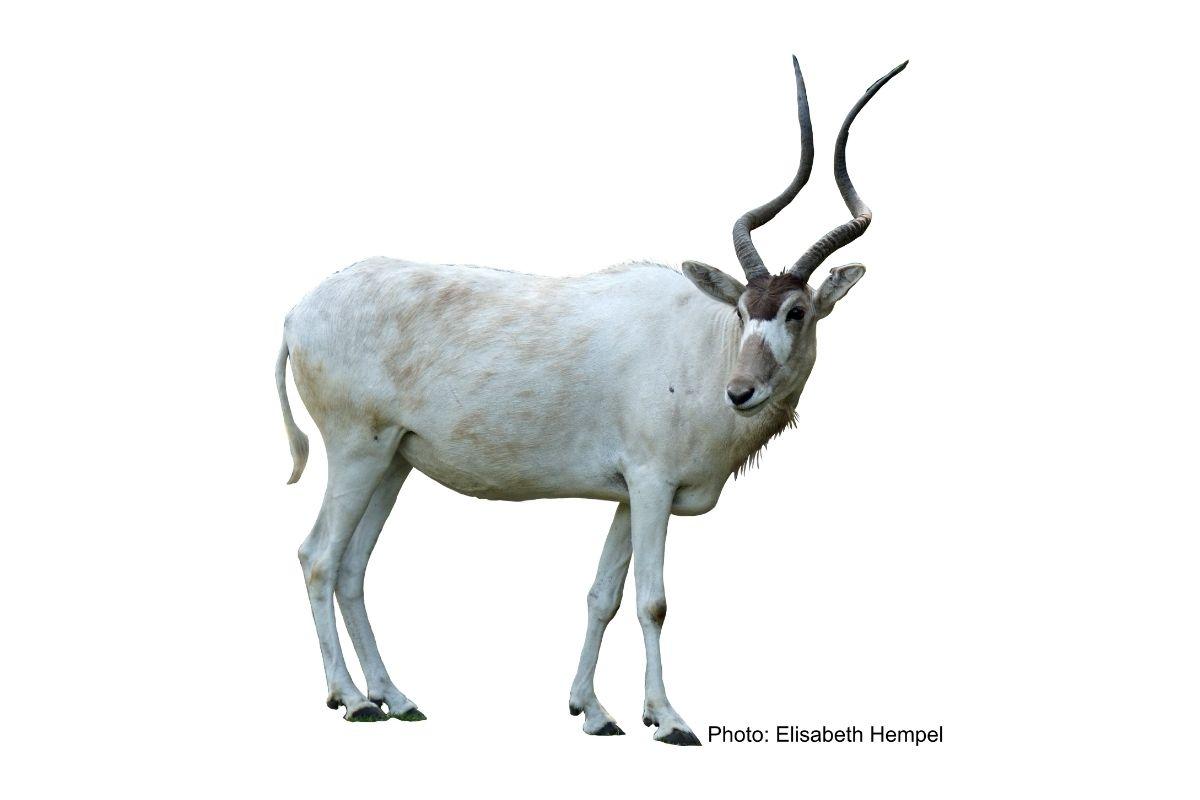 The addax is a critically endangered antelope that used to roam the Sahara Desert in large numbers, but is today restricted to a few small vulnerable populations in the wild. An international team of scientists led by the Museum für Naturkunde Berlin and the University of Potsdam sequenced DNA from historical museum specimens. Their study, published in Genes showed that addax used to roam widely across their entire Saharan range before human disturbance drastically reduced their numbers and potentially their genetic diversity too. This work emphasises the importance of museum collections for research about the preservation of highly endangered species.

For species on the verge of extinction it is of utmost importance that their genetic diversity is characterised to coordinate conservation efforts and reintroductions. The addax (Addax nasomaculatus), a North African antelope living in the Sahara, is one of the most arid-adapted ungulates. It was common across the Sahelo-Saharan region west of the Nile before losing ~99% of its former distribution range since the 19th century. Today it is one of the most endangered large mammals in the world, with less than 100 individuals estimated to be living in the wild (thousands exist in zoos and on private ranches), and it remains highly threatened by continued hunting and habitat loss. Nonetheless, almost nothing is known about the evolutionary history of this arid-adapted antelope.

Museum collections are the sole source of historical sequence information for species that are extinct or almost extinct in the wild. Specimens collected over the last 200 years, prior to major population growth and industrialization, provide critical insights into the genetic diversity of species in the recent past. The Museum für Naturkunde in Berlin (MfN) houses a large collection of African bovids, of which ten addax specimens from across its former range were genetically sequenced by an international team of scientists led by the MfN and the University of Potsdam.

“We discovered that the mitochondrial as well as the nuclear diversity of the addax is lower than in other African bovids,” said lead author Elisabeth Hempel, a PhD student at the MfN and the University of Potsdam. “These historical samples provide unparalleled insight into the biology of this unique species and clearly show that, prior to major human disruptions, addax enjoyed a high degree of mobility across their entire Saharan range,” added Faysal Bibi, a senior scientist at the MfN who co-supervised the study. These findings show that gene flow and mobility across large geographic areas were key to the addax’s lifestyle, and will probably be critical factors in the success of conservation and reintroduction programs.

The analysis of the nuclear genome of a zoo individual shows that addax experienced an almost continuous decline in population size over the last 30,000 years. Similar drops in population size have been noted for many large mammals during this time (the Late Pleistocene), and which might be related to climatic changes. Comparison of the mitochondrial genomes of zoo individuals from France and Germany suggests that diversity in zoo populations is much lower than it was in the wild in the recent past. Nonetheless, the analysis of the zoo animal from Berlin showed no or only weak signs of inbreeding despite the lower mitochondrial diversity in comparison to historical times. This bears positive implications for reintroduction programs using zoo individuals.

The scientists urge for concentrated actions for the conservation of the remaining diversity of the addax, as already advocated by the International Union for the Conservation of Nature (IUCN), to save the species from almost certain extinction in the wild.

The data is freely available worldwide.