Berlin Declaration: For the Future of Humankind 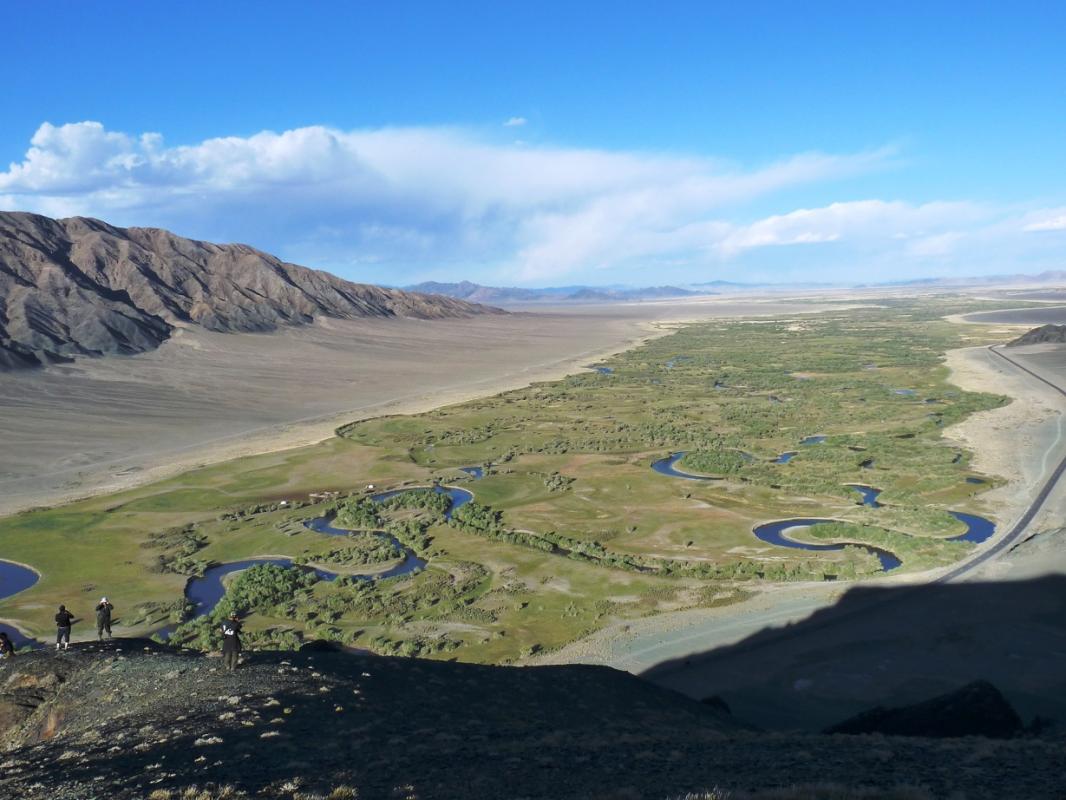 Berlin/Bonn/Frankfurt, 05/19/2022. Thirty years after the first Earth Summit in Rio de Janeiro, biodiversity loss and global climate change are the greatest and most pressing challenges of the future. Nothing less than our very existence is at stake. Under the leadership of the three Leibniz Natural Research Museums, a broad alliance of renowned researchers calls on the German government in its “Berlin Declaration” published today to live up to the special responsibility of the G7 presidency in combating these “twin crises.” The Convention on Biological Diversity (CBD COP15), currently scheduled for the end of August, would offer the historic opportunity for an urgently needed trend reversal in favor of stronger climate and biodiversity protection. In their position paper, the researchers present concrete recommendations for action, with “nature- based solutions” as an essential key to success.

Since the 16th century, at least 680 vertebrate species have become extinct. According to forecasts, we could lose 40 percent of all insects worldwide within the next few decades. 75 percent of natural terrestrial ecosystems and about 66 percent of marine ecosystems have already been significantly impacted or even destroyed – some 3.2 billion people are already affected by this today. “If we do not succeed in halting the catastrophic loss of biodiversity in this decade, we run the risk of losing up to one million species and failing to achieve 80 percent of the sustainability goals and key targets of the Paris Climate Agreement!” warns Prof. Dr. Johannes Vogel, Director General of the Natural History Museum Berlin, and he continues, “The unchecked loss of biodiversity and increasing global warming are the challenges for the future of our society.”In the two-page “Berlin Declaration” published today under the aegis of the directors of the three Leibniz Natural Research Museums, a broad alliance of researchers calls on Germany to undertake more energetic efforts to ensure the success of the Convention on Biological Diversity. With its current G7 presidency, Germany bears a special responsibility, but at the same time has considerable potential to make decisive contributions toward overcoming these “twin crises.”

In order to do justice to this leadership role, the researchers propose a series of concrete measures in the “Berlin Declaration” – with “nature-based solutions” first among them. These are measures to protect, sustainably manage and restore natural or altered ecosystems while at the same time benefiting human well-being and biodiversity. For example, at the Convention on Biological Diversity at the end of August, Germany is expected to strongly advocate the effective, global protection of 30 percent of all land and marine areas by 2030, as well as the restoration of an additional 20 percent. A clear prioritization of the sustainable protection of the most species- and carbon-rich areas on earth is essential in this regard.

In addition, significantly more money should be invested in biodiversity protection. In order to live up to its responsibility to the global South, Germany should, among other things, increase the “substantial” increase already agreed upon in the coalition agreement from its current level of around 800 million Euros to at least two billion Euros annually for the time being. In the medium term, 8 billion Euros per year would be required. The international “Legacy Landscape Fund” launched by Germany in 2021 is a very powerful instrument for the sustainable protection of the most species- and carbon-rich areas on Earth, according to the signatories. One billion Euros in additional private funds could be mobilized globally if two billion Euros of public money were invested. Instead of the current seven, up to 100 major protected areas could be permanently safeguarded worldwide for future generations. According to the “Berlin Declaration,” the nearly 67 billion Euros in annual environmentally harmful subsidies in Germany, around 90 percent of which are classified as harmful to the climate, could be used to finance such measures. These public funds should be employed in such a way that they have a positive impact on both nature conservation and climate protection.

In the words of Prof. Dr. Bernhard Misof, director of the Leibniz Institute for the Analysis of Biodiversity Change: “We can only overcome the “twin crises” jointly and together with nature. Synergies must be used. Negative effects on the respective other crisis must be explicitly avoided. Leading scientists and economists see “nature-based solutions” as an economically efficient way to promote ecosystem conservation and renaturation. This will protect the biodiversity that is so precious to us humans, while at the same time sustainably curbing global warming. Investments in “nature- based solutions” generate benefits with high monetary and non- monetary value. Protecting mangrove forests alone can avoid $80 billion in damage annually while protecting 18 million people in the process.”

The Director General of the Senckenberg Gesellschaft für Naturforschung and initiator of the “Berlin Declaration,” Prof. Dr. Klement Tockner, summarizes: “We need clear priorities in the protection and active management of nature. The scientific facts are on the table – and they are convincing! With our biodiversity, we are losing “nature’s libraries” at an unimagined rate – more than 100 times faster compared to natural loss. However, there is still a lack of awareness, of the courage to act, and of a determined, effective implementation by politics, business, and society. The necessary goals in climate and biodiversity protection can only be achieved with a fundamental transformation in the way society deals with our natural basis of life. We owe this to our children, grandchildren, and future generations!”

Link to the Berlin Declaration and additional materials:

The Natural History Museum Berlin (MfN) is an integrated research museum of the Leibniz Association with international appeal and a globally networked research infrastructure. As an innovative communication center, it goal is to shape the scientific and social dialogue about the future of our planet and develop a democratic knowledge-based society. Teams from different disciplines explore the more than 30 million collection objects concerning the evolution of the Earth and of life. Topics range from the development of the solar system to the mechanisms of evolution and the diversity of life on Earth. In addition, the scientific-historical, cultural and artistic significance of the objects is explored and reflected upon. Over the next ten years, the Natural History Museum Berlin will consistently implement the Future Plan, which is funded with a total of 660 million Euros by the federal government and the state of Berlin. The Future Plan aims to intensify the dialogue between science, business, politics, and society in order to find science-based solutions to the challenges of the future. Additional information is available on the website of the Museum für Naturkunde Berlin www.museumfuernaturkunde.de

The Leibniz Institute for the Analysis of Biodiversity Change (LIB) is dedicated to the study of biodiversity and its changes, and the results are conveyed to society at large in an informative manner. In order to better understand the current mass extinction of flora and fauna, scientists are searching for correlations and causes of – frequently man-made – changes. The goal is to develop solutions for the preservation of ecosystems and species in order to maintain the basis of current life. Additional information is available on the website of the Leibniz-Institut for the Analysis of Biodiversity Change www.leibniz-lib.de

The Senckenberg Gesellschaft für Naturforschung (Senckenberg Nature Society), a member institution of the Leibniz Association, has studied the “Earth “Earth System” on a global scale for over 200 years – in the past, in the present, and with predictions for the future. We conduct integrative “geobiodiversity research” with the goal of understanding nature with its infinite diversity, so we can preserve it for future generations and use it in a sustainable fashion. In addition, Senckenberg presents its research results in a variety of ways, first and foremost in its three natural history museums in Frankfurt, Görlitz, and Dresden. The Senckenberg natural history museums are places of learning and wonder and serve as open platforms for a democratic dialogue – inclusive, participative, and international. The Senckenberg Natural History Museum in Frankfurt is part of the Senckenberg Research Institute and Natural History Museum Frankfurt, one of the Senckenberg Society’s seven institutes. Additional information is available on the website of Senckenberg Gesellschaft “world of biodiversity”  www.senckenberg.de