Birds of a different feather flock together – and yet… 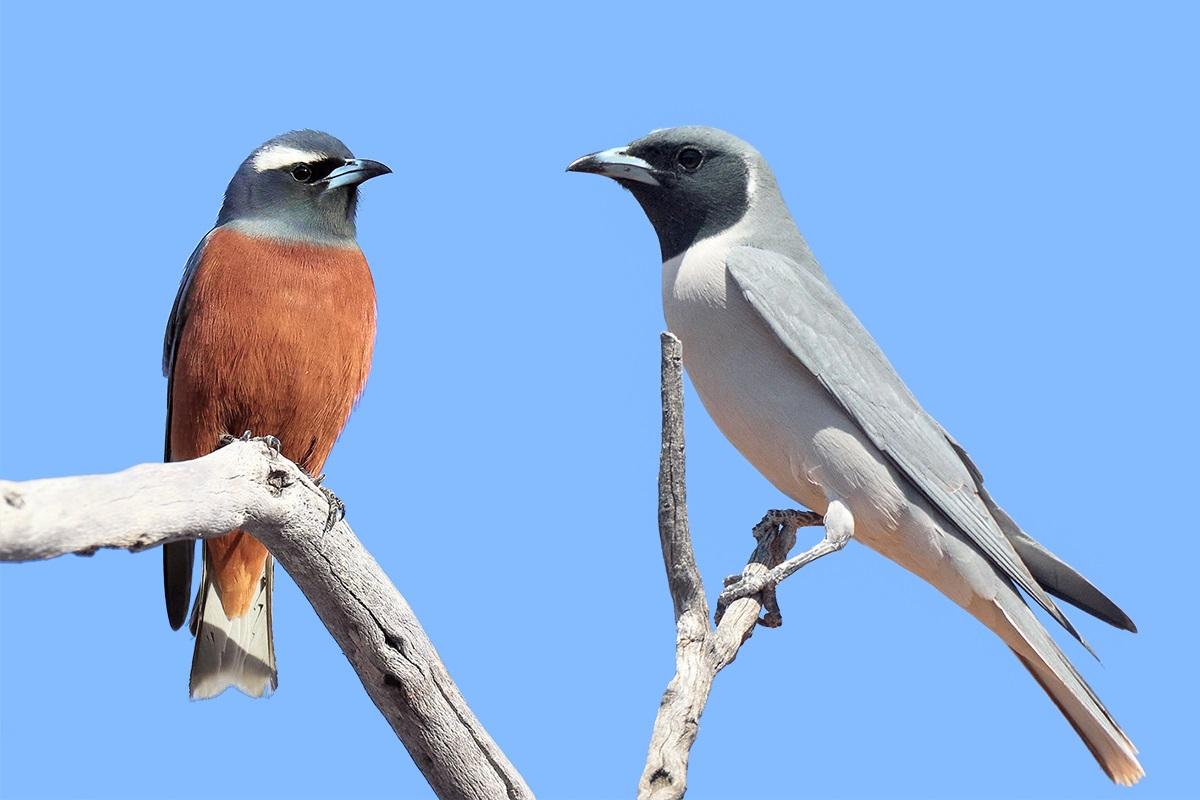 Scientist from the Museum für Naturkunde Berlin, together with colleagues from the USA and Australia, have succeeded in demonstrating the complexity of species evolution and evolutionary processes by studying the genomic variability of two putative swallow species in Australia. Contrary to expectations, the team of scientists was able to demonstrate that the genetic information of the two bird species hardly differs, despite significantly different coloration and pattern of the plumage.

The different plumage coloration of birds is often used to identify and classify bird species. Since plumage plays an important role in mate choice and thus in the reproduction of birds, differences in plumage have been used as an important indicator for species assignment. In many cases, these very obvious morphological differences are reflected in the genome of the birds. The more divergent the plumage pattern, the more likely it is to detect differences at the DNA level. However, this is not the case for the birds examined in this study – the masked woodswallow and the white-browed woodswallow.

The masked woodswallow, characterized by blue-gray plumage and black head coloring, and the brown-gray colored white-browed woodswallow both live in the same habitats in eastern Australia and sometimes share the same tree. "For a long time, it was believed that the two species of woodswallows must be different, as there is little mating between the birds despite sharing the same habitat," explained Dr. Joshua Penalba, a scientist at the Museum für Naturkunde Berlin and first author of the study. "However, a few years ago, doubts arose about the species status because no differences in mitochondrial DNA could be detected. These results were very surprising, as it is assumed that species that can maintain differences in plumage should also have some differences in DNA or, conversely, species that have no differences in DNA should have high incidence of hybridization – neither of which is the case in these two species", he adds.

To further investigate this unusual phenomenon, the scientists conducted a comprehensive analysis of the DNA from the slower-evolving nuclear genome of the two putative swallow species as part of their work and made an interesting discovery. "By applying a wide variety of methods to analyze genomic DNA and population structure, we were able to show that the genomes of the masked woodswallow and the white-browed woodswallow barely differ," Dr. Joshua Penalba reports. The researchers' results are in line with previous studies of mitochondrial DNA and make it clear that it is not always straightforward to draw conclusions about conspecificity based on plumage. While this lack of structure is evident in most of the genome, large differences were detected near two genes that are part of a pathway involved in feather development. Although, it is still too early to draw conclusions from this discovery, it opens up new opportunities for future studies.

The specific reasons for the differentiation could not be fully elucidated, but the reconstruction of demographic history performed by the experts suggest that the birds diverged very recently came back into contact shortly after. The researchers also complemented this with simulations that show different ways how this plumage divergence can evolve in such a short period of time.

Overall, the results of the study demonstrate the complexity of the evolutionary processes leading to the emergence of new species and the metrics of differentiation that we often use to distinguish species won’t always be enough to provide a clear a picture. Thus, this study lays an important foundation for exciting future research projects dealing with plumage variation, speciation and the origins of biodiversity.