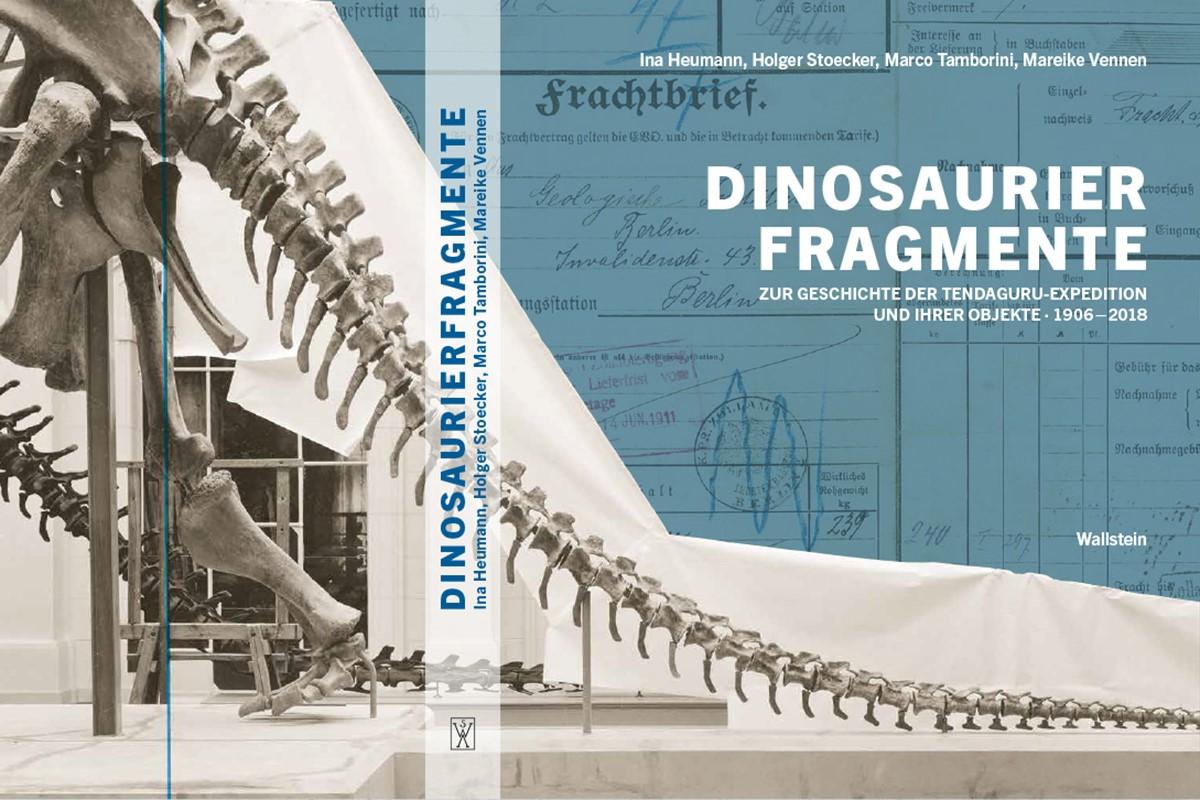 For eight decades, one object has dominated the Berlin museum landscape: the dinosaur skeleton of Brachiosaurus brancai. From 1909 to 1913, under the direction of the Museum für Naturkunde Berlin, 225 tons of fossil bones were excavated in the colony of Deutsch-Ostafrika, transported to the coast and shipped to Berlin. A new book follows the eventful history of these objects through the 20th century: Found and excavated during the colonial period, erected during the Weimar Republic and the "Third Reich" and rebuilt after the war in East Berlin, the finds are still the focus of the Museum für Naturkunde Berlin today. In the history of the Tendaguru expedition and its world-famous, multi-layered and fragmentary objects, an interplay of politics, science and museum can be seen that continues to shape the presentation, knowledge and debates surrounding Brachiosaurus brancai to this day.

The book is the result of a three-year joint project funded by the Federal Ministry of Education and Research. The collaborative partners were the Institute for Art Studies and Historical Urban Studies at the Technical University of Berlin, the Seminar for African Studies at the Humboldt University of Berlin and the Museum für Naturkunde Berlin. The interdisciplinary research of the three partners focused on the world-famous dinosaur skeleton of the Brachiosaurus brancai - pars pro toto of an extensive scientific collection - as a central source for colonial, cultural and museum history. This combines local museum history with global colonial history, scientific history with popular history.

In particular, the book follows the political history of the object and focuses on the question of its origin. The book thus focuses on the entanglements of natural history, museums and politics, the concrete contexts of discovery, excavation and appropriation, but also the stages of museum processing and presentation, translocations and provenance. At the same time, the focus is on the knowledge history of the object and the question of its significance for the development of palaeontology as a science in an international context. The authors have found traces of this history not only in surviving archives and museum inventories, but also in some unexpected places - in children's books, marginal notes, on maps and discarded object plates, in novels and packaging materials. The book investigates these objects and actors, which have so far received little attention. The history of the Tendaguru objects thus proves to be a history of diverse translocations and a networked history that reaches far beyond the Berlin Museum and connects Berlin with Dar es Salaam, London, Stuttgart or Cape Town.

For 26,90 Euro available in bookstores and museum shops