Discovery in the Petrified Forest 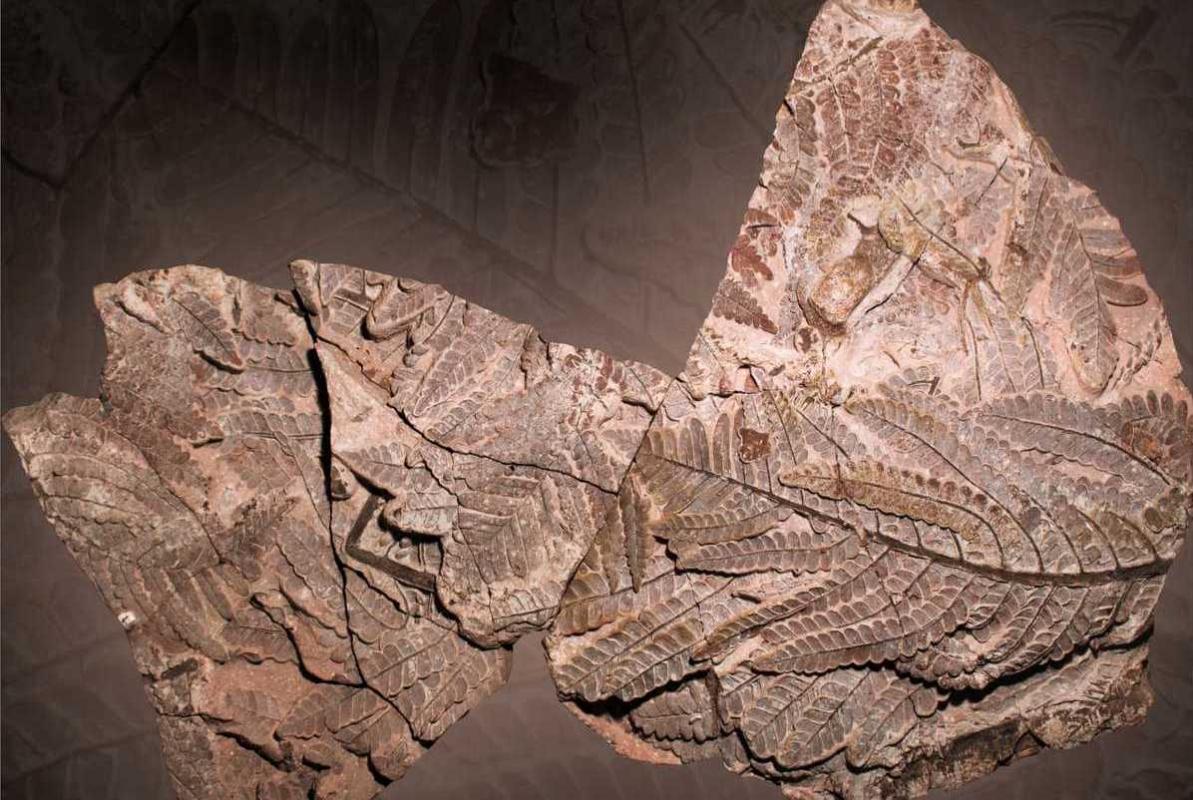 Researchers with the participation of the Museum für Naturkunde Berlin have described a new plant taxon from the Chemnitz Fossil Forest. The huge, 291-million-year-old seed fern will be studied further in the coming years. The aim is to explore the diversity of plants in the early Permian forests and their role in the increasingly extreme ecosystems of this time. The results will contribute to a better understanding of the interactions between vegetation and climate in the late Paleozoic, a time at the end of a major glaciation phase on our planet roughly comparable to our climatic situation today.

A team of palaeobotanists has described a particularly impressive fossil of a seed fern plant (Medullosa stellata Cotta 1832), a group of now extinct seed plants that resemble large tree ferns in foliage and growth habit. The crown of the plant, which had broken off the trunk during a volcanic eruption and fallen upside-down into volcanic ash, was excavated in the Chemnitz Fossil Forest in 2010. About 291 million years ago, a complete forest, including flora and fauna, was buried under thick layers of ash and has been preserved three-dimensionally in great detail to this day. Palaeontological research opens up unique insights into this ancient world, especially with regard to the interaction of organisms and their adaptation to the environment.

After more than 10 years of elaborate preparation work, the first detailed reconstruction of a Medullosales seed fern is now available. The plant had a slender stem up to 10 m long with an umbrella-like crown of several fronds, each over 3 m long and with an impressively large leaf surface of fine leaflets. These seed ferns grew in the rather shady understory of the forest, where huge cordaite trees (early relatives of conifers) formed the canopy. The large fronds were ideal for maximising yield of the incident sunlight. The researchers assume that these plants had a high water absorption and evaporation capacity. Therefore, they were probably dependent on year-round humid sites with a high groundwater level. They were widely distributed in the early Permian landscapes. In the increasingly dry climate of the supercontinent Pangaea, the Medullosales died out at the end of the Permian.

So far, little is known about these enigmatic plants. Their research is to be intensified in the coming years as part of a planned DFG project. The scientific work will be based on extensive fossil material in the palaeobotanical collections of the Museum für Naturkunde Berlin and the Museum für Naturkunde Chemnitz. The aim of the research is to explore the diversity of plants in the early Permian forests and to investigate their role in the increasingly extreme ecosystems of this period. "An exciting aspect of this is to look at certain analogies in the ecological role of these seed ferns compared to flowering plants of today's tropics or subtropics," says Ludwig Luthardt, a palaeobotanist at the Museum für Naturkunde Berlin. "The results contribute to a better understanding of the interactions between vegetation and climate in the late Paleozoic, a time at the end of a major glaciation phase on our planet roughly comparable to our situation today."