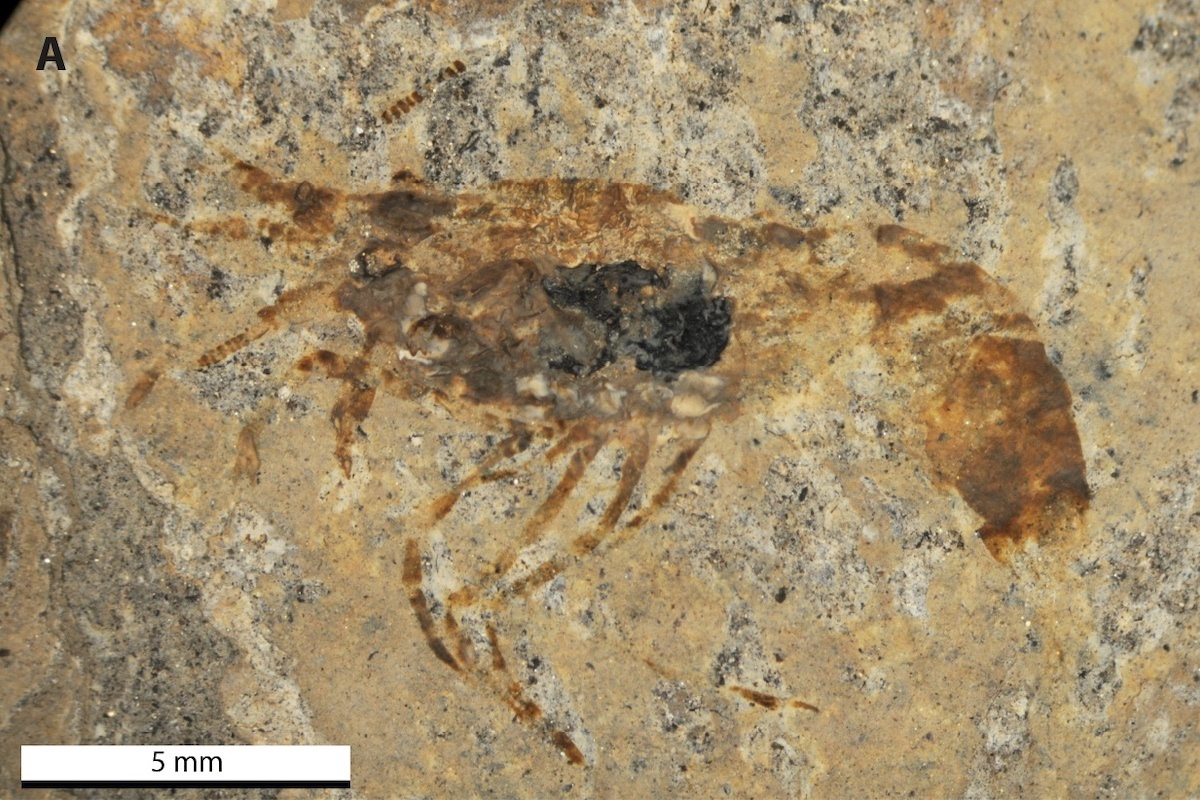 An international team of researchers led by the Museum für Naturkunde Berlin has described Germany's first fossil freshwater shrimp species in the journal Scientific Reports. Most shrimps love marine habitats, but this 48-million-year-old fossilised shrimp from the Eocene comes from the UNESCO World Heritage Site Messel Pit, a former freshwater lake. Since even rare organ structures have been preserved, the shrimp is another piece of the puzzle in the reconstruction of this unique ecosystem.

"The new species Bechleja brevirostris is the first and only fossil record of freshwater shrimps from the Eocene in Europe and the second worldwide after Bechleja rostrata from the Green River Formation in Wyoming, USA, 8,000 kilometres away", first author Valentin de Mazancourt, who works as an Alexander von Humboldt Postdoc at the Museum für Naturkunde Berlin, is pleased to say.

Shrimps help to keep the ecosystem in balance by feeding on the ground. One would expect them in marine habitats, in coral reefs and in the deep sea, but not in a freshwater lake like the one that formed in Messel about 48 million years ago. But there are also freshwater species. Researchers at the Museum für Naturkunde Berlin have been working on living freshwater shrimp in Sulawesi for decades. A new species was even named Caridina clandestina by listeners of RBB Inforadio in 2018.

In the case of the new fossil freshwater shrimp species Bechleja brevirostris, preservation even allows conclusions to be drawn about internal organ structures, which is quite rare for such organisms. Thus, the study of a small shrimp provides new insights into the palaeoecosystem of an ancient crater lake. Due to the exceptional state of preservation and the abundance of fossils, the Messel Pit probably offers the most detailed insight into a terrestrial ecosystem 48 million years ago. The finds are in the Messel collections of the Senckenberg Research Institute and Natural History Museum Frankfurt and the Hessisches Landesmuseum Darmstadt.