First global analysis of threats to all reptile species

A new mailing system for press releases will be introduced from 01.07.2022. Only persons who have registered via our new registration form will receive press releases after this time. 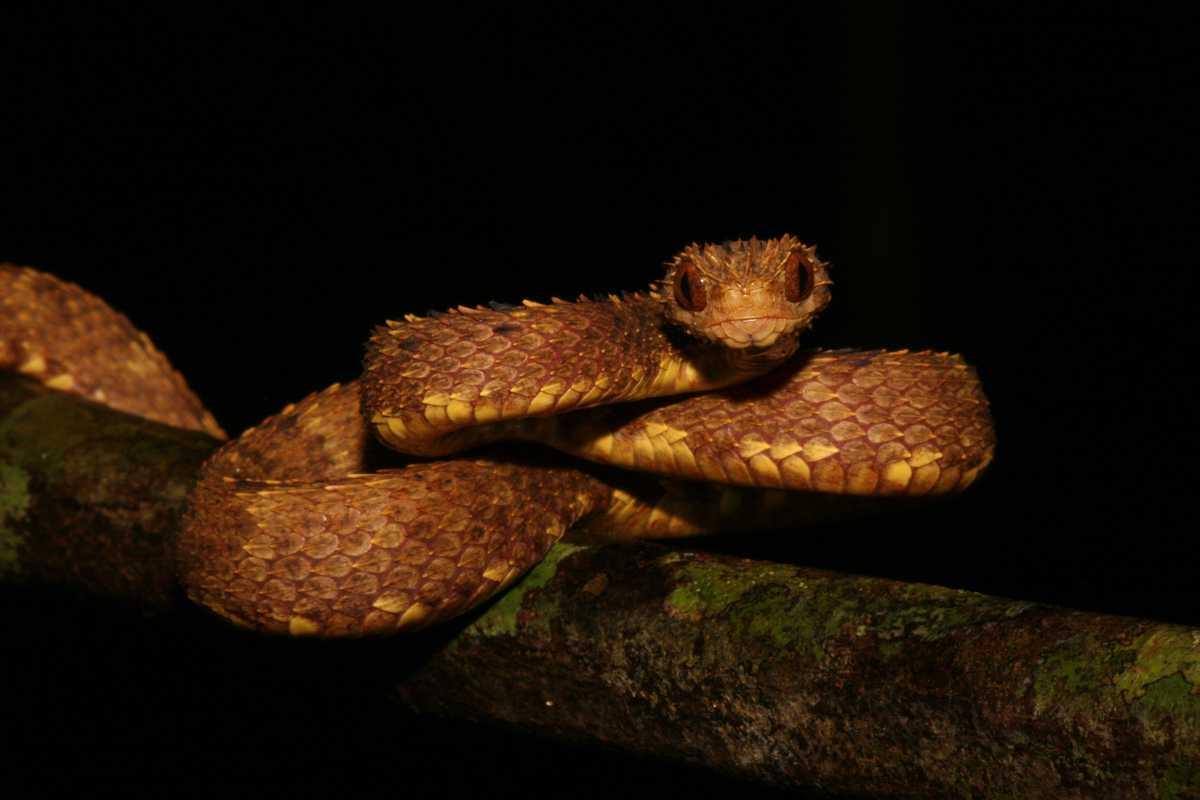 For the first time ever, turtles, crocodiles, snakes, lizards and tuataras have been comprehensively assessed in terms of their threats. The study, which was published in the journal Nature with the participation of the Museum für Naturkunde Berlin, analysed data from over 900 scientists compiled in the global Red List of the International Union for Conservation of Nature (IUCN). It comes to the conclusion that 21% of the 10196 reptile species recorded are threatened. Of these, turtles and crocodiles are particularly endangered.

The group of turtles, crocodiles, lizards (including snakes) and tuataras, often referred to as reptiles, is the most species-rich group among terrestrial vertebrates. For the first time, these have now been comprehensively studied (10196 of at least 11690 species) with regard to their threat and the results published in the journal Nature. In total, data from more than 900 scientists were included in the study, which was compiled as part of the assessments of the global Red List of the International Union for Conservation of Nature (IUCN). The result is that 21% of all recorded species are considered threatened. One of the main reasons is the ever increasing destruction and alteration of habitats. "It is therefore particularly important to look for solutions to preserve intact habitats, especially forests, in their natural state or, if possible, to use them sustainably at best," emphasises Dr Mark-Oliver Rödel from the Museum für Naturkunde Berlin, one of the co-authors of the study.

"In addition, we have to take a differentiated view of the causes of endangerment," adds Dr Philipp Wagner, Curator of Research & Species Conservation at the Allwetterzoo in Münster and also co-author, "because individual groups within these reptiles are clearly more threatened than others. Indeed, the study also shows that 58% of all turtle species and 50% of all crocodile species are threatened with extinction - and not primarily through habitat loss, but mainly through illegal hunting and trade." Together with amphibians, these two groups are thus among the most threatened terrestrial vertebrates worldwide.

Another important result of the study is that for 1500 of the total of 10196 species there is not enough data to be able to evaluate them from a species conservation perspective. Since these are mostly species with a small range, it can be assumed that most of them are also highly threatened. "Thus, unfortunately, it can be assumed that the assessments as made in the study are generally very conservative. That is, one underestimates the degree of threat for many species. Often you realise too late how bad things are for many species, especially reptiles," adds co-author Dr Johannes Penner, Curator of Research and Zoology at Frogs and Friends. "Much therefore needs to be done to halt the loss of biodiversity."

At the Museum für Naturkunde Berlin, research is being conducted into the extent to which habitat changes affect species and species communities, both in the course of the Earth's history and currently as a result of human activities. Among other things, research is being conducted into whether the selective use of tropical timber is sustainable and whether or how long it takes for rainforest communities to regenerate.

Citizen Conservation is a joint product of Frogs and Friends, the German Society for Herpetology and Terrarial Science (DGHT) and the Association of Zoological Gardens (VdZ). The aim is to counteract the extinction of species and thus the decline in biodiversity with coordinated conservation breeding programmes. Citizens work hand in hand with professional institutions to generate and collect knowledge about endangered species, to expand existing capacities for species conservation and to create reserves so that species can be preserved in the long term.

Free press pictures you get here.

Picture 1: Zhou's hingeback turtle Cuora zhoui (male). An Asian tortoise species that is only known from the trade and has never been found in the wild by biologists. It is probably now extinct in the wild. Photo: Christian Langner, Allwetterzoo

Photo 2: Yellow-headed turtle Indotestudo elongata. A species of turtle once heavily traded in Asia, its population has plummeted so much due to this trade that it is now considered critically endangered. Photo: Philipp Wagner, ACCB, Allwetterzoo

Photo 3: The Tonlé Sap water snake Enhydris longicauda. A purely aquatic snake found only in Lake Tonlé Sap in Cambodia. The IUCN last classified it as endangered in 2009. However, since many tonnes of aquatic snakes are fished and traded from the lake every year, it must now be assumed that this species is far more endangered. Photo: Philipp Wagner ACCB, Allwetterzoo

Photo 4: The adder used to be widespread in Germany. Today it is only found in scattered remnant populations. Besides habitat destruction and the killing of animals, today it also suffers from climate change and invasive predators. Both lead to a reduction of prey, especially for young adder species. Photo: Mark-Oliver Rödel, Museum für Naturkunde Berlin

Photo 5: Chameleons like this dwarf chameleon, Palleon nasus, from the rainforests of western Madagascar, suffer particularly from the destruction of their habitats, but also from the illegal pet trade. Photo: Mark-Oliver Rödel, Museum für Naturkunde Berlin

Photo 6: For a long time, the skink Trachylepis keroanensis was known to science only through very few museum specimens. It is now known what this species looks like alive and that it occurs in the savannahs of Guinea and Mali. Unfortunately, not much more is known, which is why the species is classified as "Data Deficient" on the ICUN Red List. Photo: Johannes Penner, Frogs and Friends e.V.

Photo 7: Only two males of the West African Hairy Bush Viper Atheris hirsuta have been found so far, one in Côte d'Ivoire and one in Liberia. What the females look like is unknown, as is the lifestyle of this species, which is why it is also classified as "Data Deficient". Photo: Johannes Penner, Frogs and Friends e.V