How life on land learned to breathe 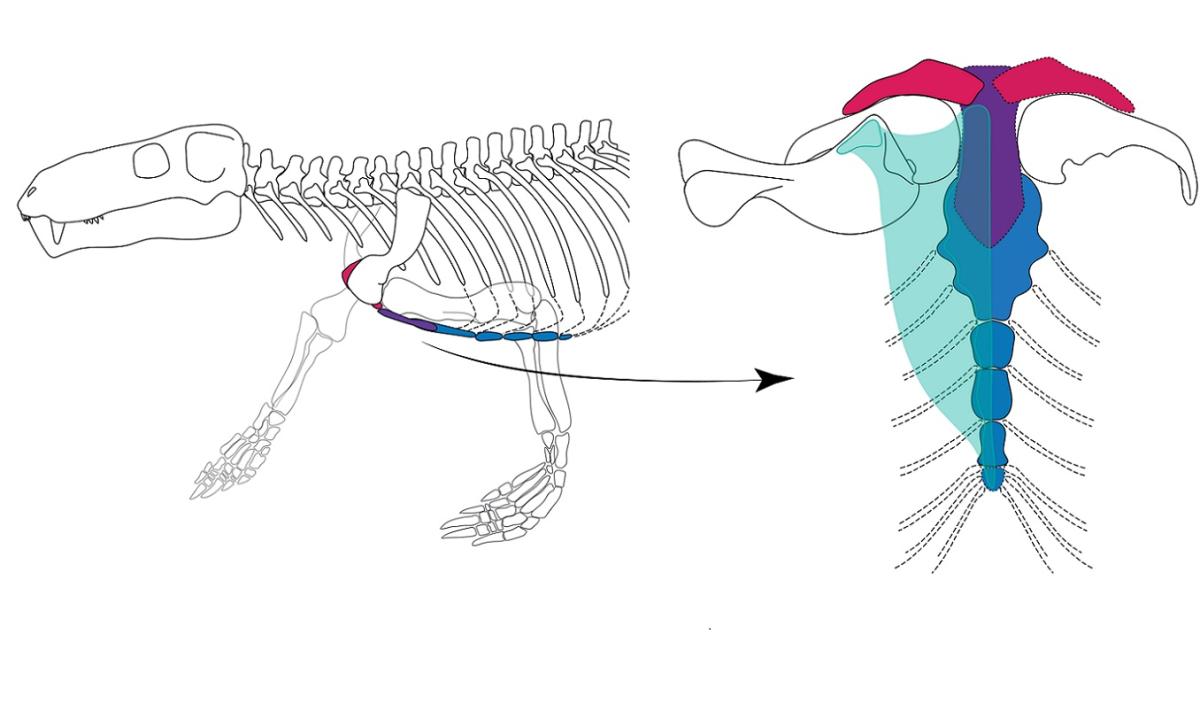 Scientists from the Museum für Naturkunde Berlin, together with collaborators from South Africa and the USA, have revealed a new chapter in the history of the mammalian breastbone. Their study of a 260-million-year-old fossil shows that its breastbone was divided into a series of segments, like that of modern mammals. This discovery indicates that prerequisites of the mammalian way of walking and breathing were already present in some distantly related Permian ancestors.

In a recent study, led by PhD candidate Eva-Maria Bendel of the Museum für Naturkunde Berlin and the Humboldt-University Berlin, the evolutionary history of the mammalian breastbone has been traced. Together with experts from the North Carolina Museum of Natural Sciences, the University of Chicago, and the Iziko South African Museum, the team links the anatomy of a group of mammalian forerunners with the way of life of today’s mammals.

Based on an especially complete specimen at the Iziko museum in Cape Town, South Africa, Bendel identified the oldest recorded sternum consisting of multiple elements, just like in modern mammals. “I noticed right away that the configuration in this gorgonopsian is something exceptional”, she notes.

In the open access journal Scientific Reports, the team now describes the thorax and shoulder girdle of the Permian top predator Gorgonops torvus. The findings suggest one of two possibilities: (1) that the “mammal-like” condition arose first in the group Gorgonopsia but then was temporarily lost again on the mammalian stem or (2) that this trait evolved independently in the two groups.

The presence of a segmental breastbone furthermore helps mammals to a more upright posture and erect gait, drastically enhancing their mobility. The researchers assume that the characteristic way mammals breathe by means of a diaphragm has already developed in their early ancestors. This may have aided gorgonopsians in becoming the dominant group of predators at top of the food chain in the late Permian.

Published: Bendel et al. The earliest segmental sternum in a Permian synapsid and its implications for the evolution of mammalian locomotion and ventilation, Scientific Reports