Insight into the evolution of bones 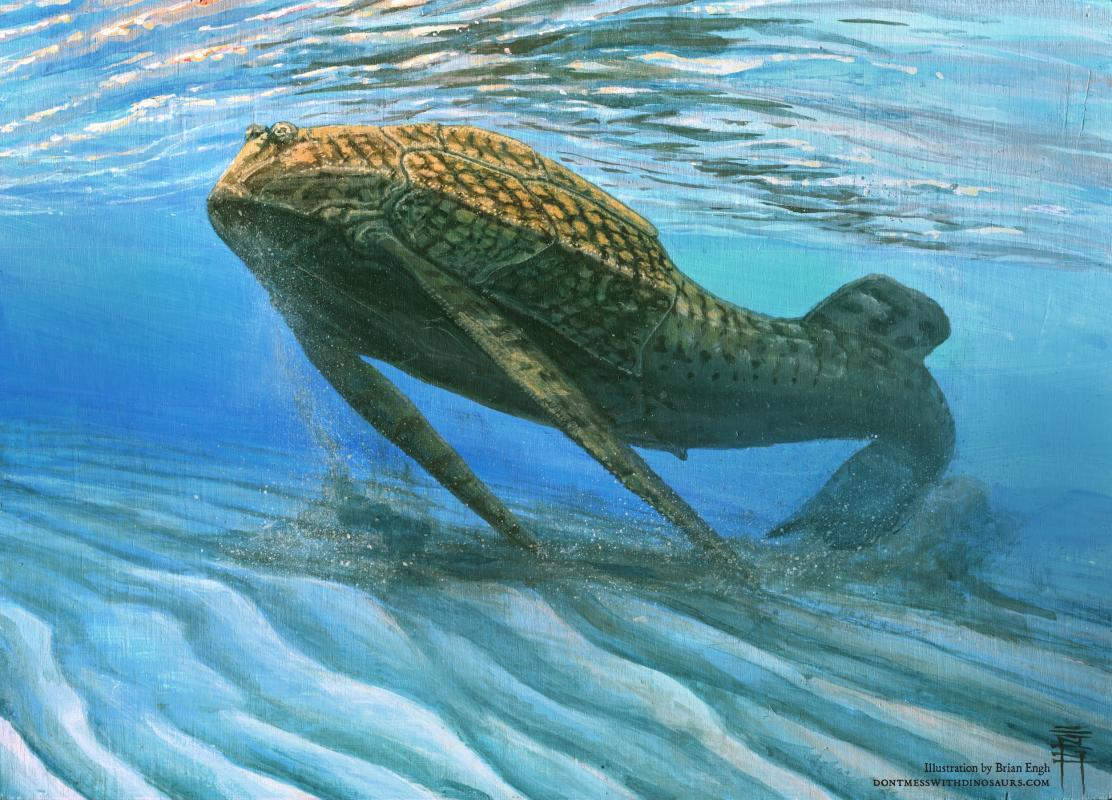 Modern biology considers bone cells as essential for bone development and health. However, when bone initially evolved some 400-million years ago, it did not contain bone cells. So why did bone cells evolve? A joint team of palaeontologists at the Museum für Naturkunde Berlin and the Muséum national d'histoire naturelle Paris has now for the first time analysed these structures in 400 million-year-old fossil fishes in the collection of the museum. To be able to view these structures, tomography experts at the Helmholtz-Zentrum Berlin (HZB) examined the samples under the focussed ion beam of a scanning electron microscope to calculate 3D images from the data.

Whether fish, fowl, or mammal, all vertebrates have an internal skeleton of bones. In almost all vertebrates (with the exception of certain bony fish), the bone consists of a complex composite of minerals, proteins, and living bone cells (osteocytes) entrapped in the bone matrix. The bone cells are interconnected by tiny channels so that they can exchange substances and electrochemical signals, allowing the bone to grow and regenerate. Still, this complex architecture of live and inorganic material must have emerged at some point in the course of evolution. A team at the Museum für Naturkunde Berlin headed by Dr Florian Witzmann is investigating how and when this happened. Now they have discovered a possible milestone in this development, found on fossils in the research collection of the Museum für Naturkunde Berlin.

They have examined fossilised samples of bony armour from two early fish species that lived around 400 million years ago. One sample came from Tremataspis mammillata, a jawless fish that lived in the late Silurian period about 423 million years ago and belongs to the extinct group called Osteostraci. The second, much younger sample was a piece of bone from the fish Bothriolepis trautscholdi that lived in the late Devonian period about 380 million years ago and belongs to the extinct Placodermi, the earliest group of jawed fishes. “It was already known that these early vertebrates had bone cells, but we knew little about how the cells were connected to each other, as well as anything about the detailed structure of the lacuna, or cavities, in which the bone cells were located in the living animal. In order to be able to make more precise statements about bone metabolism, we had to have far more detailed images of these structures than were previously available”, says Witzmann.

Elaborate analysis of the high-resolution 3D images shows in detail how the network was constructed of cavities (lacuna) and the channels between them. “This proves that our early, still-jawless ancestors already possessed bones characterised by internal structure similar to ours and probably by many similar physiological capabilities as well”, Witzmann explains.

“The most important palaeobiological finding is that we can also detect actual traces of metabolism in these earliest bone samples”, says Yara Haridy, who is doing her PhD at the Museum für Naturkunde Berlin. Through local osteolysis, i.e. dissolution of the bone matrix that surrounded the bone cells, the organism was probably able to cover its need for phosphorus in times of scarcity. This gave it an advantage over its more primitive contemporaries, who had cell-free bone, i.e. whose bones contained no osteocytes. “This advantage apparently led to the widespread establishment of bones with bone cells in vertebrates, as we know it in humans as well. It is an important step towards understanding how our own bone metabolism came about”, Haridy explains. As a summary, she emphasizes: “Even in early fossil bone, bone cells could dissolve and restore bone minerals, this means that bones themselves act as batteries by storing minerals and releasing them later! This ability provided an undoubtable advantage to jawless fish with bone cells over vertebrates without. This advantage was possibly so profound as to alter vertebrate evolution, as later jawed vertebrates retained bone cells”.

Explanatory video by Yara Haridy on bone cells and lacuna