The largest biome on earth in peril? 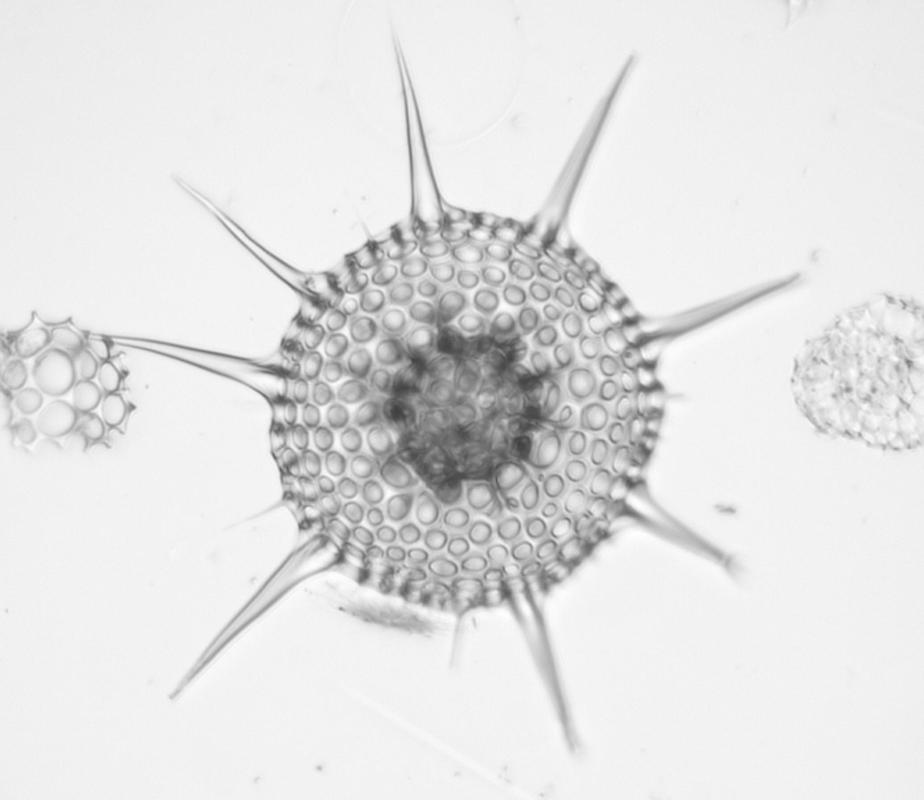 The ocean's plankton are the largest biomes on planet earth.  They are responsible for half the world's oxygen supply, and deposition of their carbon-rich remains into deep sea sediments after death are the only way that the planet has to permanently remove carbon dioxide from the atmosphere. The most important ocean regions for these vital planetary processes are found in a few areas of ocean upwelling in lower latitudes, and in particular, in the polar oceans. The fate of plankton in these regions in a future globally warmed planet is thus critical.  Until now, plankton ecologists have used our still extremely limited knowledge of these remote environments to predict that the primary change due to future warming will be a migration of species towards higher latitudes, where ocean waters are cooler.  These latitudinal shifts might disrupt some fisheries and cause other ecologic changes, but would not be devastating to plankton. In a new study published in the prestigious journal Nature Communications a team of scientists of the Museum für Naturkunde Berlin (MfN), working with colleagues at the University of Reno, Nevada, USA, have examined these predictions, using the plankton fossil record of plankton.

This allowed them to investigate plankton biomes during a 10 million-year interval of past climate change, rather than relying on observations of living plankton, which only exist for the last few decades whin temperature has been nearly constant. The fossil record of plankton is extraordinarily complete, with the large majority of species being routinely preserved as fossils in the sediments. These remarkable fossil records can be used to study many ecologic and evolutionary processes in the plankton over geologic time, where much larger changes of planetary temperature occurred.  The MfN's research group is a world leader in such studies, and was thus the natural choice of the Nevada group to partner with.  MfN researcher Dr. Renaudie had already shown in 2013, in his thesis study with Dr. Lazarus that a large fraction of warm water adapted South Polar species of radiolarians, a group that is a major component of the plankton, had disappeared from polar environments as the planet cooled several million years ago.  Until the present study however it was not known what had happened to these species.  Had they gone extinct, as the MfN researchers suspected?  Or, as the ecologists' work predicted, had they simply moved equatorward into warmer waters?

Doctoral student Sarah Trubovitz, under the guidance of her advisors Drs. Noble and Lazarus, tackled this problem head on. She began the arduous task of carefully inventorying all radiolarian species that exist in low latitude, warm water sediment sections.  Until her work, such a complete examination of the fossils had never been done.  With hundreds of species present in each geologic sample - many of them unknown to science, the task was daunting.  After two years of steady, hard work however, Sarah had compiled a vast catalog of species - nearly a thousand in all, and had carefully documented which species were found over the last several million years in these warm water environments.  Working closely with the MfN scientists, she then compared the species known to have been lost in polar regions to her data.  And the result was striking.  The large majority of polar species had not simply migrated into warmer regions as the polar regions cooled.  They had disappeared completely from the world's oceans - went extinct.  Sarah's work was, neccessarily due to the enormous effort involved, restricted to a small number of samples from the ocean tropics.  To confirm her result she then used the MfN's NSB microfossil database, which compiles the majority of published information on fossil marine plankton over the entire globe, to see if the patterns of overall tropical diversity she had also calculated from her data were present in this much larger, if also much less complete dataset.  The patterns matched extremely well.

Confident that they had accurately determined the existence and timing of a major plankton extinction in polar oceans, the team then compared the environmental histories of these two contrasting regions over the same geologic time interval. For this purpose, they compiled published geochemical data that estimates past surface ocean water temperatures from each region.  What they found is that over the last several million years, the planet has cooled, but unequally. Polar regions have cooled by as much as 10°C, while tropical regions became only a couple degrees cooler.  The polar plankton extinctions occurred when the amount of polar cooling exceeded approximately 6°C.  This seems to be a threshold of toleration, beyond which many plankton species, unable to migrate, become extinct.

This is a warning for the fate of plankton in our own future.  Many predictions of future warming due to human activities are for as much as 7-10°C in polar regions, which well exceeds the threshold for extinction of radiolarian species, and probably other polar plankton as well. Even worse, unlike the geologic past, where cooling allowed in principle, if not in practice, an escape route for warm water polar plankton to the lower latitudes, global warming will require the current, cold adapted polar plankton to migrate further polewards towards colder waters.  Except there aren't any.  The poles are already the coldest ocean waters in existence.  Indeed, polewards of the Southern Ocean is only the Antarctic continent.  Many species of South Polar plankton would literally be caught between a rock and a hard place, and likely become extinct.  Dr. Lazarus further notes "While during the warm phase, some warmer water species might migrate into the vacated ecologic plankton niches in polar regions, at least partially replacing the lost forms, the full impact would become rapidly apparent once global warming came to an end. Warm water species would no longer be able to survive in the newly cooling polar waters, but there would be no cold water species left to replace them. These climate crucial ecosystems would have undergone major, permanent biodiversity loss. The consequences for polar plankton ecosystems, including their ability to continue to create oxygen, and remove carbon dioxide from the atmosphere are unknown, but they could be severe."

The research reported here was supported by several funding organisations, including an  U.S. Science Support Program Schlanger Fellowship to Ms. Trubovitz, and a Make Our Planet Great Again (German Research Initiative) Grant to a team led by Drs. Lazarus and Gayane Asatryan at the MfN.