From the moa to the kakapo: millions of years of evolution lost or under threat in New Zealand 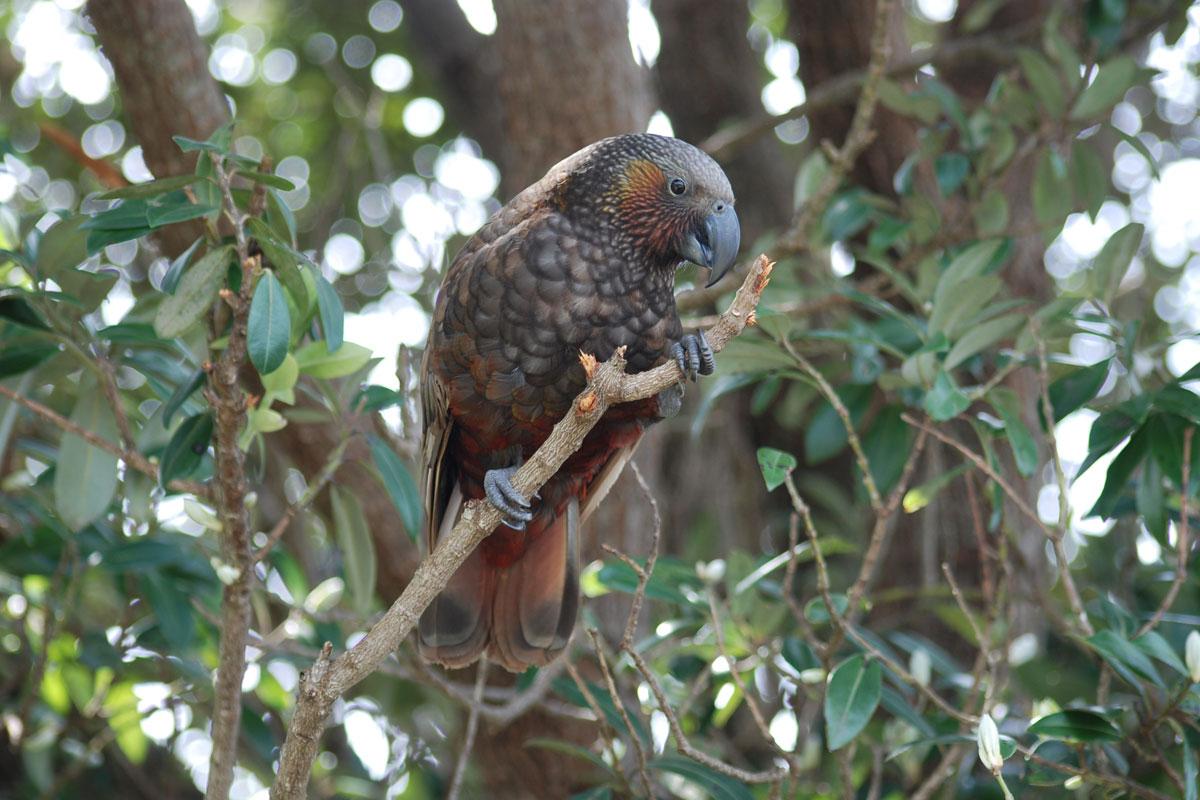 New research results, in which Luis Valente of the Museum für Naturkunde Berlin was also involved, show that it would take 50 million years for the bird world, which had died out since the arrival of humans in New Zealand, to be restored. If species currently classified as potentially endangered were also to die out, another 10 million years would be needed. The long periods show the long-term consequences of man-made extinction on the natural evolutionary dynamics of the islands.

Islands are home to many unique species of animals and plants found nowhere else. But since the arrival of humans, islands have lost many species, due to the introduction of invasive species, habitat destruction and overexploitation. One of the most devastating waves of extinction happened in New Zealand, where more than 70 species of birds went extinct. Currently, many of the surviving species are under threat. While the impact of humans on the number of species of New Zealand is well-known, no study to date had measured the effect of humans on the evolutionary history of the islands.

Alfred Russel Wallace referred to New Zealand’s biota as “wonderfully isolated”, and indeed it is one-of-a-kind. Unlike other large landmasses, the fauna of New Zealand was dominated by birds and there were no mammals apart from bats. When humans arrived, they found the flightless moa, the world’s largest eagle and the country’s national symbol, the kiwi. After humans arrived (first the Polynesians (Maori) and then the Europeans), dozens of bird species went extinct, including all moa. Of the species that survived this extinction wave, many are evolutionary isolated and currently endangered, including the kakapo, a giant nocturnal parrot, and the takahe, a large flightless rail.

Luis Valente (Museum für Naturkunde Berlin, Naturalis Biodiversity Center and University of Groningen) and Juan Carlos Garcia Ramirez from Massey University (New Zealand) together with Rampal Etienne at the University of Groningen (Netherlands), compiled data on extinct and living birds of New Zealand, focusing on native terrestrial birds and their close relatives. They compiled genetic and fossil data produced by other scientists over decades and covering all known New Zealand species, including those that went extinct in the last 800 years since humans arrived. They used computer simulations to predict how long it would take for the islands to recover the number of species lost.

Remarkably, they found that nature would need at least 50 million years to return to the number of species that was present before humans arrived. If currently threatened species go extinct – such as the kakapo and several species of kiwi - a further six million years would be needed to return to today’s diversity. If species that are currently classified as potentially threatened in the future also went extinct, 10 million years would be needed. The surprisingly long times required to restore diversity reveal the consequences of extinctions caused by humans on long-term, natural evolutionary dynamics on islands.

People sometimes believe that, if left alone, nature will eventually recover to its original state. This research, however, reveals that nature will not recover quickly, and may never recover at all, providing a chilling outlook on the real long-term impact of human activities. Luckily, New Zealand’s pioneering bird conservation efforts may yet prevent millions of years of evolutionary history from further being lost.

The research was supported in part by funding from the German Science Foundation (DFG), the Netherlands Organisation for Scientific Research (NWO) and a Massey University Fund.

Pictures for free you get here: