Mystery of the missing quill solved 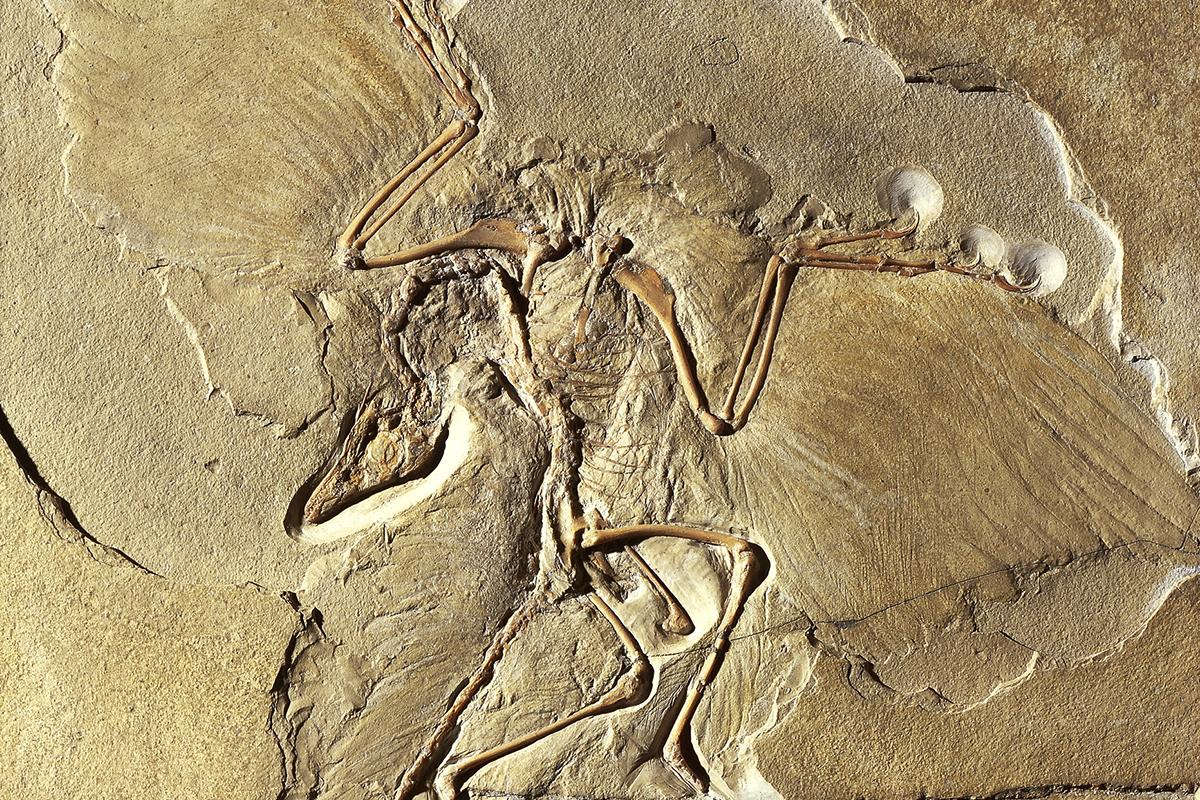 A new method, Laser-Stimulated Fluorescence, reveals that an unknown feathered dinosaur, not Archaeopteryx, shed a feather over the Solnhofen lagoon 150 Millions of years ago. This is concluded by a research team with contribution from Daniela Schwarz at the Museum für Naturkunde Berlin, which studied fossils in the research collections of Berlin.

Archaeopteryx, the iconic Urvogel, was named from a fossil feather found in the Solnhofen area of Germany in 1861 as the first record of a fossil feather ever discovered. For a long time, the fossilized feather represented the holotype of Archaeopteryx and was closely linked to the body fossils. In contrast to the feather impressions that are preserved in some of the body fossils of Archaeopteryx, the isolated feather has a dark coloration and preserves a film of carbon or manganese dioxide. The detailed description of the feather in 1862 mentions a rather long quill (calamus) visible on the fossil, which is unseen today at the fossil. Even recent x-ray fluorescence and UV imaging studies did not end the debate of the “missing quill”. The original existence of this quill has therefore been challenged and it remained unclear if the single feather represented either a primary, secondary, or a primary covert.

An international team of researchers, under contribution of Daniela Schwarz of the Museum für Naturkunde Berlin, recently applied a novel technology, Laser-Stimulated Fluorescence (LSF), to the feather slab in the collection of the Museum für Naturkunde, Berlin, and revealed a geochemical halo of the original calamus matching the 1862 description. The results of this study are described in the journal Scientific Reports, as this reveals the potential and scientific importance of Laser-Stimulated Fluorescence. “We can demonstrate that there is always potential for new discoveries using new techniques even on well-studied iconic fossils,” says leading author Thomas G. Kaye of the Foundation for Scientific Advancement, Sierra Vista, Arizona, USA.

The now completely visible feather allowed detailed comparison with preserved feathers from other skeletons of Archaeopteryx and living birds. Before the LSF work, the feather was thought to represent a primary covert from Archaeopteryx, but this study shows that the isolated feather differs from coverts of modern birds in lacking a distinct s-shaped centerline. The team also ruled out that the feather represented a primary, secondary, or tail feather of Archaeopteryx. Instead, it is much more likely that this feather stems from a different unknown feathered dinosaur from the ancient Solnhofen Archipelago and that its attribution to the famous Archaeopteryx fossil was wrong. “It is amazing that this new technique allows us to resolve the 150 year old mystery of the missing quill” says Daniela Schwarz, co-author in the study and curator for the fossil reptiles and bird collection of the Museum für Naturkunde, Berlin. This discovery also demonstrates that the diversity of feathered dinosaurs was likely higher around the Solnhofen Archipelago than previously thought. The successful application of this rather novel LSF technology described here is therefore only a starting point for the application of the technique to other fossils, hopefully to other iconic specimens as well.