No fish in hot water 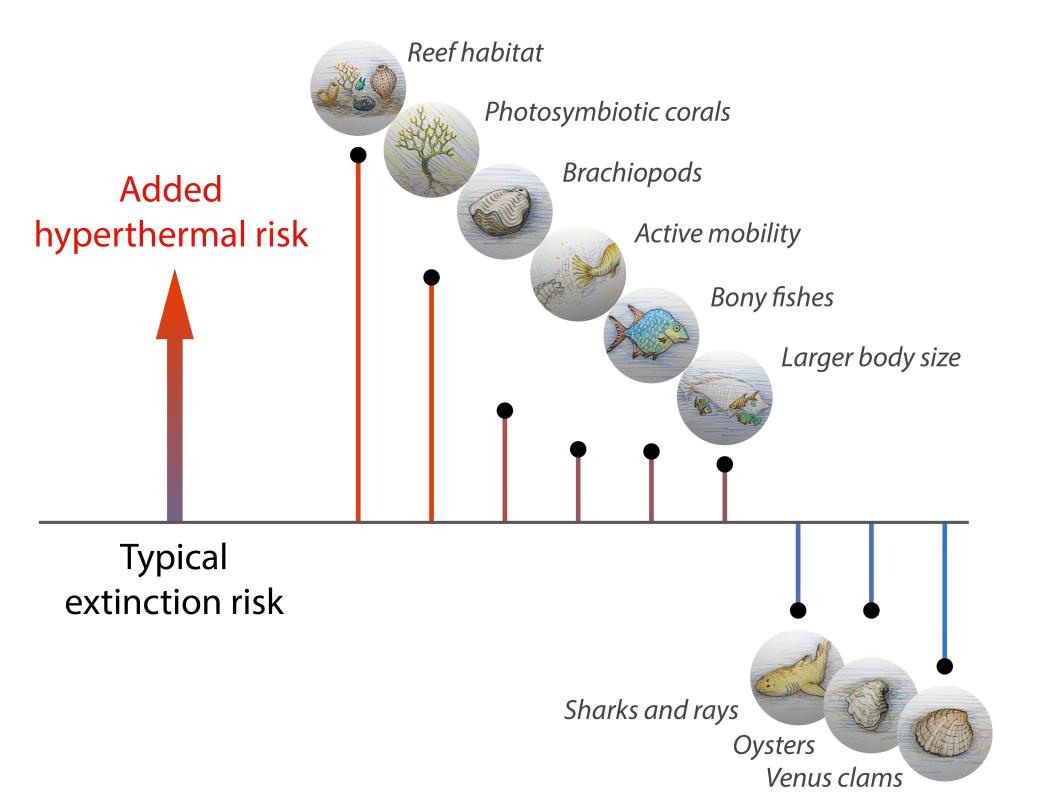 Researchers from the Museum für Naturkunde Berlin and the University of Erlangen-Nuremberg have established the susceptibility of fossil marine animals during rapid warming phases over the last 300 million years. They compared this susceptibility with their risk of extinction in time intervals without a drastic increase in seawater temperature. The results give an indication of which marine animals are particularly sensitive to climate change, and a hint at what lies in store for us if we do not curb global warming.

Modern climate change shows parallels with past natural warming events, which in extreme cases caused the extinction of up to 80% of all marine animals. A recent article in the journal Global Change Biology suggests that the victims of heat crises differ significantly from the victims of other crises. The authors, who evaluated an extensive database of when fossil species lived, attribute this to the fact that animals of certain ecological types are pushed to their tolerance limits more rapidly, or are exposed to harsher conditions, than others.

Several of the groups that were most vulnerable to global warming in the past show similar patterns of change in the marine fauna of today. This applies, for example, to coral reefs, which have always been particularly affected by thermal crises in the past and particularly suffer from global warming today. Bony fishes were more vulnerable than cartilaginous fishes such as sharks and rays. Even today, bony fish already show pronounced migrations to higher latitudes in order to reach cooler seawater. Active organisms were on average more affected by thermal crises than stationary animals: "Warm water contains less oxygen than cool water. This tends to affect organisms that consume the most oxygen, which can mean that actively mobile animals are particularly affected," explains Carl Reddin from the Museum of Natural History, who headed the study.

The fact that we can already see how these groups are reacting to manmade global warming means that widespread extinction could be possible in the near future if CO2 emissions are not reduced. "Our new study suggests which groups of animals are most at risk of widespread extinction. This allows us to provide an outlook on possible long-term consequences of current global warming and to derive recommendations for action for modern conservation priorities," says Martin Aberhan, a co-author of the study also from the Museum of Natural History.

Free pictures in relation to that press release: