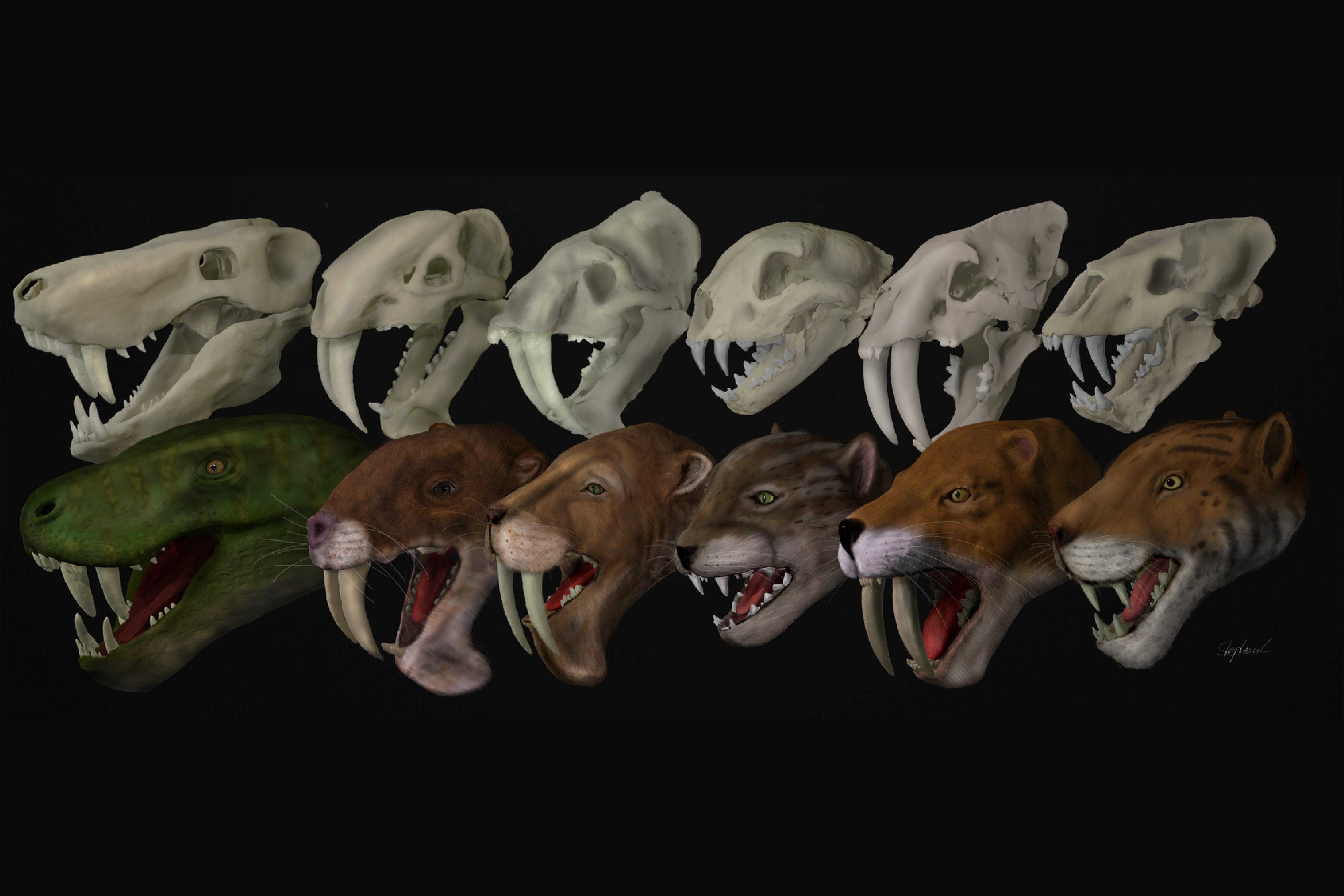 An international team of scientists from the UK, Spain and from the Museum für Naturkunde, Berlin, Germany examined over 60 different sabretooth species. Using computer simulations, the team investigated the functional capabilities of the teeth and skulls, such as calculating bite forces and bending strength.

Sabretooth cats are among the most iconic fossils, but sabre-toothed animals came in all shapes and sizes and nearly a hundred different species are known to science so far. Not all of them belonged to the same family as modern cats and some of them even predate dinosaurs.

Elongated canine teeth, reaching a length of up to 30 cm in some species, evolved independently in seven different evolutionary lines of carnivorous animals. Due to similar skull and tooth shape, it had long been assumed that all of these animals hunted and killed prey in the same manner. This assumption has now been refuted by a new study, published today in Proceedings of the Royal Society B.

The study revealed that sabre-toothed animals may have looked very similar, but they used their teeth in different ways. Some species had specialised on hunting small prey using the canine teeth to inflict deep wounds. Other species were likely pack hunters specialising on large prey with reinforced bone structures to stabilise the jaws.

Eva-Maria Bendel, PhD student at the Museum für Naturkunde, studying gorgonopsians, the earliest known sabre-tooths, stated: “We are fortunate that we were able to research such a diversity of sabre-toothed clades in deep time. It is particularly interesting that all groups belong to the mammalian evolutionary lineage and to find different functional specialisations even about 260 million years ago in some of our mammalian ancestors.”