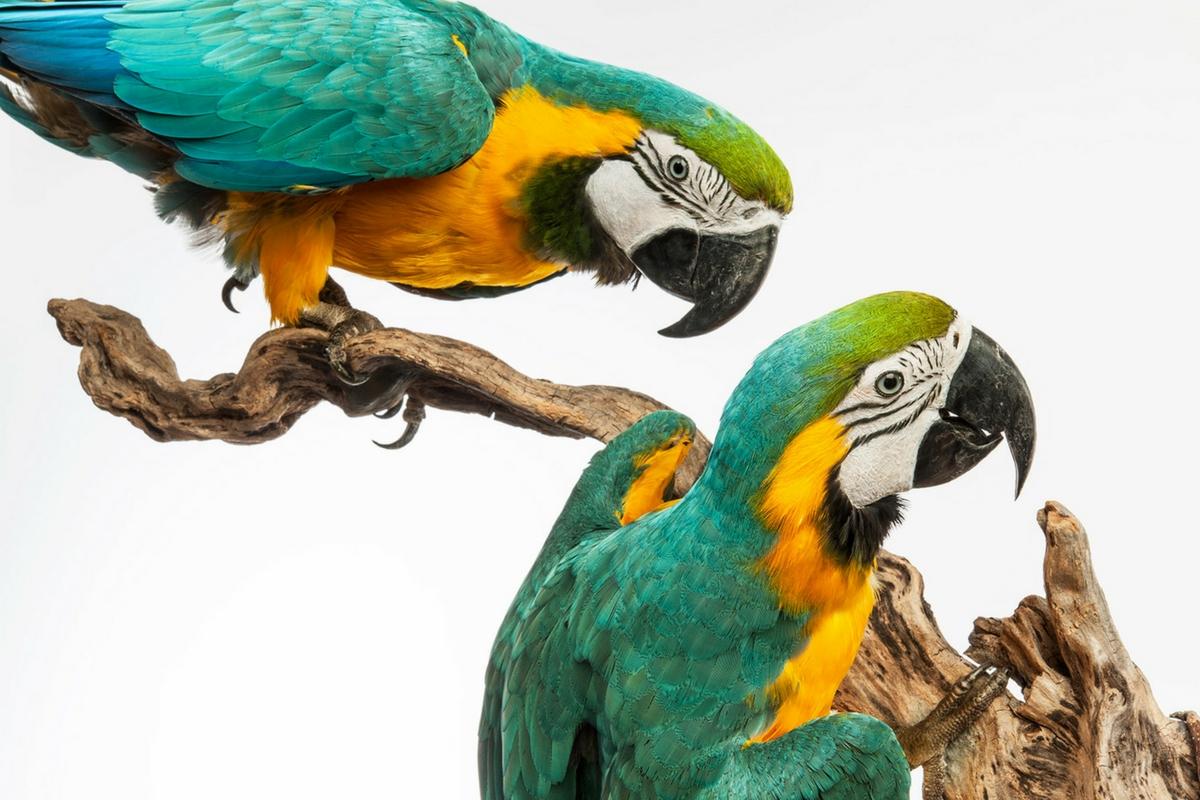 Colourful and boisterous, intelligent and sociable, strong yet gentle – this is the image many people have in mind when thinking of parrots from South America. It is less well known that many of the popular exotic birds are under threat. To rectify this, the Museum für Naturkunde Berlin hosts a special exhibition ARA (the scientific name of the macaw species) from May 23rd 2017, developed in cooperation with the WWF Germany, the Association for the Conservation of Threatened Parrots e.V. (ACTP e.V.) and the Verband der Zoologischen Gärten (VdZ) (Association of Zoos in German-speaking countries).

ARA highlights one of the major challenges of our time. What does sustainable conservation and responsible behaviour involve in a constantly changing, globalised world? The exhibition shows all 19 known macaw species. “Due to its comprehensive collections, the Museum is probably the only research institution that can put on such an exhibition,“ says Johannes Vogel, Director General of the  Museum für Naturkunde Berlin.

„More and more habitat is lost to deforestation and the expansion of arable land and cattle-rearing – a fate that parrots share with many other plant and animal species. In particular, growing soy crops for animal feed has increased beyond all proportion and become a serious threat, says Christoph Heinrich, Head of Conservation at the WWF Germany. Poaching and illegal trafficking of animals are also to blame for the decrease in populations. Many projects have been launched to reverse the trend, including conservationists in Germany who help to establish nature reserves or are involved in breeding programmes with the aim of releasing the threatened birds into the wild. These projects are not only supported by large NGOs and associations, but also by enthusiastic individuals.

The exhibition catches the eye of the beholder with spectacular exhibits and an unusual setup, bringing a taste of South America to Berlin. It will also make visitors stop and think. How is the threat to exotic birds and the loss of biodiversity linked to our daily lives and what can we do to make a positive impact?

The following downloadable folders contain photos and information on the exhibition:
http://download.naturkundemuseum-berlin.de/presse/Araausstellung