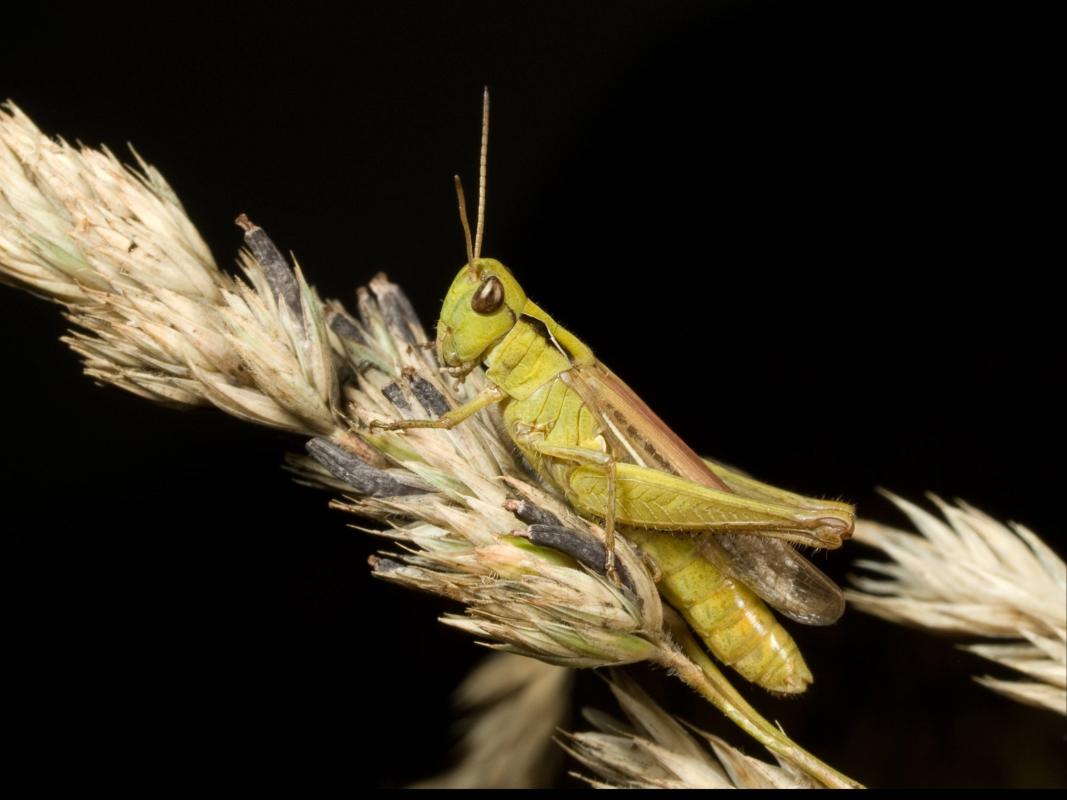 A group of researchers from the Museum für Naturkunde Berlin and the Ludwig-Maximilians-University Munich investigated how new species evolve and at what speed. The researchers chose the species-rich animal group of singing grasshoppers as the object of study. A central result was the comparatively short evolutionary period of about 500,000 years, during which several new species evolved. Despite the rapid species formation, the species diversity of grasshoppers is acutely endangered. The current overall species extinction rate is dramatically increased and leads to a rapid loss of biological diversity.

One characteristic of biological diversity is its continuous change. In the course of evolution, new species emerge and species become extinct. Both are normally slow processes that can hardly be observed directly. In the present age of the Anthropocene, extinction rates have increased dramatically compared to speciation rates of animal and plant species, which together leads to a rapid loss of biological diversity. The causes and effects of species extinction are being intensively researched and documented. But how are new species formed and at what speed? A group of researchers from the Museum für Naturkunde Berlin and the Ludwig-Maximilians-Universität Munich has now investigated these questions.

The researchers chose the particularly species-rich animal group of singing grasshoppers as the object of study. The songs in particular can be a highly effective fuel for species formation, because the songs of the males are species-specific. The females mate only with males, who recite the chant perfectly. This form of female selection prevents mismatches and maintains the species boundaries. The question was unsettled until now, how fast new species form among the singing animals. The information on this is found in the genome of the animals, because mutations change it continuously. The older species are, i.e. the longer the last common ancestor of closely related species lived, the more the genomes of the species differ.

The research group has now sequenced the genomes of closely related grasshopper species from the genus Chorthippus, to which our native bow-winged grasshopper also belongs, and compared them with the help of complex bioinformatic analyses. A central result was the comparatively short evolutionary period of about 500,000 years, during which several species were formed. It usually takes millions of years for a species to split into two or more new species. The young age of the species is also supported by their morphology. Closely related species are similar in their external appearance and are difficult to distinguish. But if you listen to their songs, you can easily and reliably distinguish the species. Despite the rapid species formation, the biodiversity of grasshoppers is acutely endangered. Many live in endangered habitats or in mountainous or alpine regions. Due to climate change, it is becoming increasingly too hot for them there and it is no longer possible for them to escape to higher regions.

The researchers had another surprising finding: The species mate conspicuously often with each other without the species boundaries disappearing. This usually happens at the edge of distribution areas with low population density.  This has led to gene flow between species, which may enable the species to adapt more quickly to a changing environment. In this respect, the singing locusts are a double success model of evolution. High species formation rates are coupled with a high potential for adaptation. How long they can defy climate change is questionable, however.

Pictures for free in between that press release: