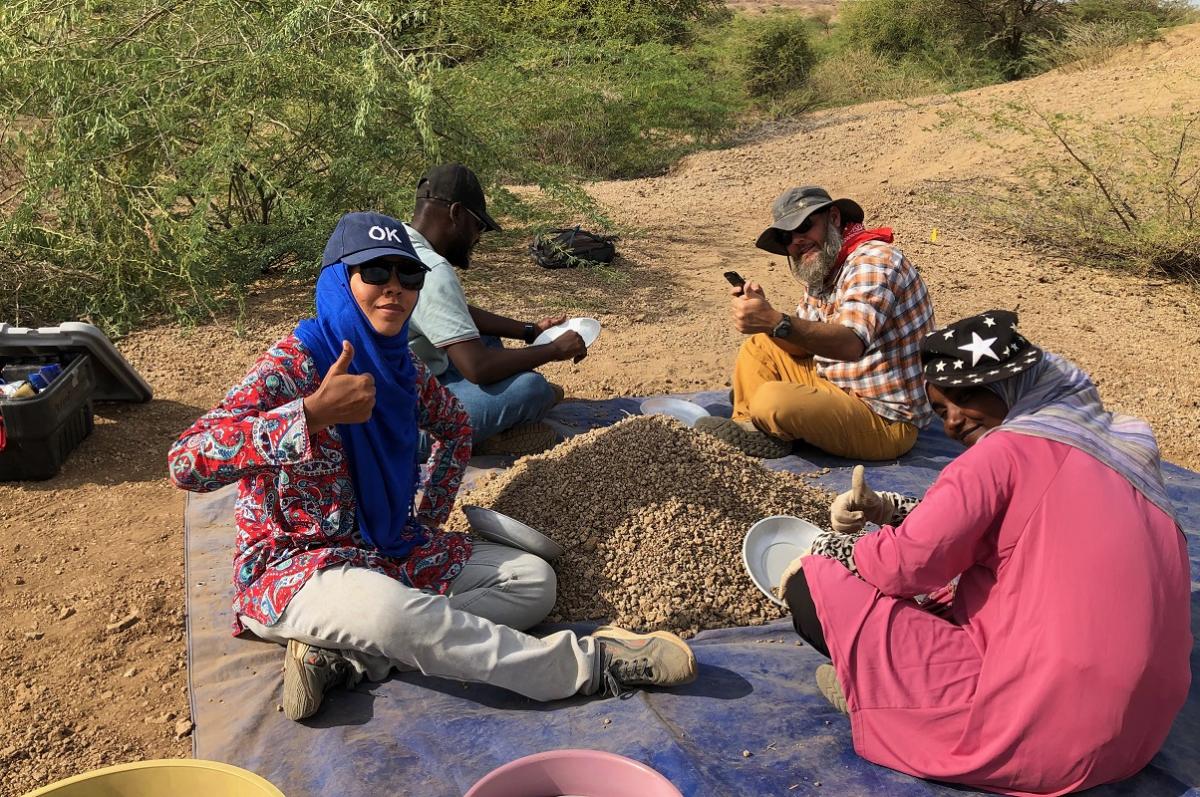 The ERC, the most important European funding organisation for excellent frontier research, has announced this year's ERC prizewinners. One of them is the palaeontologist Faysal Bibi from the Museum für Naturkunde Berlin with the project PALEONILE. It is the first large-scale systematic palaeontological project to be carried out in Sudan with Sudanese researchers. The project, funded for five years and with 2 million euros, focuses on interdisciplinary research into the palaeontology of the Nile Basin in Sudan.

Over a century of paleontological investigation in Africa has revealed a rich Pleistocene fossil record that includes the evolution of hominins and their material cultures. However, the vast majority of fossil sites are located in the East African Rift Valley (EARV), and our knowledge is heavily skewed by this geographic bias. Poor continental geographic sampling means we lack an understanding of faunal regional variations, and the role of dispersal and geographic variation in the emergence of modern ecosystems. Furthermore, many have questioned the role of the Nile, the longest river in the world, in promoting faunal and cultural dispersal between Subsaharan and North Africa, and beyond to Eurasia. For decades such questions have been answered speculatively, with little data to stand on.

PALEONILE is an ambitious project. The focus of the project, which is funded for five years and with 2 Million Euros, is on research into the palaeontology of the Nile Basin in Sudan. The project partner is the Al Neelain University in Khartoum. The scientist Dr Sumiko Tsukamoto from the Leibniz Institute for Applied Geophysics in Hanover is also a cooperation partner. This project will use an interdisciplinary array of paleontological, geological, geochronological, and archaeological approaches to reach its objectives. The geographic scale of the project is large and the techniques are cutting edge, including high-risk experimental methodologies such as paleobiomolecular recovery and new developments in sedimentary dating. PALEONILE forms the first ever large-scale systematic paleontological project to be conducted in Sudan, where the Cenozoic fossil record remains largely undiscovered, and its potential overlooked.

Prizewinner Faysal Bibi says: "I am looking forward to working with the Sudanese colleagues and the different disciplines and approaches. Together we will create a new synthesis of hydrographic, phylogenomic, archaeological and palaeontological data. The knowledge gained from this about the recent past can help us solve research questions of the present and future."