Tristan Otto stays in Copenhagen in 2021 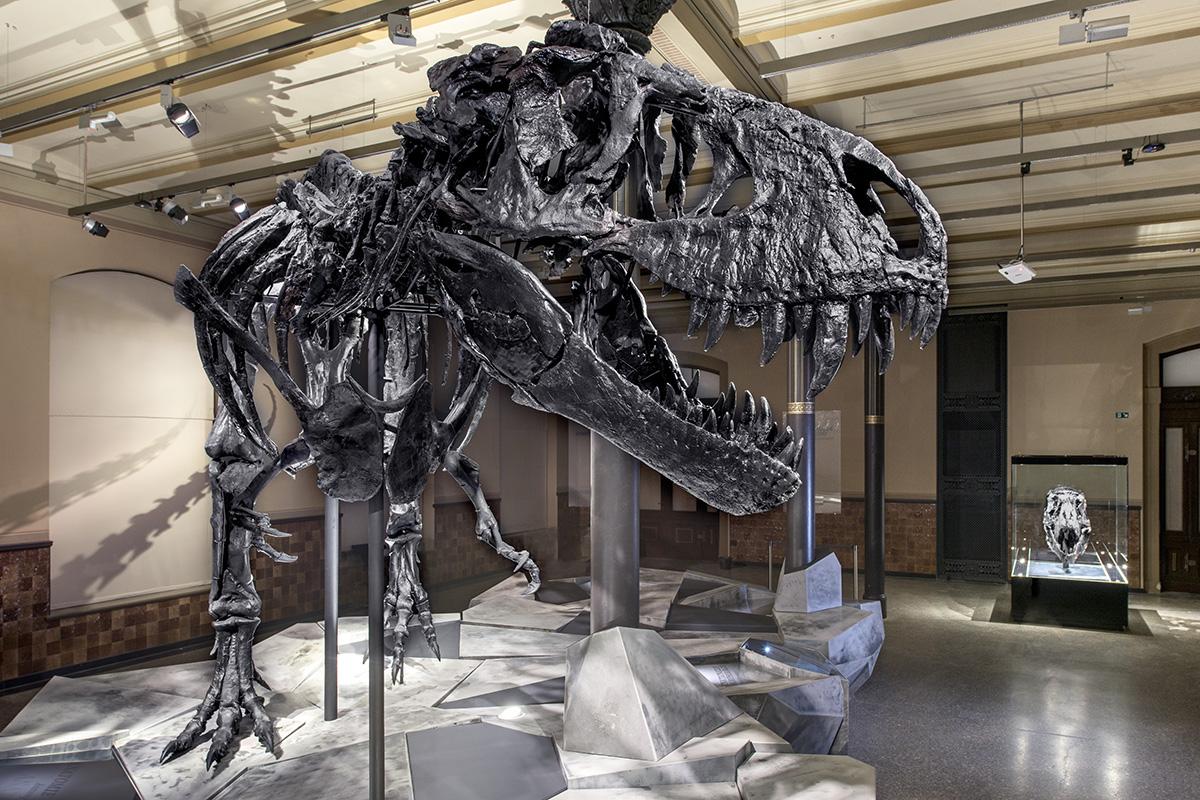 Dinosaurs are global networkers and ambassadors for nature. They remind us of the uniqueness of our planet and to prevent a new mass extinction through our actions. They are also an expression of friendship and cohesion in times of crisis: The Museum für Naturkunde Berlin supports the extension of the "King of Dinosaurs" exhibition featuring Tyrannosaurus rex Tristan Otto at the Natural History Museum in Copenhagen until the end of 2021. After that, the fossil skeleton will return to Berlin and become part of the newly planned Science Campus, which will be built over the next ten years together with Humboldt-Universität zu Berlin and other partners on the Invalidenstraße 42/43 campus.

The skeleton of the Tyrannosaurus rex in the Museum für Naturkunde Berlin inspired for nature, for four years and about three million guests. Afterwards, it inspired visitors in Denmark to deal with current issues concerning the future of our planet. More than 100,000 guests visited Tristan Otto until the exhibition "King of Dinosaurs" had to be closed due to COVID-19. Originally, the T. rex was supposed to come back to Berlin in 2021.

"We have received many requests from interested people from all over the country who have not had the opportunity to see the exhibition before. We are incredibly happy and proud to be able to show the exhibition in Copenhagen until the end of 2021, as soon as we can reopen", says Peter C. Kjærgaard, director of the Natural History Museum of Denmark. "Tristan is also a story of friendship between two museums, two cities and the people of Germany and Denmark."

"The major natural history museums see themselves as a common scientific global infrastructure, in which the Museum für Naturkunde Berlin takes responsibility and makes its knowledge available worldwide. It is therefore a matter of course for us as research museum that objects in our care are available for research and knowledge transfer to all. Tristan Otto is an ambassador of this common will," says Johannes Vogel, Director General of the Museum für Naturkunde Berlin.

Background information on "King of Dinosaurs"

The exhibition "King of Dinosaurs" at the Natural History Museum in Copenhagen focuses on the relationship between predators and prey, including how different dinosaurs evolved to either become better hunters or to avoid being eaten. The focus is on Tristan Otto, one of the world's most complete specimens of a Tyrannosaurus rex. Through him and a number of other unique dinosaur fossils, the story of the Earth is told in the exhibition. The exhibit is also the story of how a seemingly dominant group of animals became extinct and is a reminder of how unique life is on the blue planet and how humans are influencing and reshaping the planet. Unlike the dinosaurs, however, humans have the power to stop the negative trend, take action, and prevent another mass extinction.

More information about the exhibition