Violent “Late Bombardment” of Planets in the Early Solar System 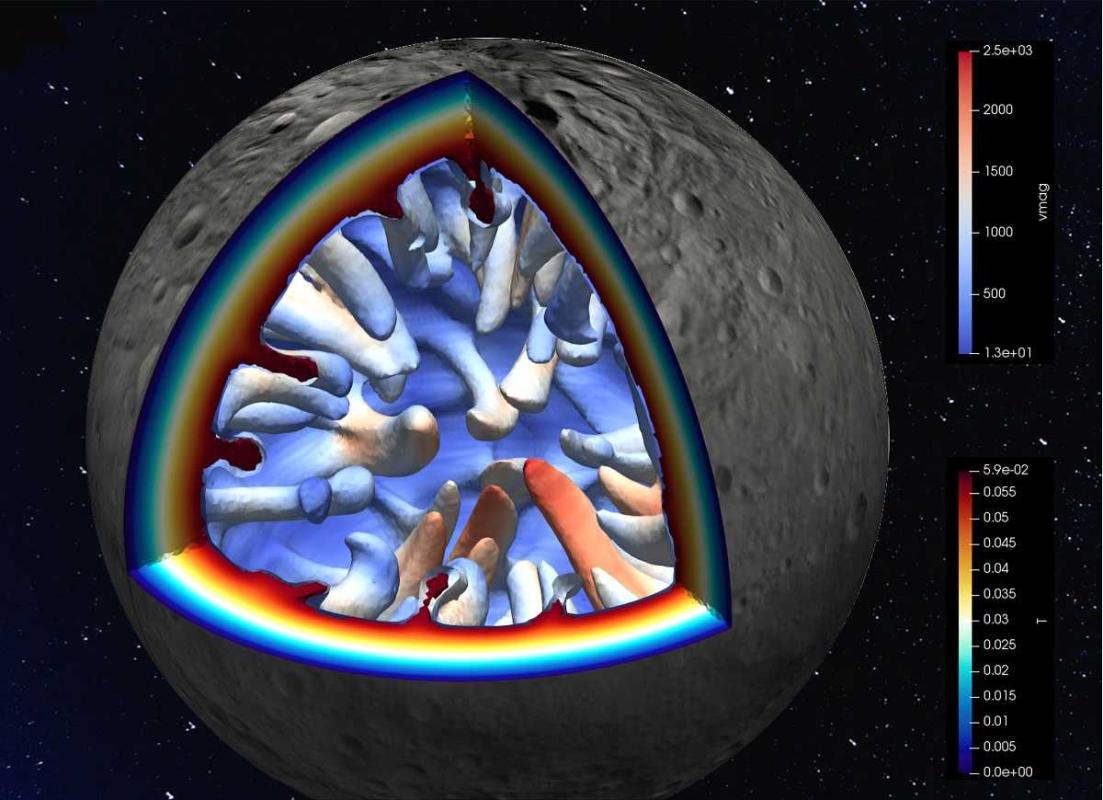 Vesta, the largest asteroid in our Solar System, was exposed to an extensive series of impacts by large rocky bodies much earlier than previously assumed. Researchers of an international collaboration, including earth scientists of Heidelberg University, reached this conclusion based on analyses of Vesta meteorites, numerical simulations, and observations carried out with the space probe Dawn in 2011 and 2012. This novel finding opens up an entirely new picture of the chronology of the collision history in the early Solar System. The early “bombardment” affected all Earth-like planets, and thus provides important insights into the early phase of our Earth.

The Earth-like planets in the early Solar System first grew by accumulating tiny grains of dust; in the final stage they were fed by impacts from increasingly larger rocky bodies. This is also true for the asteroid Vesta. Early in its formation, Vesta grew hotter and hotter, producing a magma ocean near the surface as well as a liquid metallic core. Over time, other objects bombarded its crust, ejecting its material that was transported to the Earth as meteorites. Chemical analyses of these meteorites have shown that further cosmic impacts changed the composition of Vesta’s mantle and crust significantly even after the core formation. The remnants that go back to the early bombardment are considerably larger, however, as Berlin geoscientist Prof. Dr Harry Becker explains.

Through computer modelling of Vesta’s thermal evolution that were conducted at the Institute of Earth Sciences of Heidelberg University, the time frame of the early impacts can now be narrowed down more precisely. “For the material of the impactor to mix with the mantle fairly homogeneously in the first place, the mantle has to be hot enough and undergo convective motions,” explains Dr Neumann. “Our models have shown that this was true only for impacts within the short time span between 4.56 and approximately 4.5 billion years ago.” Until now, scientists assumed that the main phase of this bombardment occurred many hundreds of millions of years later, at a time when several of the large impact craters on the Moon formed. For the Earth’s Moon and probably for other terrestrial planets as well, it appears that the bulk of the impactor mass due to this “late bombardment” was introduced rather very early, as in Vesta’s case.

Apparently, the impactors do not originate from today’s asteroid belt, as previously thought, but from the interior of the Solar System where the terrestrial planets formed. “For our Earth, this again emphasises the significance of an early hot phase with a magma ocean that was continually renewed through major impacts. During this time, the atmosphere was blazing hot for millions of years. Only much later could the water oceans form when the hot steam cooled and fell as rain,” explains Prof. Dr Kai Wünnemann from the Museum für Naturkunde and Free University Berlin.

Image explanation of the convection model

Visualisation of convective upheavals that occurred inside Vesta during the asteroid's early evolutionary phase. The dimensionless temperature shown in the outer envelope increases with depth. In this so-called "stagnant lid", the rock is rigid and immobile due to the much too low temperature. Convective circulation takes place under the stagnant lid. The dimensionless convection velocity shown inside visualises the so-called "plumes", i.e. ascending currents of the warmer and less dense material or descending currents of the colder and denser material.