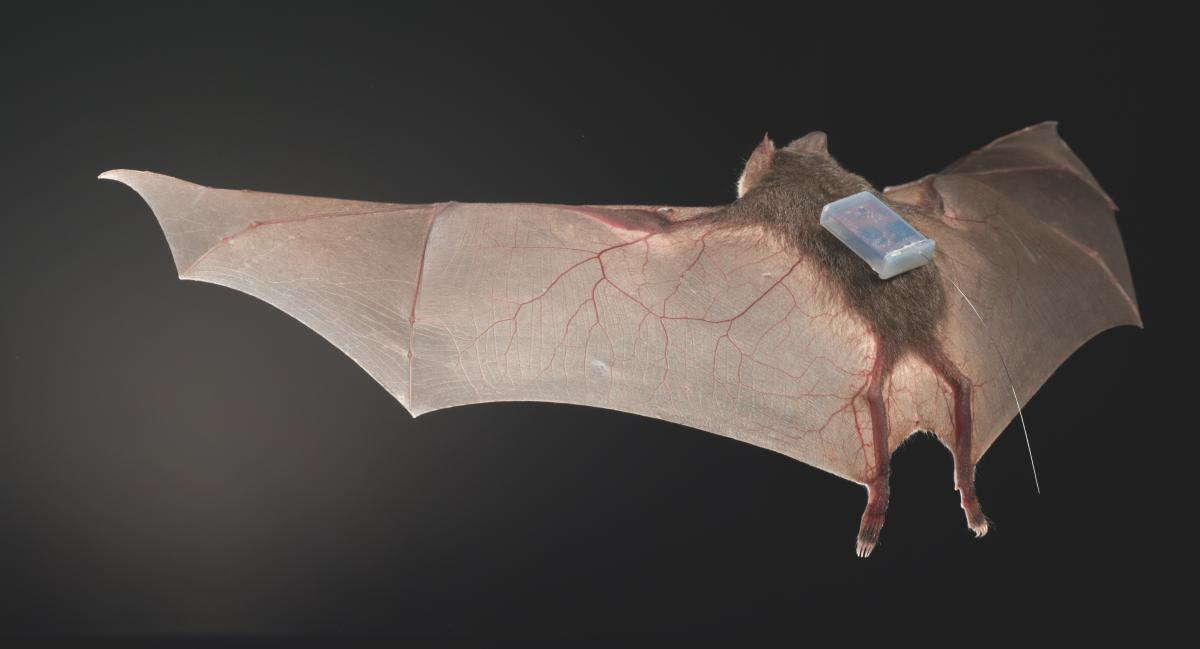 During the ongoing COVID-19 pandemic, social distancing became a constant companion in our daily routines. According to a new study in Behavioral Ecology, staying away from others when feeling sick cannot only be observed in humans these days but also in free-ranging bats. An international research team from the Museum für Naturkunde Berlin, the University of Texas at Austin, and The Ohio State University found that wild vampire bats that are sick spend less time near others from their social group, which slows how quickly a disease will spread. The research team had previously seen this behavior in the lab, and now used a field experiment involving high-tech animal trackers to confirm it in the wild.

Changes in social behavior as a response to a pathogen can alter how a disease spreads across a population in several ways. Transmission rates can increase when parasites change a host’s behavior. Social distancing, on the other hand, slows down the spread by decreasing the number of interactions among sick and healthy individuals. Active forms of social distancing involve avoiding sick individuals or self-isolating after contracting a disease. There is also a passive form of social distancing that occurs from sickness behavior, which often includes increased lethargy and sleep and reduced movement and social encounters.

To document this passive form of social distancing, researchers conducted a field experiment to investigate how sickness behavior affects social relationships in wild vampire bats. After capturing 31 adult females from a roost inside a hollow tree at Lamanai, Belize, researchers simulated a bacterial infection in a random half of the bats by administering a substance that causes sickness behavior for six to twelve hours. The researchers then glued proximity sensors to the backs of all 31 bats and released them back into their hollow tree in the wild. For the next three days, the proximity sensors – miniaturized computers that weigh less than a penny – documented every few seconds who encountered whom and allowed the researchers to study changes in the associations of ‘sick’ and healthy bats by creating a dynamic social network from the high-resolution proximity data.

“The proximity sensors gave us an amazing new window into how the social behavior of these bats changed from hour to hour and even minute to minute during the course of the day and night, even while they are hidden in the darkness of a hollow tree” says lead author Simon Ripperger. “We’ve gone from collecting data every day to every few seconds.”

The team found that the sickness behavior changed the social networks profoundly. Sick bats associated with fewer groupmates and also spent less time with others. At the same time, the probability that a healthy bat associated with a sick bat decreased. These differences declined after the treatment period and when the bats were sleeping or foraging outside the roost.

Co-author Gerald Carter added, “One of the things I most enjoy is taking our work back and forth from the lab to the field. We studied these effects in captive vampire bats under controlled conditions and it is exciting to see the same effects demonstrated under realistic conditions in the field”.

This study highlights once again how advances in tracking technology improve our ability to document hidden dynamics in wild animal populations. Such high-resolution datasets will help researchers in the future to gain new insights into the patterns and processes underlying the spread of pathogens.

Pictures for free in connection with that release: