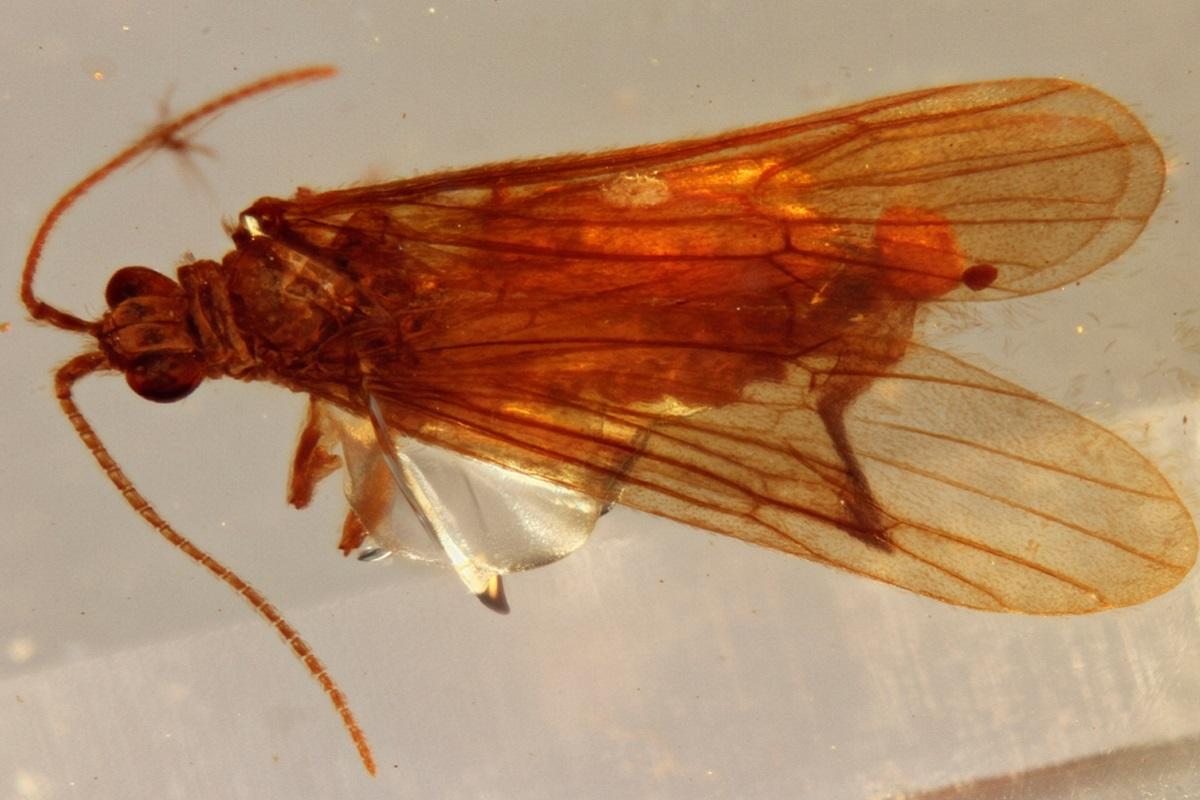 Based on a total of 14 inclusions from Burmese amber the new insect order Tarachoptera is established. The previously described family Tarachocelidae from Burmese amber and then placed in Amphiesmenoptera incertae sedis is assigned to this new order. The genus Kinitocelis gen. nov. is established to accommodate three new fossil species: K. hennigi spec. nov., K. divisinotata spec. nov. and K. brevicostata spec. nov. The new genus differs from Tarachocelis by the absence of androconial scales on the wings and the loss of Cu2 in the forewings. The species are described in detail and the critical characters are illustrated by line drawings and photos. Both males and females were described. The species can be distinguished by traits in the wing venation. The new order Tarachoptera is placed in the superorder Amphiesmenoptera based on the presence of seven amphiesmenopteran apomorphies and nine tarachopteran apomorphies. Apomorphic characters of Trichoptera and Lepidoptera could not be disclosed which suggests an independent origin and evolution from an amphiesmenopteran ancestor which was not the ancestor of the Trichoptera-Lepidoptera clade. The species of Tarachoptera are tiny insects with wing span of 2.3. – 4.5 mm but highly specialized according to their aberrant morphology. Aspects of the presumed life-history of the adults were deduced from some of the derived morphological traits that could be interpreted as adaptions to a highly structured micro-environment.