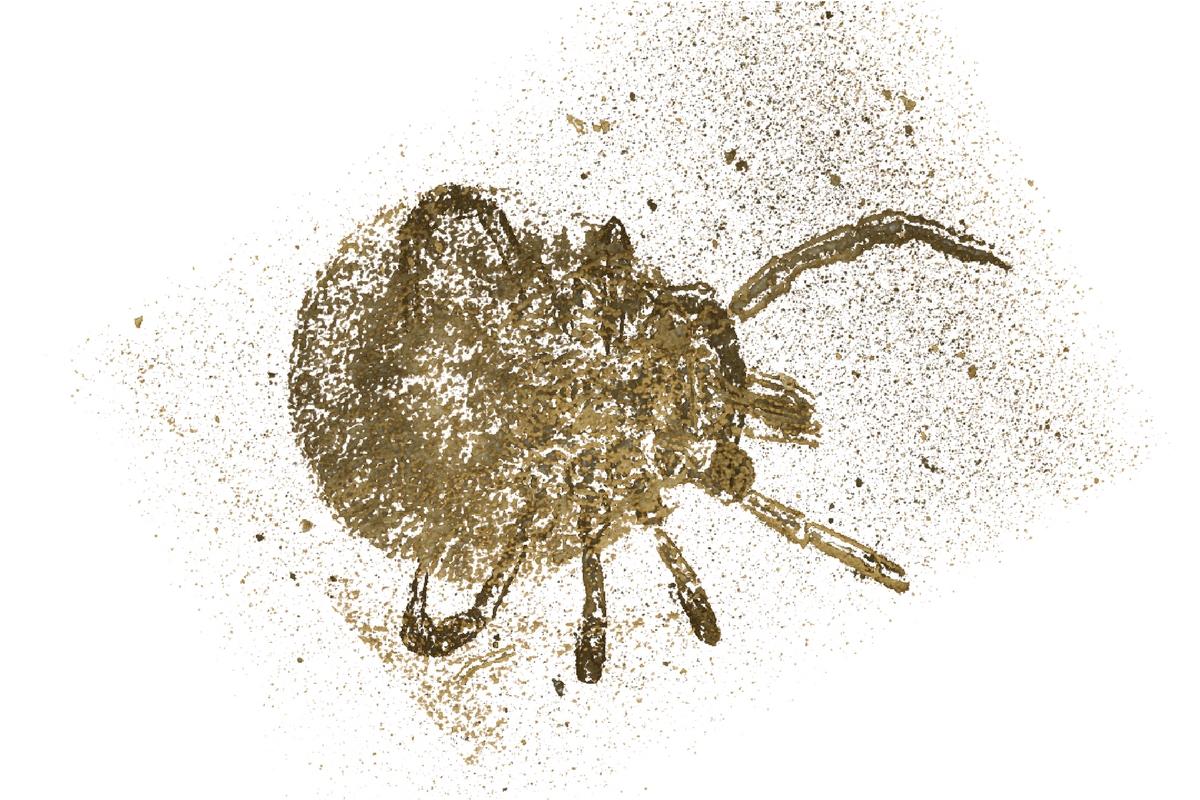 Dating back nearly 100 million years, one of the world’s oldest tick species was named after where it was found: Amblyomma birmitum. Researchers at the Institute of Microbiology of the German Federal Defense Force, together with the Museum für Naturkunde Berlin and the Zoological State Collections in Munich, have described a new fossil from Burmese amber from Myanmar. This Cretaceous specimen is well preserved, and is the oldest record of a tick genus which is still alive today. Hard ticks in the genus Amblyomma have about 130 living species. Identification using typical anatomical characters was difficult, but the tick expert Lidia Chitimia-Dobler from the Institute of Microbiology could achieve this with the help of computed tomography at the Zoological State Collection and their expertise in imaging. This non-destructive study of the ca 1.5 mm long tick and its 3D reconstruction enabled a precise description of the new fossil species.

The fossil tick is an adult female, perfectly embedded in 100 million year old tree resin. Surprisingly, it shows characteristics of the living genus Amblyomma, but also from Bothricroton, an Australian genus. Amblyomma birmitum can thus be envisaged as something of a ‘missing link’ between these two modern groups.  Another point of interest is the Cretaceous age of the tick and the lifestyle of living Amblyomma species: its living relatives mostly feed on reptiles today, including animals such as monitor lizards. “We assume that the new tick from Burmese amber could have fed on dinosaurs too.” said tick expert Lidia Chitimia-Dobler. A ‘Jurassic Park’ scenario is, however, impossible: after such a long time it would be impossible to analyze any DNA in the blood the tick had fed upon.