Quagga: A chimera of horse and zebra 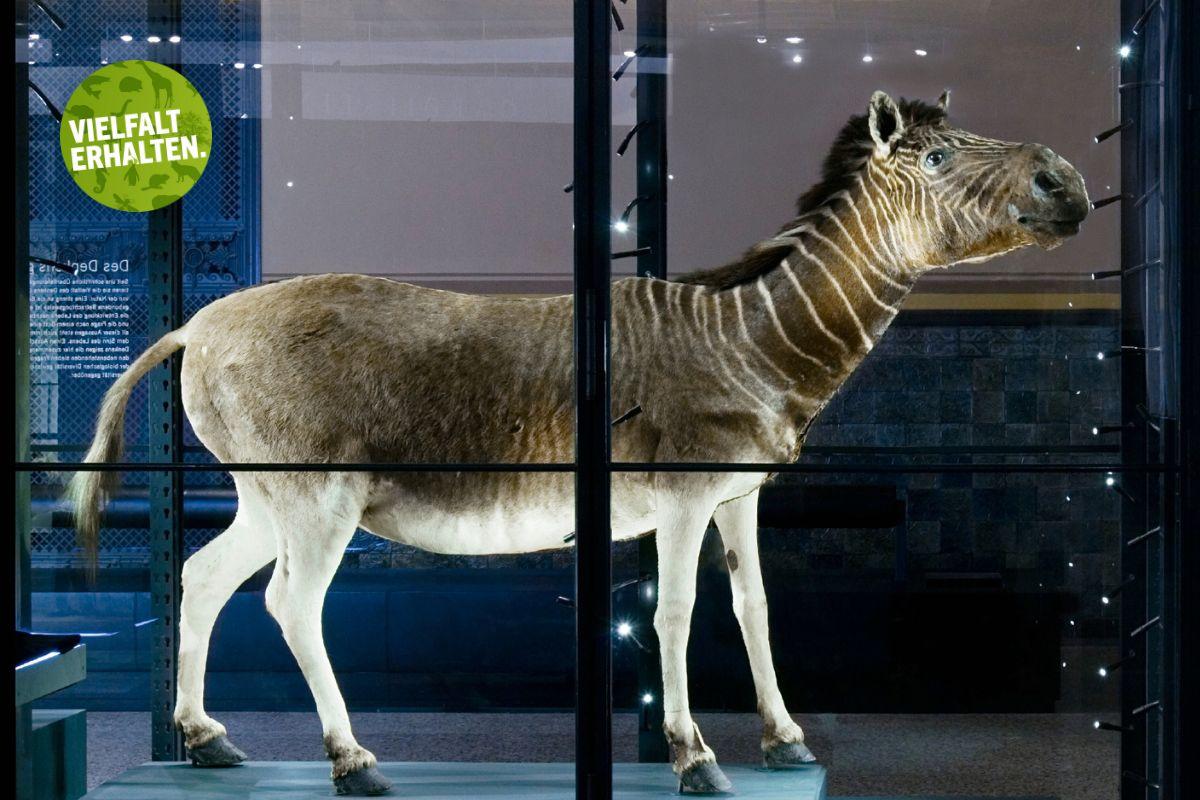 In the 18th century, huge herds of the quagga (Equus quagga quagga) crossed the vast steppe areas of southern Africa. In 1785, the species was described scientifically for the first time. Its forelimb, chest, neck and head are striped like a zebra, in contrast to its hindquarters, which are unicolored, and white legs. This reminds the quagga of a curious chimera of horse and zebra.

They owe their name to their barking neighing sounds, which they used to communicate with each other. This can no longer be verified, as the Quagga was extinct barely a hundred years after its discovery.

They did not survive colonialism. The European settlers mercilessly hunted the animals, the agricultural and mining workers consumed their meat, and their hides were used to make grain sacks. The seemingly inexhaustible stocks dwindled to just a few animals. In 1877, a drought did the rest. A year later, game hunters killed the few remaining animals. Shortly thereafter, in August 1883, the last quagga held in captivity died at the Amsterdam Zoo, and with it an entire species.

But the quaggas did not disappear from the earth without a trace. All that remained were photographs and 23 complete quagga skins, as well as a few skeletons and skulls, which are among the most valuable objects in museums around the world. One of them is presented in the room "Evolution in Action" at Museum für Naturkunde Berlin in the. The exhibit Quagga lived in the Berlin Zoological Garden from 1863 to 1867.

In the 1980s, researchers succeeded in extracting the genetic material of the quagga. The tissue remnants used for this purpose came from the untanned old skins in museum collections. This is a wonderful example of the relevance of museum collections, even though at the time the object enters the collection, it is impossible to estimate what research questions later generations will be able to solve on it.

With the genetic material and targeted crosses with zebras, quagga-like animals were then bred at the end of the 1980s. The idea behind this breeding project in South Africa was the German zoologist Reinhold Rau, which is why these animals are called Rau quagga. About 200 animals already exist.