Evolution in the savannah 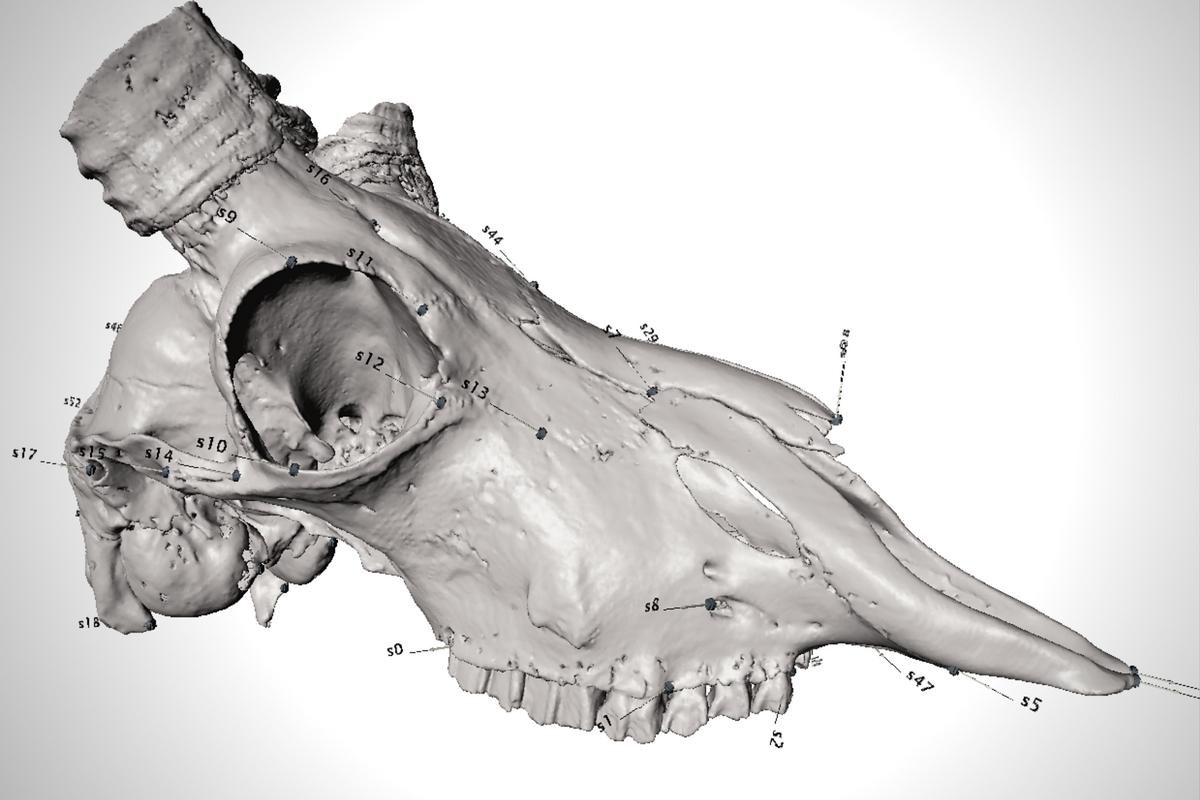 Herbivore Niche Differentiation and the Intensification of Competition in African Savannahs

In Africa today, savanna habitats such as grasslands and woodlands support many different herbivorous mammals, including antelopes, giraffe, zebra, pigs, elephant, rhinos, and hippopotamus. This is even truer in the past, as it is common to find almost double the number of species at African fossil sites of the last 5 million years. Today, savanna herbivore species differ in body size and feeding strategies, reflecting their 'sharing' of the available vegetation. But how so many more species coexisted in the past is still unknown. Strong ecological differences are reflected in the shape of the skull, and our researchers are using this to investigate how competition for the same food resources in the past might have stimulated the evolution of the ecological diversity we see today.

Among African herbivores, antelopes are ideal for investigating coexistence and competition, because this group is very diverse and has a good fossil record. At one point in time, around 5 million years ago, most antelopes differed little in skull shape, indicating they had similar diets and habitats. Since then, African antelopes have evolved a bewildering diversity of skull forms reflecting distinct dietary preferences.

To evaluate how competition might have influenced the evolution of antelopes, our researchers are creating 3D models of a representative set of skulls using a handheld surface scanner. As a next step, reference points – also known as landmarks – are pinpointed on these models in order to compare differences in skull shape. Knowing the evolutionary relationships of fossil and extant antelopes allows us to place the skull shapes into an evolutionary context. Any major shifts in form can be pinpointed along the evolutionary tree. High rates of shape divergence among different coexisting species provide evidence for evolution being driven by strong interspecific competition.

For some time, we have known that climate change has been a major driver of evolution. This certainly applies to Africa, where the environment changed from more forested to more grassy over the last 5 million years. Human evolution itself was strongly influenced by these climatic and environmental changes. The current research project on biotic interactions is on the frontiers of a new approach to our evolutionary past, one that seeks also to determine the role competitive interactions might have played in the context of our own evolutionary history.

Considering that Africa is the continent where humans evolved, we are beginning to ask whether early human ancestors might have negatively impacted the complex webs of competitive interactions among savanna animals. This is especially relevant to the time period during which our ancestors began consuming meat, first by scavenging and eventually by stealing kills and hunting. Early human meat-eaters might have created a new set of rules in the ecological game on the ancient savannas. Our research work can further help shed light on why so many African herbivore species went extinct over the last 1 million years, and whether this might also be linked to the evolution of our species.