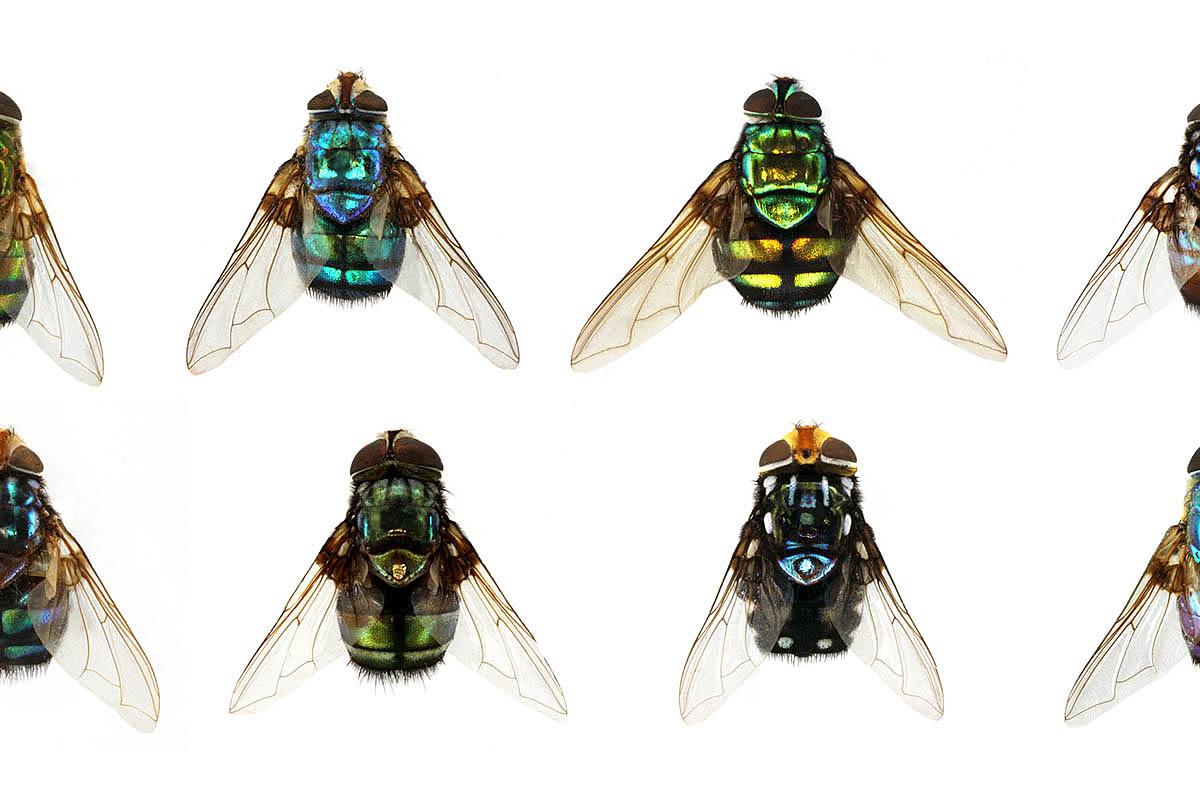 The collection comprises around 1,300,000 specimens representing 27,000 species from all parts of the world with a focus on Europe. It includes 21,000 type specimens of 10,000 species descriptions. Approximately 1 million specimens are dry specimens mounted on pins. In addition, there are several thousand preparations embedded in a solid medium as well as numerous ethanol preparations – mainly dipterans from traps or larval stages and fleas (Siphonaptera). With 150,000 described species, dipterans (flies and midges) are among the species-richest insect orders. There are about 10,000 species in Germany alone. This makes dipterans (alongside the similarly diverse order of hymenopterans) even the most comprehensive order of the animal kingdom. The Siphonaptera (fleas) Collection comprises 1,200 specimens representing 237 species. It includes type material from 36 species descriptions. The dipterological part of the library consists of 1,200 books and brochures and a large collection of reprints.

Parts of the Entomological Collection of the Museum für Naturkunde was digitally recorded for the EoS (Erschließung objektreicher Spezialsammlungen (Recording of specimen-rich collections)) project, which included detailed scans of the insect cases. They can be viewed on the EoS Homepage. In addition, 360° image sequences were taken of important specimens, such as Phasia aurigera, insect of the year 2014 in Germany, Austria and Switzerland.

The Diptera Collection has been looked after by a specialist curator since 1919. Its basis were collections by Hermann Loew (1807-1879), Theodor Becker (1840-1928) und Oswald Duda (1869-1941). The oldest part of the collection also include specimens collected by Museum Curator Carl E. A. Gerstäcker (1828-1895), various purchases from overseas and material from the German colonies. In addition, the specialist collections by P. Lackschewitz (Tipulidae), E. Martini (Culicidae), S. J. Paramonow (Bombyliiden), M. P. Riedel (Tipulidae and Tachinidae), E. Rübsaamen (Cecidomyiidae) as well as P. Stein (Muscoidea and Oestroidea) have made an enormous contribution to its value, with their numerous type specimens. Thus, in the Muscoidea sub-collection alone type material for over 1,000 nominal species were deposited. In this context, the separately displayed collection by Erich M. Hering (1893-1967), containing plant-mining insects only, should be mentioned. It is not restricted to dipterans, but also includes beetles (Coleoptera), hymenoptera and butteflies and moths (Lepidoptera).

Among our more recent acquisitions, we would like to highlight the material collected by ourselves from the Italian Alps (Parco Nazionale dello Stelvio). The scientific evaluation of the collected material requires the collaboration of 40 international specialists and is still ongoing. Some DFG-funded study trips helped to bring an eminent collection of Iranian Tachinidae and Rhinophoridae to the Museum. It is now being evaluated in cooperation with Iranian colleagues. These and other new collections in connection with the historic collection material form the basis of the research infrastructure in our curatorship.

Leia stelviana Kurina, 2008 [Mycetophilidae].This new midge species was first found at the Parco Nazionale dello Stelvio and named stelviana after its discovery place. So far, it has only been found in the Alpine region at an altitude of 2,300 m. Our own research yielded nearly 2000 dipteran species (flies and midges) in one single valley of the national park. The types are part of our collection. 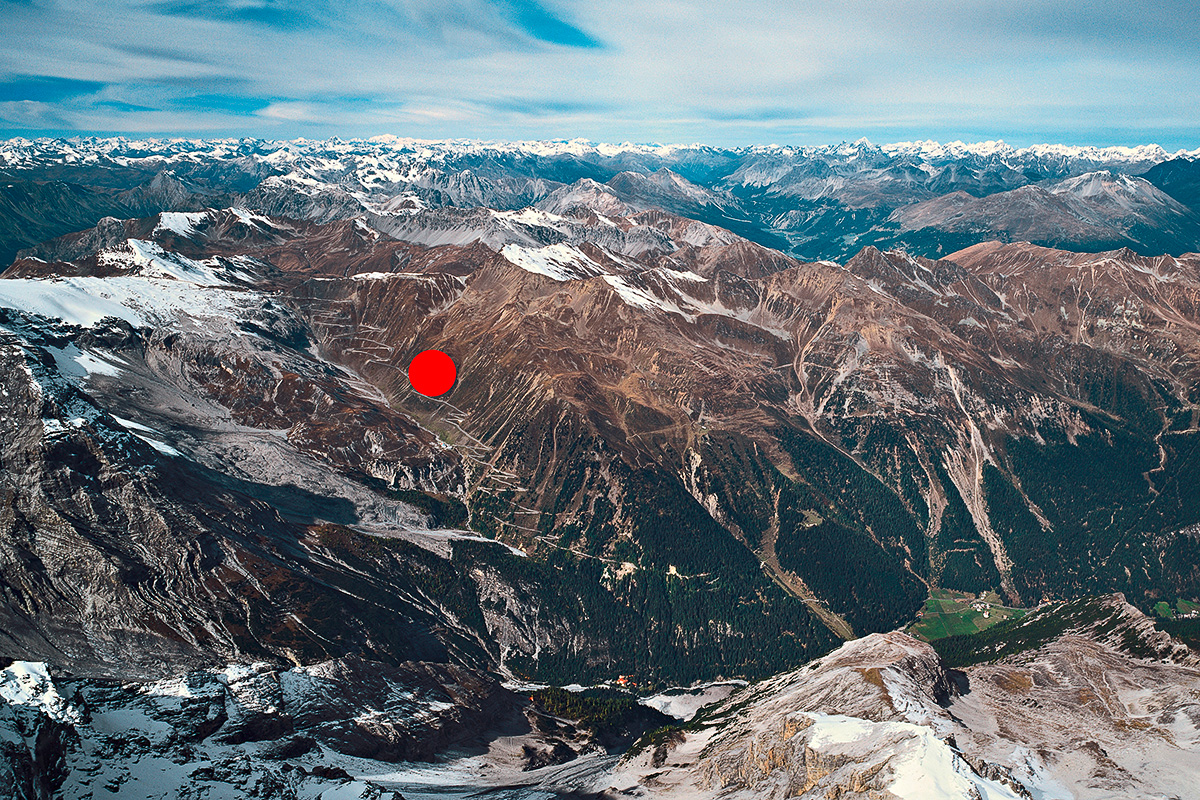 Cylindromyia uncinata Gilasian, Talebi and Ziegler, 2014 [Tachinidae], sitting on the photographer’s finger. It is thought that this recently discovered species is a parasite on heteropterans during its larval stage, similar to closely related species. It has so far only been found in Iranian high mountain regions at altitudes between 2,000 and 4,000 m. The types are part of our collection. 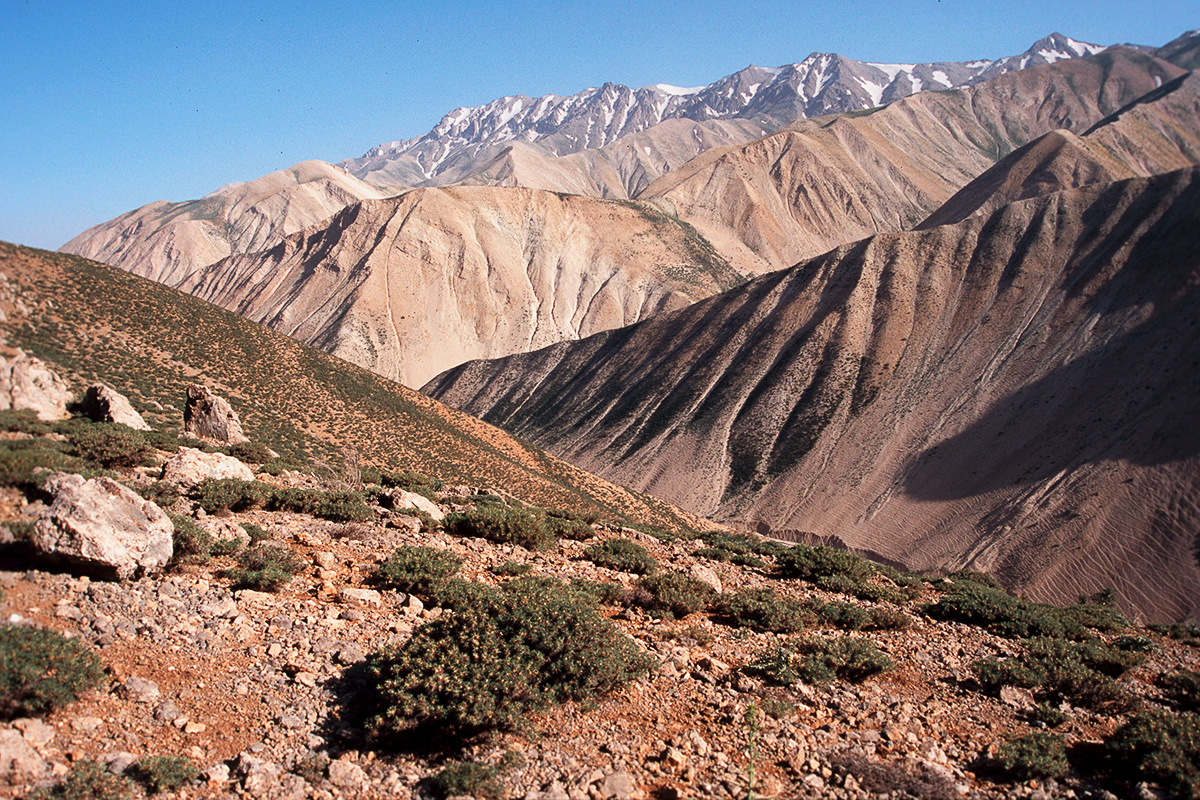 In connection with the special exhibition on flies at the Museum für Naturkunde in 2014, photographer Bernhard Schurian made fly portraits. As this portrait of the fly species Asilidae Maira splendida suggests, such detail can highlight differences crucial to the identification of species.

“For my portraits, I first chose robber flies, of which we have approximately 1,250 species at the Museum. Robber flies mainly feed on other insects that they catch in flight. The prey is caught with the legs, then grasped firmly before the proboscis is injected to suck out the content. Robber flies have very striking heads, often with moustache-like bristles. Individuals vary greatly even within the same species, which makes them ideal candidates for portraits.” Bernhard Schurian.

The Diptera und Siphonaptera Collection is used for studies by scientists all over the world. Its 21,000 type specimens are particularly valuable, as they play a key role in taxonomic research, but all other deposited specimens are valuable vouchers from all zoogeographical regions and may hold information on the historical and recent distribution of certain species. Our material is used not only by taxonomists, systematics and biodiversity researchers, but also by scientists working in applied entomology, forensic studies, myasis, studies on pathogen vectors, biological pest control using parasitoids and much more. Alongside all sorts of specialist queries, we are often asked for loans of specimens and whether longer study visits to use the collection are possible.

You can find more information about researchprojects from our researchgroup here.

You can find more details about different families of flies important to our research here.