The Corona virus is the price of human exploitation of nature 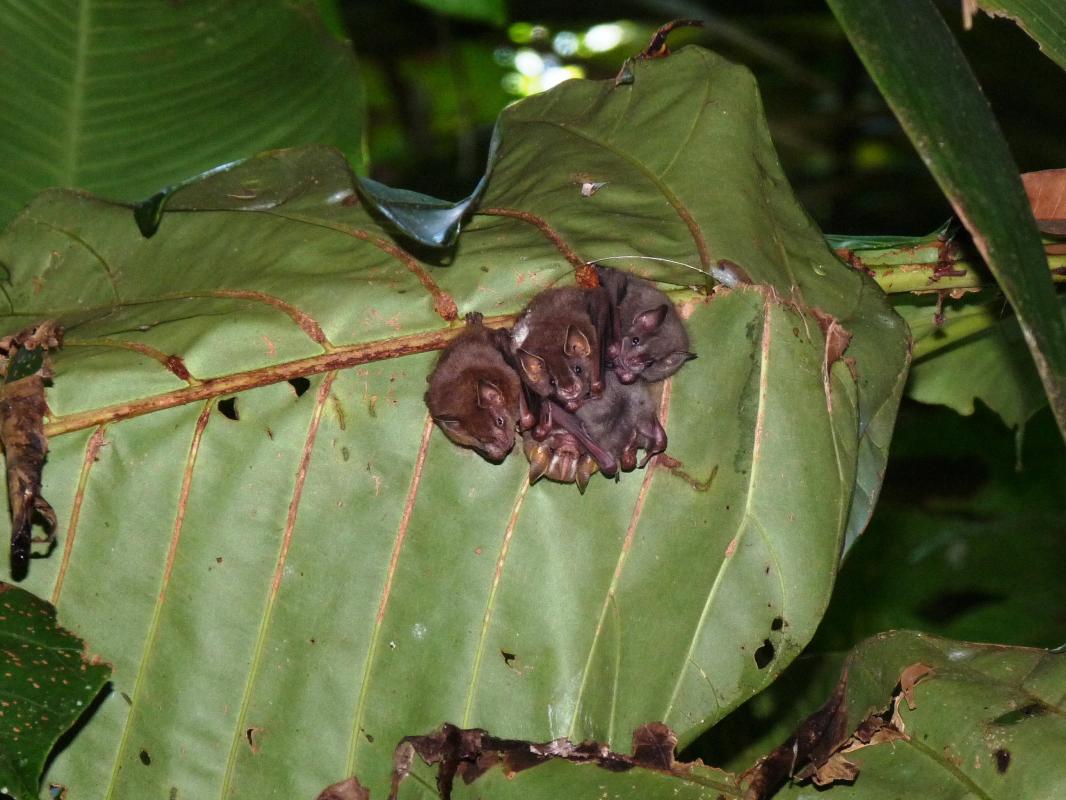 Viruses cause diseases. But how exactly does that happen? What diseases in humans and animals are caused by viruses? And what role do they play in evolution? After we asked about the origin of viruses in the first part – researchers at the Museum of Natural History in Berlin already revealed viruses on a 289 million-year-old fossil – the second part was all about viruses as pathogens. In this third and last part of our virus sequence we conclude: The Corona virus is the price of the exploitation of nature by man. But how can we protect ourselves? Can viruses also be exploited? Who actually discovered viruses? And what do the field mouse researchers at the Museum of Natural History Berlin have to do with it?

The leap from animal to human

Man is penetrating further and further into previously unknown territories in search of food. On the menus of many peoples is the so-called bushmeat - bats, fruit bats, monkeys, forest antelopes and many other animal species. More and more often, therefore, viruses make the leap to the new host - man - with devastating effects. This is because humans are not adapted to the virus.

According to the latest state of research, bats in particular appear to be a large reservoir of potentially deadly viruses, such as Ebola, rabies and many as yet undiscovered viruses. It is only a matter of time until there is a new epidemic after Corona. Unless man thinks and acts more sustainably than before, continues to do research, educate himself, clarify, communicate the scientific results, just as research museums and other research institutions do in different formats.T

What kills viruses and how can we protect ourselves?

As cell parasites, viruses are much more sensitive to environmental influences than fungi or bacteria, for example. Most viruses die quickly outside the host. A longer survival is only possible under special circumstances, e.g. if they are coated with mucus or blood.

All viruses are sensitive to heat. With few exceptions, temperatures above 60 degrees Celsius have an inactivating effect within a very short time. The same temperatures in the minus range are suitable for preserving viruses. Viruses are extremely sensitive to dehydration. X-rays, UV light and sunlight kill viruses. Viruses are literally broken by ultrasonic waves. Viruses do not tolerate even extreme pH values. Exceptions are intestinal viruses, which have to tolerate ph-values of 2 to 3. Certain chemical compounds such as lyes (wash your hands with soap), acids and oxidants also kill viruses. And of course, the interruption of the transmission paths helps.

How to take advantage of viruses

Some viruses attack bacteria. These so-called (bacterio)phages have, for example, found applications in medicine and especially in the field of genetic engineering. Phages can be used to detect bacterial pathogens. Intensive research is currently being carried out on the use of phages as a substitute for resistance to antibiotics. The principle was researched long before the discovery of penicillin and antibiotics, but then fell into oblivion when antibiotics were introduced. Today, phage therapy is used at the Polish Academy of Sciences to treat otherwise therapy-resistant bacterial infections.

In genetic engineering, phages are prepared in such a way that the genes that cause virulence are removed from their genome and replaced by genes that are of interest for genetic engineering issues. Another, wanted DNA is 'smuggled' into the virus envelope. For example, modified bacterial cells that produce insulin can be further cultivated.

Was everything better before? History of viruses

The first evidence of virus-related diseases is ancient – only that nobody knew at the time that viruses were the trigger. With Aristotle there are references to rabies in humans and animals (400 B.C.E.). There are clear descriptions of rabies, measles and smallpox from China in the second century BC. During the time of the migrations of the peoples, animal diseases are reported which accompanied traits of the peoples and can be identified as foot-and-mouth disease.

In 1544, Ghislain de Busbecq, envoy of the Holy Roman Empire at the Ottoman court of Sultan Suleiman the Magnificent, was the first to see a tulip that had been completely unknown in Europe until then. In 1576, the Dutch researcher Clusius first described completely self-made stripes on the plant, which was highly sought after at the time. It was not until 1928 that the viral nature of the tulip stripes was proven.

In 1796, the British pharmacist's apprentice Jenner succeeded in discovering that people who had contracted the mild cowpox did not contract human pox. This opened up the possibility of immunising people. The epochal discoveries of Pasteur and Koch set the triumphal march of microbiology in motion. But viruses could not see them under the light microscope. It was not until 1889 that Robert Koch's student Loeffler and the zoologist Frosch succeeded in filtering the pathogen causing foot and mouth disease out of the mucous membrane vesicles of diseased cattle.

In 1935, Stanley from the Rockefeller Institute in the USA made the world sit up and take notice at a microbiologist congress in London: He had presented the tobacco mosaic virus as a crystalline protein, i.e. a chemical compound that can be multiplied while retaining its infectiousness. Life in crystal form? Shortly afterwards it was discovered that the virus consists of 95% protein and 5% nucleic acid. Following the construction and further development of the electron microscope, the first electron-optical images of viruses were obtained in 1938. A new world opened up. The discovery of the double helix structure of DNA by Watson and Crick in 1953 and further discoveries helped virology to take off. The current pandemic shows how topical this field of research is and will remain in the future.