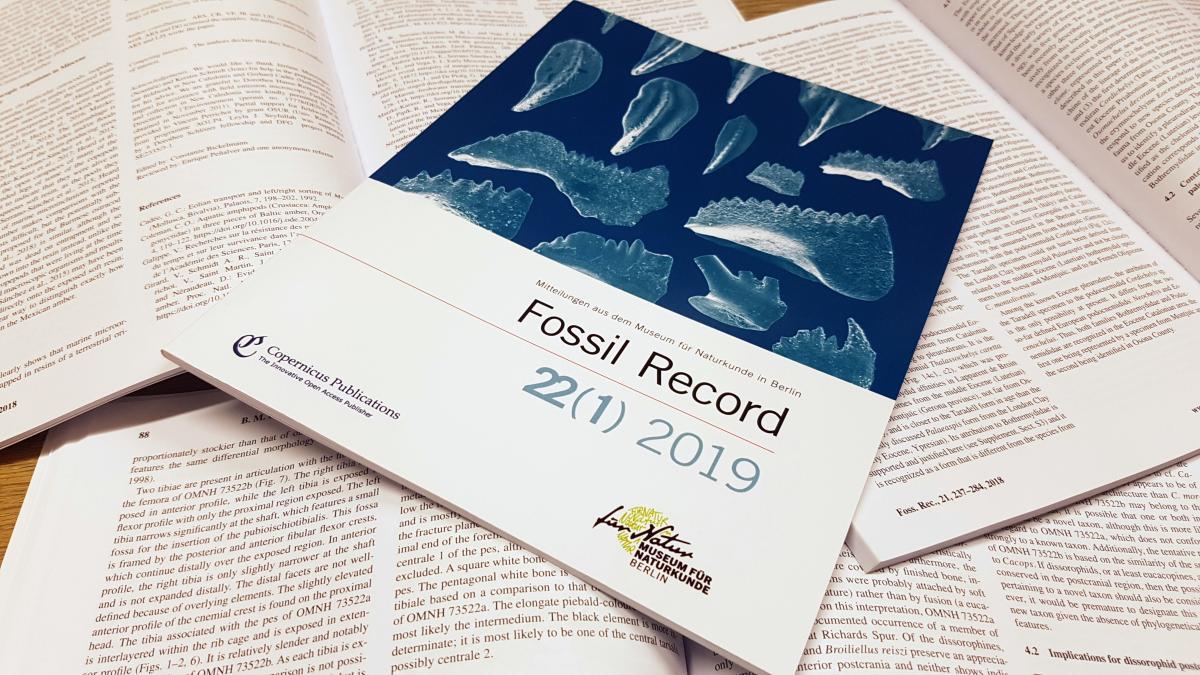 Seven years ago, the traditional scientific journals of the Museum für Naturkunde Berlin were transformed into renowned open access journals via the two publishing houses Copernicus and Pensoft. Such successful developments can only be implemented through close cooperation with professional teams on the publishing side, very committed editorial board members and the support of the Coordination Office for Scientific Publishing. In 2021, the publishing activities had to be re-tendered and this brings a big change: Fossil Record is moving to the publishing house Pensoft, which already publishes the two other Open Access journals Deutsche Entomologische Zeitschrift and Zoosystematics and Evolution, after successful seven years at Copernicus.

Since 2014, the Fossil Record, like the other two journals, has been published in open access (OA). With the decision to make the journals open access, the museum promotes free science and unrestricted access to scientific information - entirely in the sense of Open Science. The museum is explicitly committed to Open Science and faces and actively shapes the challenges of the transformation of science. In accordance with this, the Museum's Coordination Office for Scientific Publishing  was also founded in 2017 and will celebrate its fifth anniversary in 2022. It not only manages the three house journals, but also supports researchers with publications in general and especially with open access publications.

Unfortunately, the change of publisher to Pensoft also means saying goodbye to the previous publisher of the journal, Copernicus Publications. The team at Copernicus has done a lot for the development of the journal and is largely responsible for the excellent reputation and success of the journal in the scientific community.

In this context, we would like to say goodbye to Copernicus Publications, which enabled the Fossil Record to become a successful OA journal and to reach the top quartile of palaeontological journals on the one hand, and on the other hand, to shape the image of the journal - together with the very committed Editorial Board.

For this, as well as for the wonderful cooperation and the excellent work done, we would like to thank Copernicus very much!