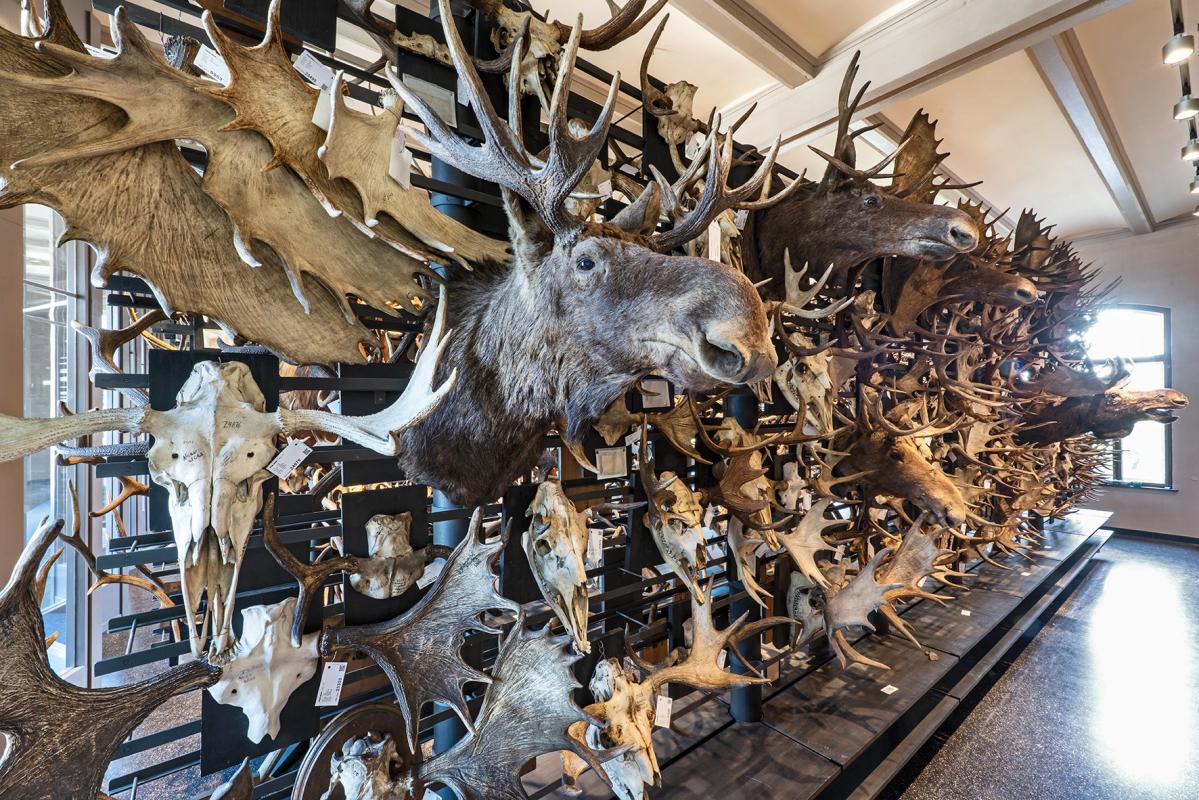 The Museum für Naturkunde Berlin and 24 further museums and universities nationwide are participating in the creation of a central, publicly accessible data repository on museum and collection objects related to the colonial era. During the initial phase, central access will be provided via the German Digital Library.

The project is part of the so-called "3-Road Strategy for the Documentation and Digital Publication of Collections from Colonial Contexts held in Germany", which was jointly adopted by the Minister of State for Culture and the Media, Prof. Monika Grütters, the Federal Foreign Office, the Ministers of Culture and Cultural Affairs of the Länder, and the representatives of the municipal umbrella organizations in October 2020. The aim is to create the greatest possible transparency in the holdings from colonial contexts. This is "an essential prerequisite for a comprehensive reappraisal of the history of the origin of these objects", emphasized Monika Grütters, Minister of State for Culture and the Media, and for the aspired dialogue with the societies of origin.

Dr. Jana Hoffmann is responsible for the pilot project at the museum: "We are extremely well positioned for the pilot phase. It brilliantly complements existing commitments by combining responsibility and efforts to further open the Museum in the context of the Future Plan We are creating access to our collection - also by digital means - through consistent collection disclosure and  development."

The Museum für Naturkunde Berlin has been dealing with the origin of its objects for years. "It's a question of culture," says Director General Prof. Johannes Vogel, "even a natural history museum has to be self-reflexive. Sooner or later, organizations like ours will have to deal with the dominance of Europe in order to understand the discussions. It's about the perspective of the many, not just that of the powerful". The result of years of provenance research is the book "Dinosaur Fragments - on the History of the Tendaguru Expedition and its Objects 1906-2018" by Dr. Ina Heumann and colleagues.

A number of research projects at the Museum für Naturkunde Berlin are currently concerned with parts of the museum’s collections from colonial contexts, e.g. Fossil Heritage Tanzania, Colonial Provenances of Nature. The expansion of the mammal collection of the Museum für Naturkunde around 1900, Guidelines for dealing with natural history collections from colonial contexts.

In addition, the Museum für Naturkunde Berlin has many years of experience and expertise in scientific data management, i.e. the development of data standards, the establishment and expansion of digital knowledge infrastructures and the connection of collection data to larger aggregators such as the Deutsche Digitale Bibliothek, Europeana, Global Biodiversity Information Facility or the Biodiversity Heritage Library. The new research cluster "Open Heritage - Natural History in Global Contexts. Researching the Collection, Shaping the Future" will attend to the entire complex of topics.

On the book Dinosaur Fragments

About the “3 Ways Strategy”

Collections from the universities of Hamburg, Mainz, Göttingen, Marburg, Bayreuth and Freiburg as well as the National Museums in Berlin, the Charité and the Berlin Museum of Natural History, the Linden Museum in Stuttgart, the Museum am Rothenbaum in Hamburg, the Museum Fünf Kontinente in Munich and the Museum Wiesbaden - Hessisches Landesmuseum für Kunst und Natur, the Nordfriesland Museum in Husum, the five museums of the Paese Association Project in Lower Saxony, the Dresden State Art Collections, the Bremen State and University Library, the Prussian Palaces and Gardens Foundation Berlin-Brandenburg, the Übersee Museum in Bremen and the Amerika-Sammlung in Bonn.