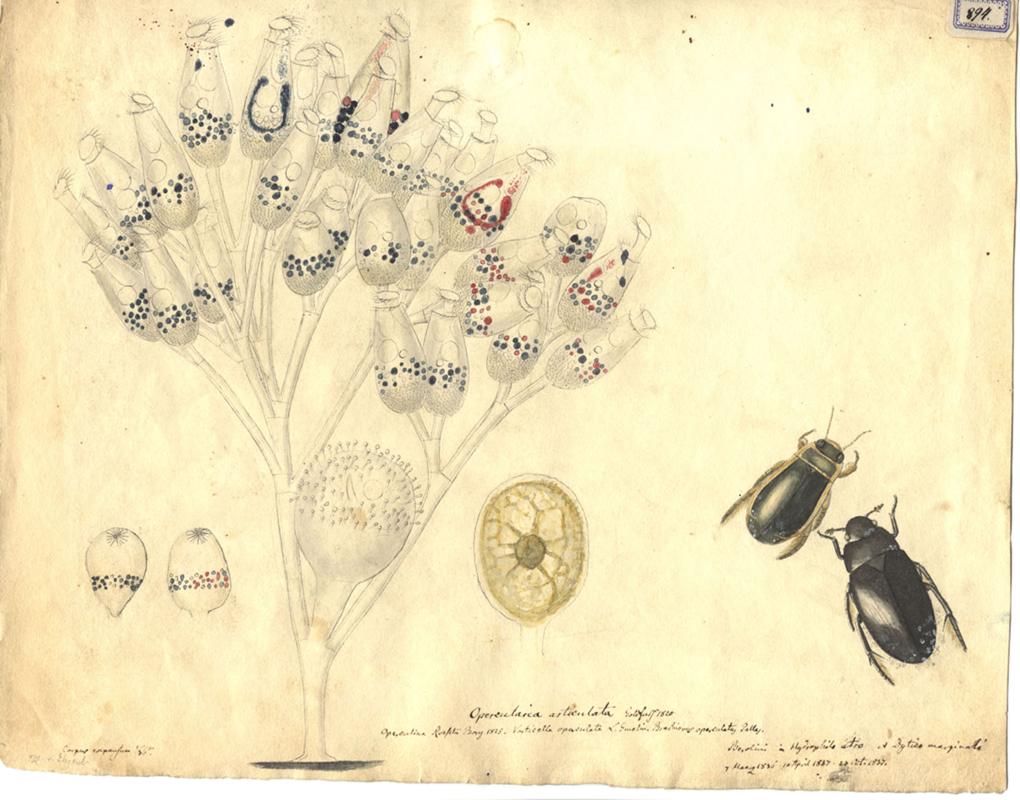 They are barely visible to the naked eye and yet surround us at every step: microfossils. The drawings by Christian Gottfried Ehrenberg now published in the Data Portal of the Museum of Natural History invite us to explore a fascinating world that is otherwise only visible under the microscope.

Ehrenberg is one of the most famous scientists of his time and is considered the founder of micropaleontology and microbiology. On his numerous research trips, he described all kinds of plants and animals, but he was particularly interested in microorganisms. For over 30 years, he studied microorganisms in countless water, rock, and sediment samples and described thousands of new species, including the well-known paramecium. He proved that many types of rocks, such as limestone, are composed largely of tiny fossil plants and animals, and that marine luminescence is produced by microorganisms.

More than 3,500 of his scientific drawings, made on his travels and at his home microscope, are now preserved in the Museum für Naturkunde Berlin and in the archive of the Berlin-Brandenburg Academy of Sciences and Humanities (BBAW). Recently, an exhibition opened at the BBAW on his drawings, which he refers to in later autobiographical notes as "life pictures":

In his drawings, Ehrenberg documented his observations and later used them as models for his publications. He also kept the microscopic preparations on which the illustrations were based, as he he regarded them as the actual starting point of his scientific evidence. They form one of the cornerstones of the micropaleontological sub-collection at the Museum für Naturkunde, which, thanks to its historical depth and taxonomic importance, is still of great significance for scientists today. Slides and drawings are preserved in the Ehrenberg Collection of the Museum für Naturkunde Berlin, and the scientific estate of Christian Gottfried Ehrenberg is kept in the Historical Division of the museum. Both are available for research use.

As a component of the collection disclosure and development in the Future Plan, the data portal is intended to promote knowledge-based debates about the future of society and the relationship between humans and nature. The media and metadata published there invite users to discover and reuse the digitized collection objects by themselves. The entries in the data portal will be successively expanded and enriched with new media from the museum's collection digitization. In addition, the functionality of the portal itself is constantly being further developed.

It will therefore be worth taking a look at the Data Portal in the future.