Eliana Buenaventura: Lordess of the flies 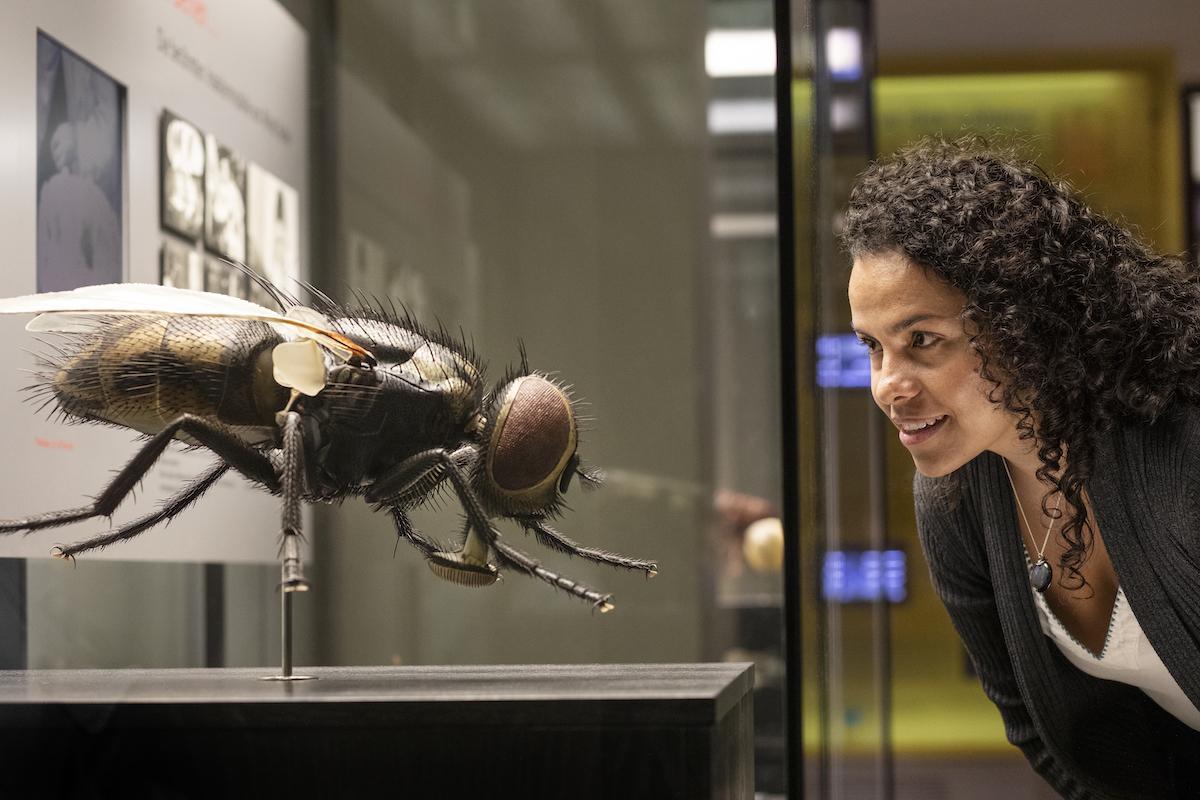 This article first appeared in our journal For Nature (issue 1/2019).

She is looking for new species around the world and has used larvae to solve murder cases: How Eliana Buenaventura, the new Head of the Collection of Flies, is promoting research on biodiversity.

It sounds almost tender how Eliana Buenaventura pronounces this name: Lucilia cuprina. The new Head of the Collection of Flies at the Museum für Naturkunde Berlin opens a wooden drawer in which dozens of shiny metallic green flies are stuck on fine needles. They came to Berlin almost 200 years ago, from China, Madagascar, Cameroon.

"Lucilia cuprina is the first anywhere in the world to fly to a carcass, she has an excellent sense of smell," says Buenaventura, standing in a corridor of the Diptera collection between tall, old wooden cupboards. Around one and a half million prepared flies and mosquitoes are stored here. "Genetic information is still preserved in all of these animals," says Buenaventura. "The collection is an extremely valuable resource because habitats are dwindling worldwide and we could no longer collect some of these species today."

Eliana Buenaventura is one of the 20 scientists who use the most modern methods to research global biodiversity at the new Center for Biodiversity Discovery of the Museum für Naturkunde and also want to discover unknown animals. Because an estimated 90 percent of all species on earth are still undiscovered. Buenaventura's specialty: Sarcophagidae. Most of the species in this family are scavengers. "That is what makes them so interesting. They are excellent recyclers and lay their eggs in dead bodies, they are very important to any ecosystem," says Buenaventura. She catches the flies in nature, examines their DNA in the laboratory, searches for similarities and differences, identifies new species and thus tries to answer questions about evolution and biodiversity. 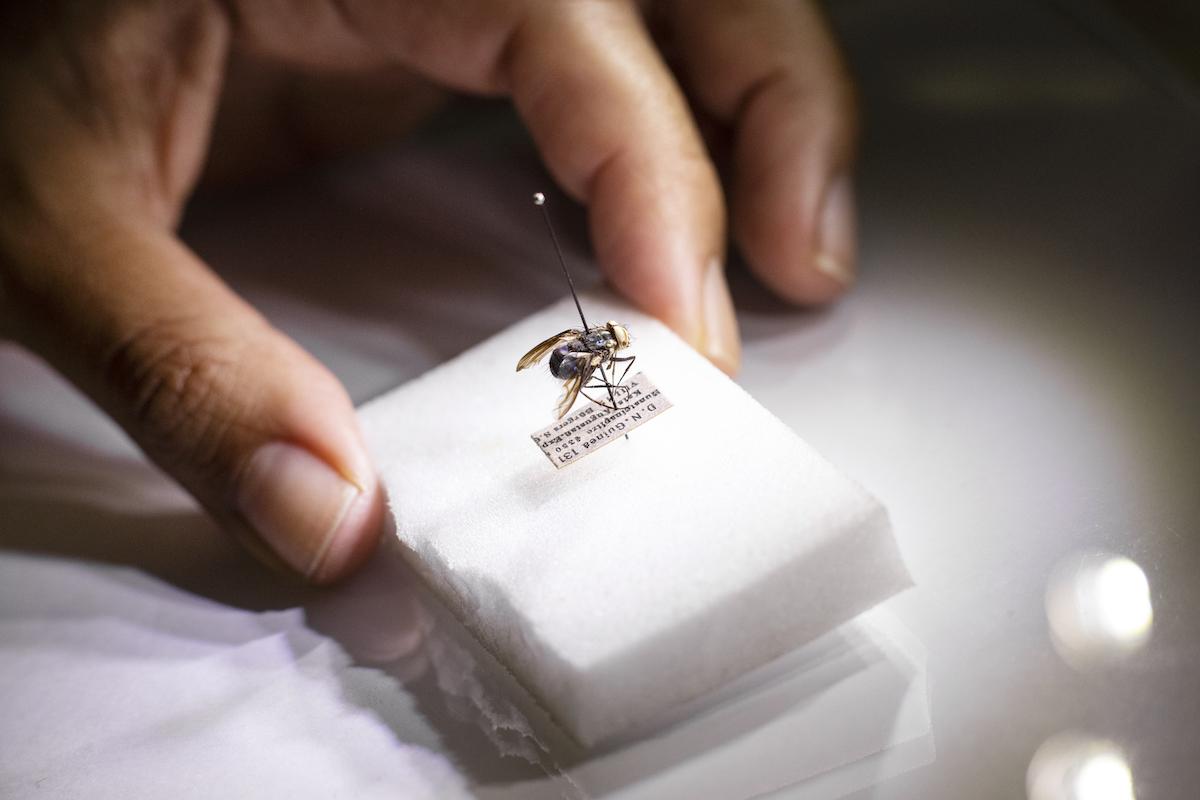 It was only in May 2019 that she and a team from the Center for Biodiversity Discovery were in the Cuc Phuong National Park in North Vietnam to document the enormous biodiversity there and understand the effects of human interference. In the rainforest she hung up her tubular fly traps. "My colleagues say that being in the field with me is no fun because I attract my flies with rotten bait, with chicken liver for example," she says and laughs. Why is she interested in scavenging flies of all things? "For a lot of people they are just plain boring and gross, but for me they are cosmopolitan organisms that can be found all over the world and carry a lot of information with them."

From the Vietnam expedition, Buenaventura brought around 400 carrion flies, soaked in highly concentrated ethanol, which keeps the DNA in good condition. In the molecular genetic laboratories of the museum, she will extract the DNA from the samples, purify and reproduce it, and then have the sequence of the genetic components determined. Then she can match the DNA sequence of every single fly on the screen with databases around the world. 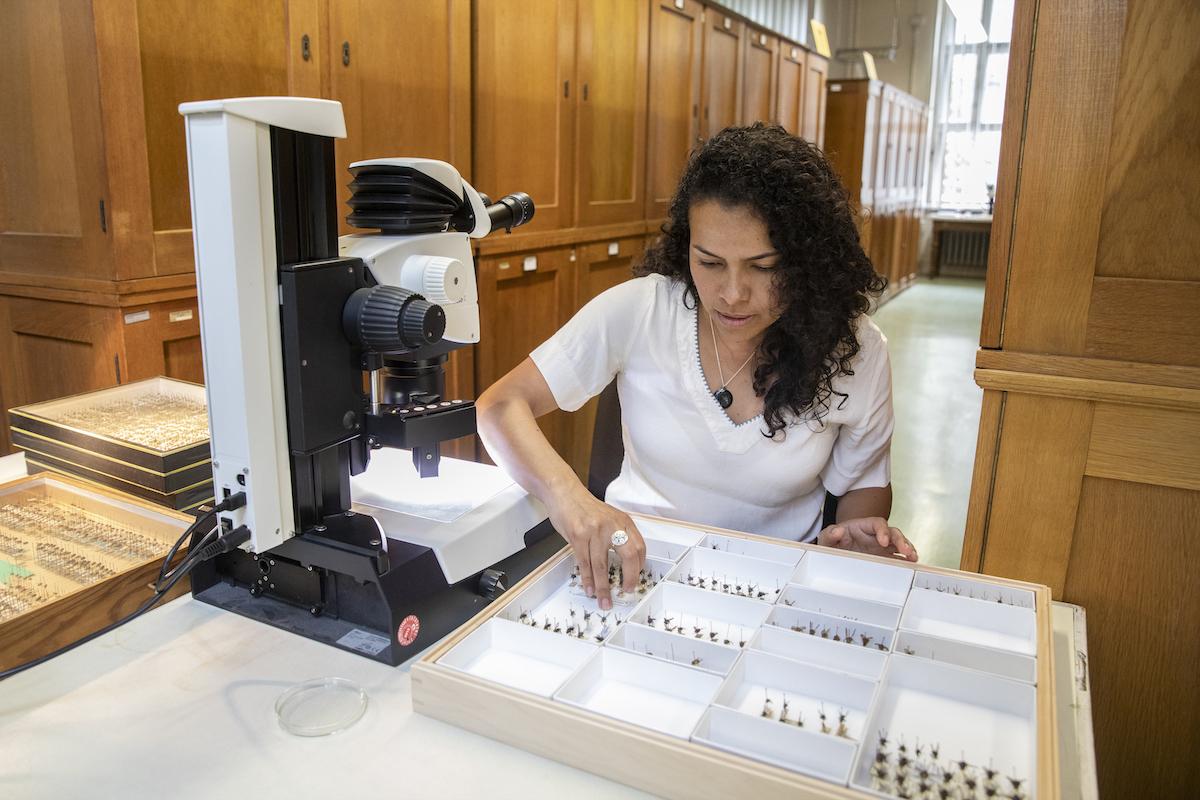 It was music, not biology, that first captivated Eliana Buenaventura. In Bogotá she learned to love the oboe, first playing in a children's orchestra and later at the Conservatory of the National University of Colombia. Because she was increasingly fascinated by nature in addition to music, she began studying biology in Bogotá and ended up at the National Institute for Forensic Medicine and Forensics after graduating. "In Colombia, half of all deaths are due to violence," says Buenaventura. "I determined the time of death of murder victims by examining the developmental stages of fly larvae that colonize the body after death." She stayed with the investigators for two and a half years, worked on around 150 cases, and was even able to use the fly larvae to determine if a victim had used cocaine or other substances. "It was a tough time because a biologist isn't exactly trained to deal with the darkest side of human society." Again and again, however, she came up against the limits of the methods in the investigation work. She decided to research flesh flies to make them even more useful for forensics.

A wandering period began: doctoral thesis in Denmark, postdoc position at North Carolina State University in the USA, two more years at the renowned Smithsonian Institute in Washington D. C. Then Berlin. Her new office is in the north wing of the Natural History Museum. "Tiernahrungslehre" is written in old German on the door to the hallway. On her huge desk there are specialist books on species identification next to a novel by the Colombian writer Gabriel García Márquez. Historical laboratory dishes are stored in a showcase, and outside the window is an old apple tree, under which she likes to take a coffee break. The museum's unique Diptera collection and the expertise of German researchers on biodiversity and the extinction of species made her move to Berlin – but above all the changes that the Museum für Naturkunde wants to undergo in the next few years. "Once the entire collection is digitized and public, a researcher in Argentina can compare his or her fly finds and the DNA in it with our data," says Buenaventura. "This is a huge contribution to global biodiversity research." 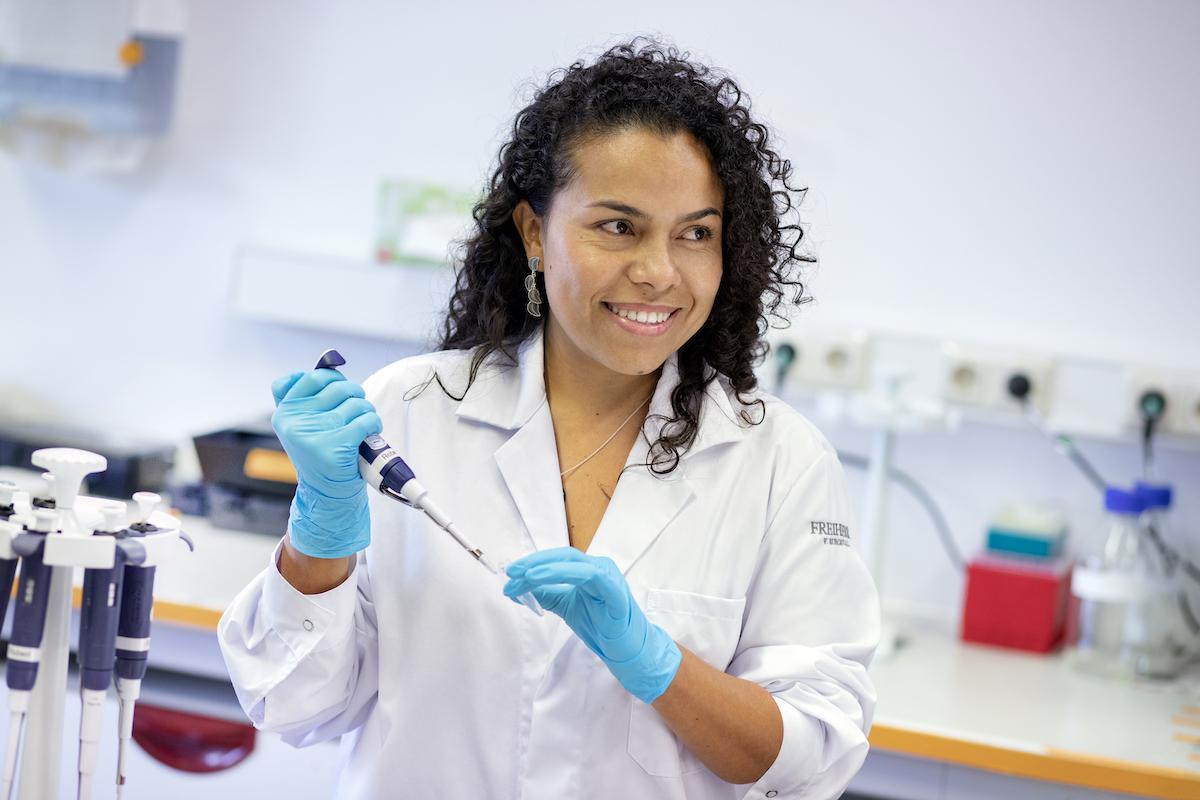 Eliana Buenaventura now also collects flesh flies in Berlin, for example in the Rehberge Park. "We know they sit on mammalian droppings, crawl on their fur or wounds, or feed on sweat or eye fluid," she says. The flies then carry the dead cells with them – or in them. "I can isolate this foreign DNA in the laboratory and thus determine which host animals the flies have come into contact with, such as foxes, polecats or martens." Together with scientists from Freie Universität and the Berlin Center for Genomics in Biodiversity Research, a biodiversity map is to be gradually created for Berlin parks and new methods developed to monitor wild animal populations.

"When it comes to biodiversity, many people immediately think of the Amazon or tropical rainforests," says Buenaventura. But many green spaces in Berlin are also connected to wilder corners by narrow corridors and offer mammals, birds and reptiles an important habitat. Your flies should help to create awareness of the secret life in Berlin's parks. "I want Berliners to recognize the wealth they have right on their doorstep and how important it is to protect it."