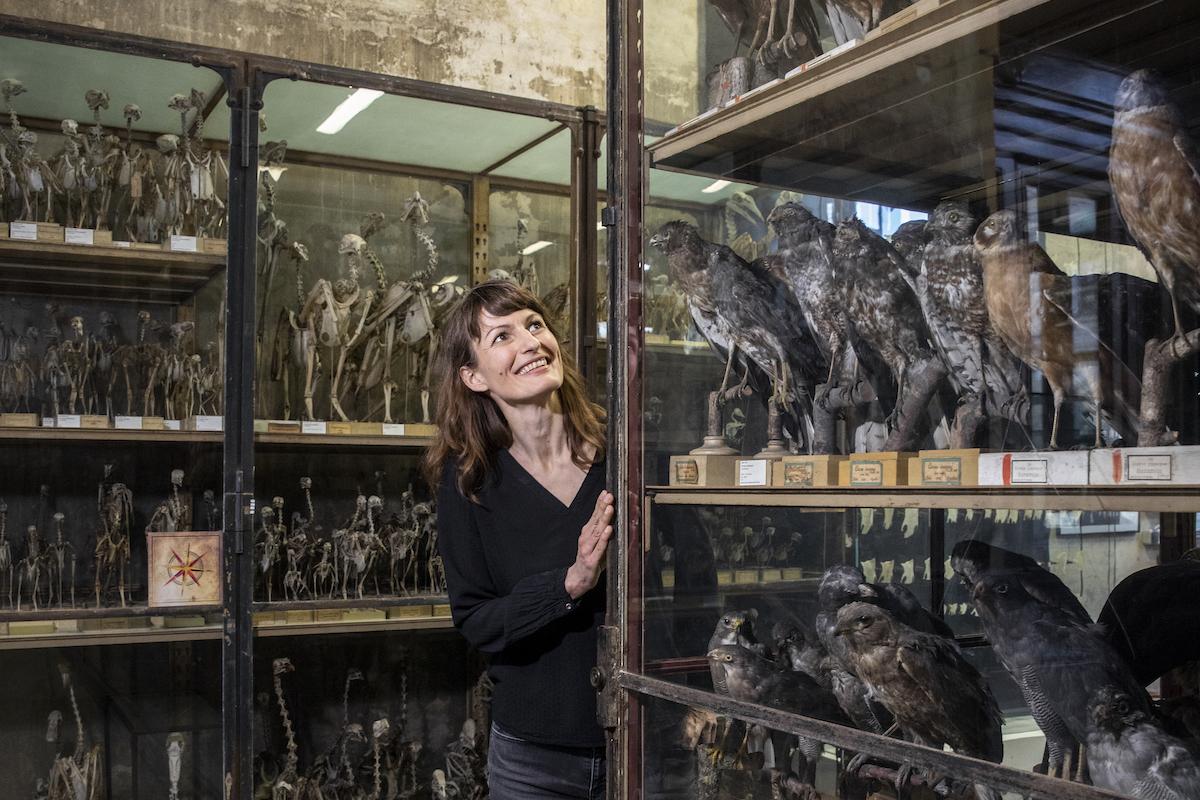 This article was first published in our journal For Nature (issue 4/2021).

The rooms of the Museum für Naturkunde Berlin are full of history. The listed building is soon to be renovated. The art historian Jutta Helbig captures the treasures of the past in order to preserve them for the future.

She looks at this owl like an old friend. Actually an inconspicuous little animal that claws at a wooden root behind the glass, the plumage dark brown and white piebald, the pitch-black eyes framed by pale fuzz that looks like glasses that are too big. Strix seloputo is on the label, the Southeast Asian Spotted wood owl. "It has that golden shimmer on his beak that I notice again and again," says Jutta Helbig. "It's my favorite owl." Helbig, a tall woman with shoulder-length brown hair who exudes calm and eagerness at the same time, stands in the bird room of the Museum für Naturkunde Berlin, between tall showcases framed by iron profiles. Inside: hundreds of prepared birds. "This is how the animals were exhibited until the middle of the 19th century, in systematic series according to species," explains Helbig. The showcases were already here when the museum opened more than 130 years ago; they survived two world wars, four forms of government and more than 20 museum directors. Others, however, were destroyed by the shock waves from the bombs. "As a result, many birds were thrown right into the museum courtyard," says Helbig. "The taxidermists restored it over decades."

Almost every room in this building is saturated with history. But the demands on the research and presentation of nature are constantly changing – like an organism that has the past in its genes and yet constantly adapts to new things. In the years to come, the Museum für Naturkunde Berlin will be shedding its skin again. A Future Plan provides for the renovation and renovation of the historic building complex, new buildings for laboratories and collections and a science campus open to urban society together with the neighboring Humboldt University.

"The past must not be ignored," says Helbig. Her task is to inventory and document the historical treasures of the museum, to draft concepts for dealing with listed architecture, historical furniture and curious finds. 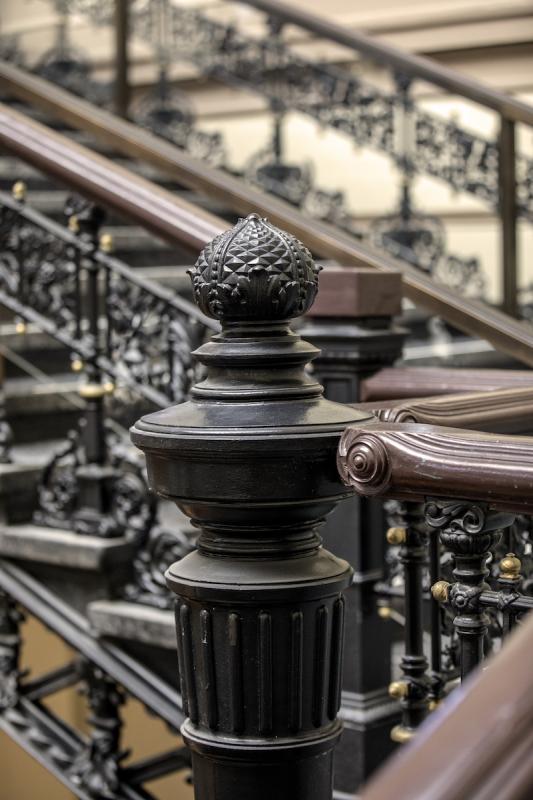 The results will feed into the design process that will cast the museum's Future Plan into architecture. "It's about looking ahead and at the same time preserving the identity and history of the house," says Helbig. The glass showcases in the bird hall are practically fused with the building. They are built around cast iron pillars and are firmly anchored in the ground. They are also listed. "But they no longer meet current standards, we cannot store and stage our objects in them in a contemporary way," says Helbig. That is why she is working on the compromise between future viability and monument protection: Could one part of the showcases be kept and separate from others so that they do not become an obstacle? For the bird hall, one thing is certain: Here, the historical showcases, including the outdated presentation of the birds, are to be preserved as a conscious window into history – while around 200,000 bird specimens are kept behind the scenes in steel cabinets according to the latest standards. "I am committed to ensuring that this flair is also preserved elsewhere," says Helbig. "Of course we can't keep everything that's old, but we have to sort it out carefully."

Jutta Helbig's passion for the historical essence of the Museum für Naturkunde Berlin began twelve years ago. For her doctoral thesis, she rummaged through old floor plans and building files in the Secret State Archives in Dahlem. "The construction of the Berlin museum coincided with the museum reforms, which I found extremely exciting," she says. At the time, the idea of separating exhibition and research in natural history museums came from England. In Berlin, too, a dispute broke out over this question between the architect August Tiede and the designated director Wilhelm Peters. Tiede wanted to create a progressive building, accommodate the research collection in modern storage rooms and have a separate display collection curated, while Peters, however, insisted on exhibiting the objects throughout the house in the old manner, in systematic rows. He prevailed, but died before the opening – and with it his no longer up-to-date idea.

The first museum director, Karl August Möbius, concentrated the public collection on the ground floor and closed the two representative stairwells to the upper floor, where the research collection moved in. "With this radical separation and the first didactic exhibition of this size, the Berlin Natural History Museum became a pioneer in Europe." The renewed renovation now provides for both stairwells to be reopened to museum visitors and new exhibition rooms and insights into research to be created on the upper floor. 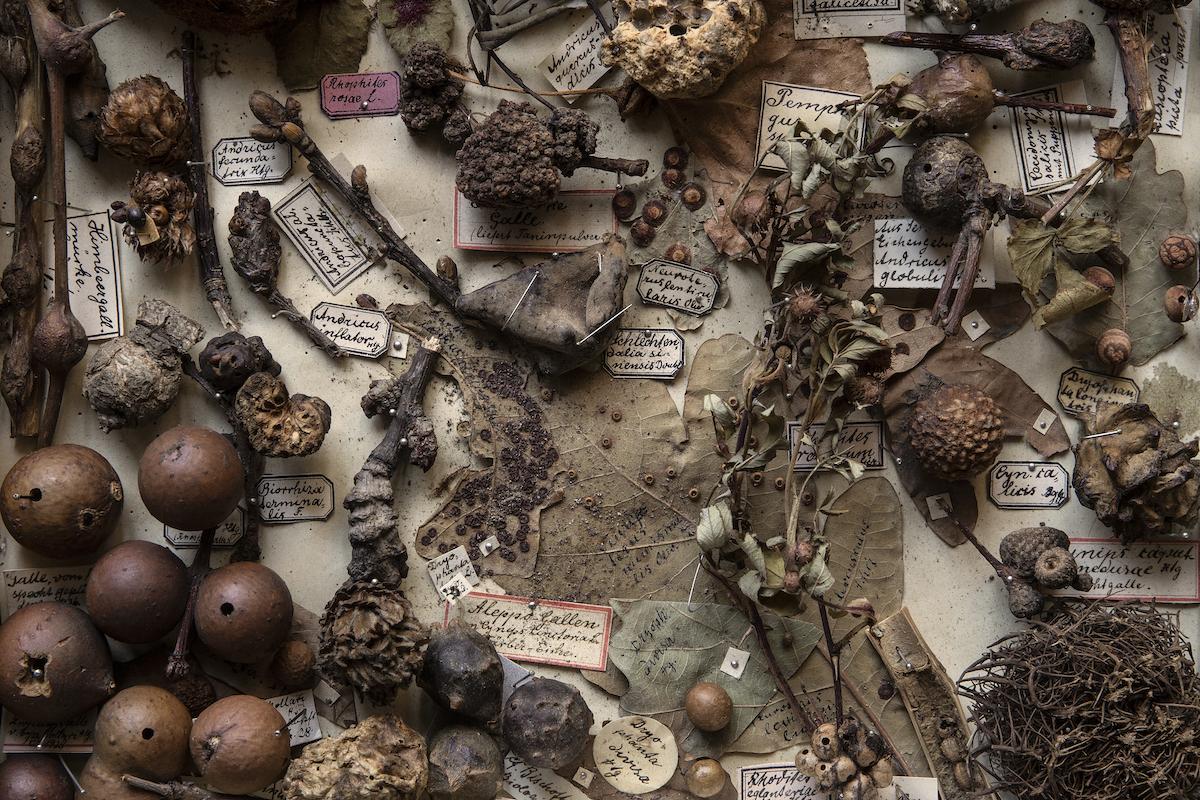 Jutta Helbig couldn't let go of the museum with all its stories. In 2017 she took the chance to work in the collection of bees, wasps and ants for two years. This time she explored the inside of the building. "It was incredibly exciting to open the doors of old closets," she says. "You still discover a lot." To prove it, she opens a yellowed cigar box in one of the collection rooms. Inside, meticulously labeled and fixed with small metal pins, there are leaves and twigs on which smallpox-like plant galls can be seen, tumors caused by wasps, mosquitoes or parasites. The arrangement works like the template for an encyclopedic diagram. "According to current standards, such containers have to be sorted into insect boxes because of the possible pest infestation and harmful biocides," says Helbig. Nevertheless, she tries to save some of the nostalgic charm into the future. "We photograph everything and we keep very special finds as historical evidence."

Helbig leads to the main entrance of the museum, which is set back a few meters from the busy Invalidenstrasse and is framed by two buildings: the Ministry of Transport, formerly the Prussian Geological Institute, and the Thaer Institute for Agricultural and Horticultural Sciences at the Humboldt University, formerly the "Royal Agricultural University of Berlin". All three formed an ensemble in 1889. "The Prussian ministers wanted to bring together science, teaching and exhibition in a science forum," says Helbig. "With the planned science campus, this story is now repeating itself in a certain way."

The main entrance will also determine how open the museum will actually be after the renovation. There are still steps leading to the portal; those who come with a wheelchair or stroller have to use a side entrance. "This house was intended for the general public from the start," says the keeper of the past. "I see it as a continuation of the historical mandate to make the museum equally accessible to everyone."