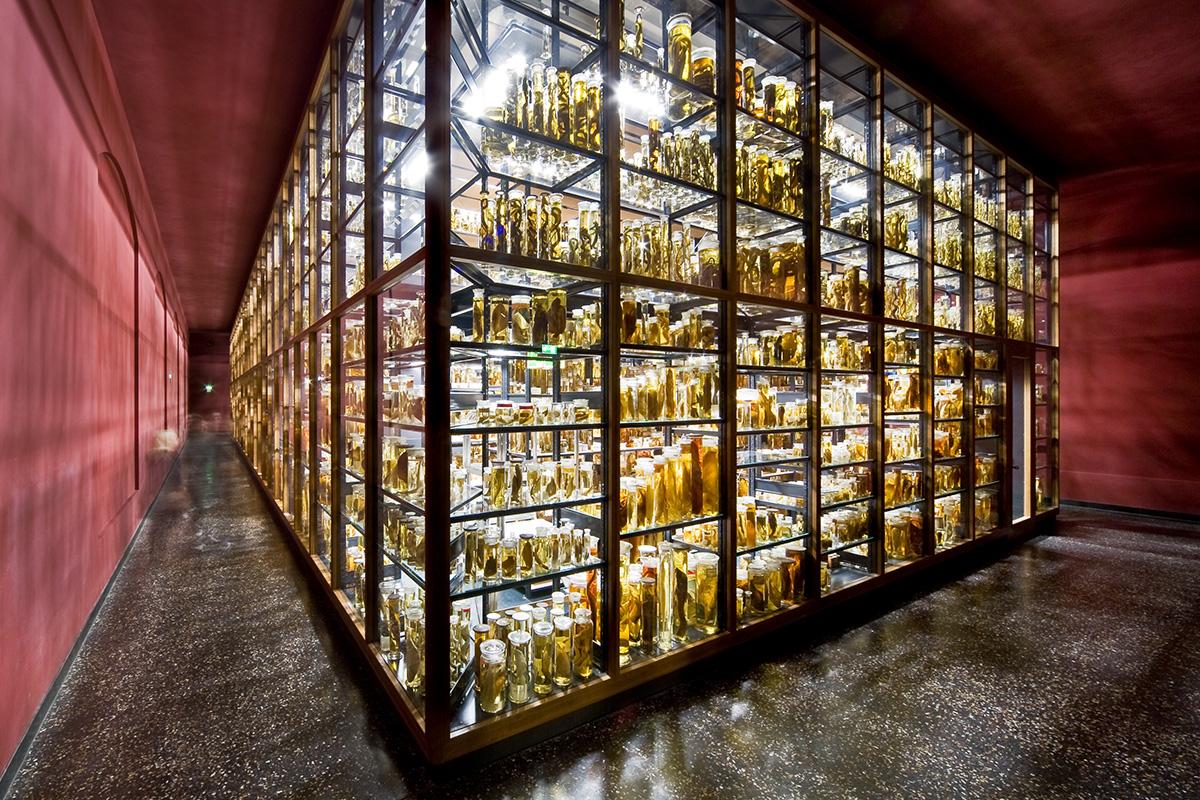 Natural history research museums only open a small proportion of their valuable collection to the public. Millions of preparations are kept in large storage rooms away from the public gaze. However, their significance as archives of life continues to grow. They provide important information for biodiversity and evolution research. 30 million specimens are stored in the Museums für Naturkunde in Berlin. A large proportion are preserved in the wet collection and are now accessible in one of the world’s most technically advanced collection buildings – the Wet Collection Wing. It not only sets new standards of conservation, but also makes visible through its glass walls this important scientific collection for museum visitors.

In the Wet collections, specimens from all animal groups are stored in a mixture of 70 % alcohol and 30 % water. This protects them from decay. They thus remain available for scientific research. Each specimen has a label, on which all important information relating to the object in question is recorded. Without their labels, the specimen would be scientifically worthless. In the Wet Collection one million specimens are stored in 276,000 jars, taking up 12.6 km of shelf space on three levels.

The ethanol collections for research have been stored under the Museum’s roof for decades – away from visitors‘ eyes. Conditions were inadequate from a preservation point of view. The collection has now found a home in one of the most modern collection depots in the world in the East Wing of the Museum. The East Wing had been destroyed right down to its foundations in the Second World War, and it was only 65 years later that one of the last war ruins in Berlin was reopened in September 2010, after three years of construction. The transfer of the ethanol specimens had been completed, and the glass-walled wet collection became part of the visitors‘ circuit at the Museum für Naturkunde.

The reconstruction of the outer facade of the East Wing, developed by Swiss architects Diener & Diener, won the DAM Prize for Architecture in Germany in 2011.

Further information about the reconstruction of the east wing