A new 'once in decades' standard reference book on Radiolaria 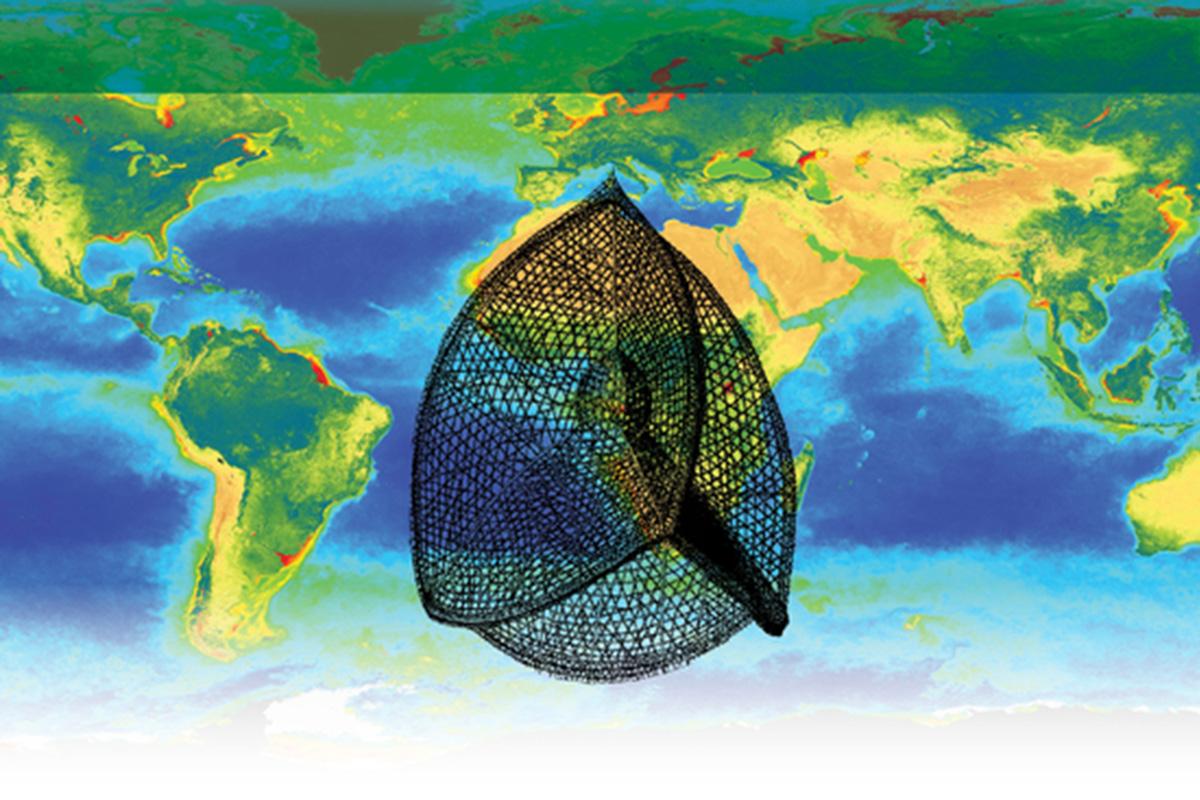 The Museum für Naturkunde Berlin (MfN) is the center of fossil radiolarian research and plays a global role in fossil plankton research by providing digital infrastructures. The now published work "Paleobiology of the Polycystine Radiolaria" is the first comprehensive book on radiolarians in twenty years, written by David Lazarus, micropaleontologist at MfN, in cooperation with Japanese colleagues. This book is another contribution to making collection and research data globally available.

The ocean's plankton covers the majority of our planet, are the base of most marine food chains, and are responsible for virtually all of the long-term removal of carbon dioxide from the atmosphere. These, mostly microscopic, organisms thus are critical to the health of everything from fisheries to how the earth will respond to human induced global warming.

Radiolarians are tiny (sand to dust sized) single celled plankton that traditionally were studied, both in modern oceans and fossil form, from their beautiful glasslike skeletons. The famous 19th century biologist Ernst Haeckel, himself a major figure in the study of radiolarians, once called them 'art forms of the sea'. In the second half of the 20th century scientific research however mostly concentrated on using their fossils for geologic research, such as past climate change, largely ignoring their rich potential to understand evolutionary processes. Revolutionary new studies of living ocean plankton using molecular methods in the last few years meanwhile have revealed that radiolarians are abundant in the plankton and play key roles in ocean ecosystems. Despite their clear biologic value, no recent synthesis of radiolarians - both living and fossil has existed.

"Paleobiology of the Polycystine Radiolaria" is the first comprehensive book on radiolarians in twenty years, written by David Lazarus, micropaleontologist at the Museum für Naturkunde Berlin and Japanese colleagues. It incorporates the many advances in research of the last two decades, and stresses radiolarians as biologic organisms. It also provides first ever syntheses - of both molecular biologic research on living radiolarians, and of the history of their study. Lastly, the book provides a more balanced, critical overview of what is known about the biology, ecology, and fossil record of radiolarians, as well as their application in evolutionary, biostratigraphic, and climate change and paleoceanographic research.

That this major new book on radiolarians should be lead by a scientist from the Museum für Naturkunde in Berlin is highly appropriate. The MfN curates the, even today, highly important scientific legacy of the first major student of radiolaria - C. G. Ehrenberg. It is a world leading center of research on fossil radiolarians, and of paleobiologic studies of other fossil organisms. The MfN also plays an important role in general global fossil plankton research through the provision of critical digital infrastructure such as the MfN's NSB plankton microfossil database.