Does bat DNA hold the answer to aging well? 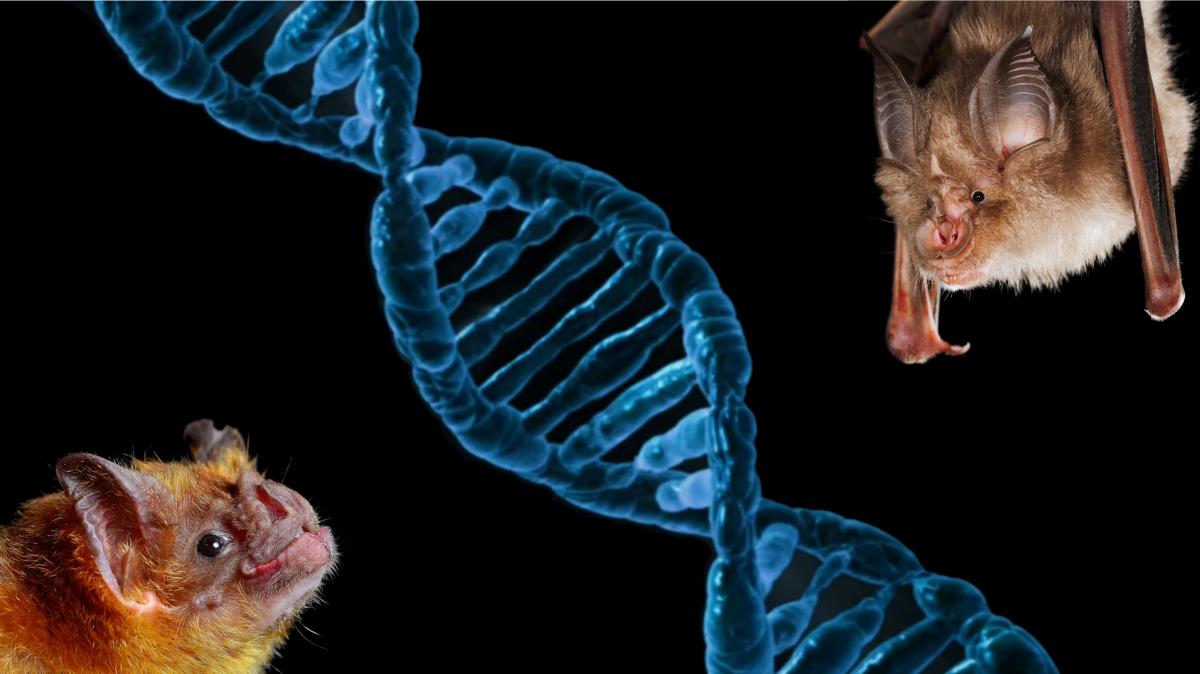 A new study published in Nature Communications shows that the age of bats can be predicted with high accuracy based on DNA methylation patterns. A global team of researchers with the participation of the Museum für Naturkunde Berlin examined the number of methyl groups (CH3) bound to the DNA of 26 bat species. Genome-wide methylation patterns that correlate with bat longevity also suggest that their longevity results from an enhanced immune response and suppression of cancer.

So far, the age record among mammals is held by a 211-year-old bowhead whale. However, age in mammals is allometrically related to body weight, such that larger mammals usually also have a longer lifespan. Bats, on the other hand, are the real record holders - the tiny creatures can be true Methuselahs. The oldest known free-living bat lived to be over 41 years old at a weight of only about 7g. Brandt's bat (Myotis brandtii) is therefore 9.8 times older than one would expect given its body size. Their extreme longevity and the fact that they show few signs of ageing make bats extremely interesting for questions about the mechanisms underlying harmful ageing effects.

A global team of 32 scientists, including Linus Günther, Mirjam Knörnschild, Frieder Mayer and Martina Nagy from the Museum für Naturkunde, Berlin, investigated DNA methylation patterns of 26 bat species with the aim of identifying epigenetic changes associated with age and longevity. DNA methylation and demethylation are mechanisms by which methyl groups (CH3) are attached to or removed from DNA. The degree of methylation of certain DNA regions influences many processes in an organism, such as the regulation of genes but also the development of tumors. In humans, it has longer been possible to determine biological age based on age related changes in methylation patterns.

"The data set on 712 known-aged bats that we have compiled here under the leadership of first author Gerald Wilkinson is absolutely phenomenal," explains Frieder Mayer from the Museum für Naturkunde Berlin, "The age of bats cannot be determined from external characteristics, but until now had to be determined via time-consuming long-term studies." The results of this study enable us to determine the exact age of bats by analyzing the methylation patterns of their DNA. Colleague Martina Nagy is excited about the implications of the study. "Being able to accurately age wild-caught bats is fantastic," she notes. "This will enrich our future research projects immensely."

Bats not only live to a very old age, but they also stay healthy and rarely develop cancer. Among other things, this is probably related to genetic adaptations for suppressing tumor formation. The current study offers new evidence for this. Changes in methylation in DNA regions associated with longevity involve genes of innate immunity and tumorigenesis in bats, likely facilitating their extreme longevity. "The findings on anti-ageing adaptations could be used in medicine and enable people to spend their old age as healthy as the bats." colleague Mirjam Knörnschild adds.

The image can be used free of charge for reporting in connection with the press release.

Native bats do not carry the SARS-CoV-2 virus and must still be protected. You can find more information here.