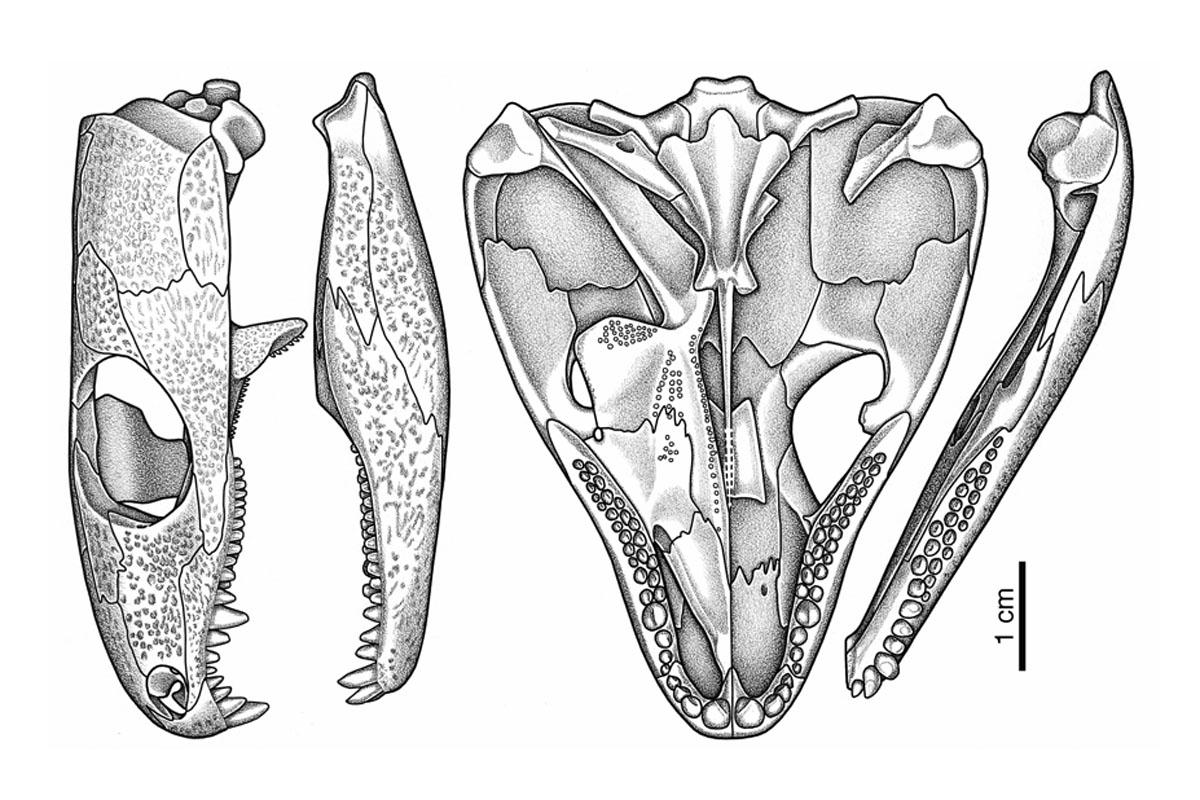 An international team of scientists led by Dr. Robert Reisz from the University of Toronto and Dr. Mark MacDougall from the Museum für Naturkunde Berlin investigated the oldest case of ‘right-handedness’ in a fossil reptile, which provides new insights into the evolution of lateralized behaviour and potentially the division of the brain into two hemispheres. The results are published this week in Current Biology.

Despite our bodies having symmetrical right and left sides, the majority of people prefer to use their right hands for many tasks. Handedness is a type of lateralized behaviour, a feature long thought to be unique to humans, but in recent years, similar behaviours have been observed in other non-human mammals, birds, amphibians, reptiles, and fish.

Lateralized behaviours, such as handedness, have been linked to the division of the brain into two hemispheres in some animals, but figuring out how far back in time these kinds of behaviours extend is a tall task. Fossils don’t usually preserve a lot of evidence of behaviour.

But a team of palaeontologists, including lead authors Dr. Robert Reisz, a professor at the University of Toronto Mississauga, Canada, and Dr. Mark MacDougall, a postdoctoral researcher at the Museum für Naturkunde Berlin, Germany, conducted the first investigation of lateralized behaviour in a fossil reptile, but not by examining the bones of its hands or feet, but by looking at its teeth.

Using numerous fossil specimens, the scientists were able to determine that a 289 million-year-old reptile called Captorhinus had a clear preference to use the right side of its jaws over the left when eating food, a behavioural lateralization similar to the preference for right-handedness in humans.

“We are very fortunate to have a perfect model species for such a project, because this early reptile is not only known from a lot of excellently preserved specimens, but it had a distinctive set of teeth that record a lot more information about feeding behavior compared to other reptiles” says Dr. Robert Reisz.

Captorhinus was a small reptile, less than a meter in length, that presumably fed on plants and smaller animals during the early Permian period. Unlike other reptiles, its teeth were laid out along the jaws into multiple rows, which allowed Captorhinus to hang on to its older teeth for much longer. By counting the number of worn teeth in left and right jaws of these fossils, the researchers found that, on average, they were more frequently worn on the right sides of the jaws compared to the left.

The identification of this ‘right-handed’ behaviour in this ancient reptile has important implications for the evolution of lateralization, as the results of this study reveal that lateralized behaviour has a very ancient history within reptiles.

“The presence of this lateralized feeding behaviour in such an ancient animal also provides evidence that the split of the brain into two hemispheres may have happened long ago. This is the first study to extend such evidence into deep history, to the very base of reptile evolution” says Dr. Mark MacDougall.

The photos can be used free of charge for reporting in connection with the press invitation by stating the copyright.