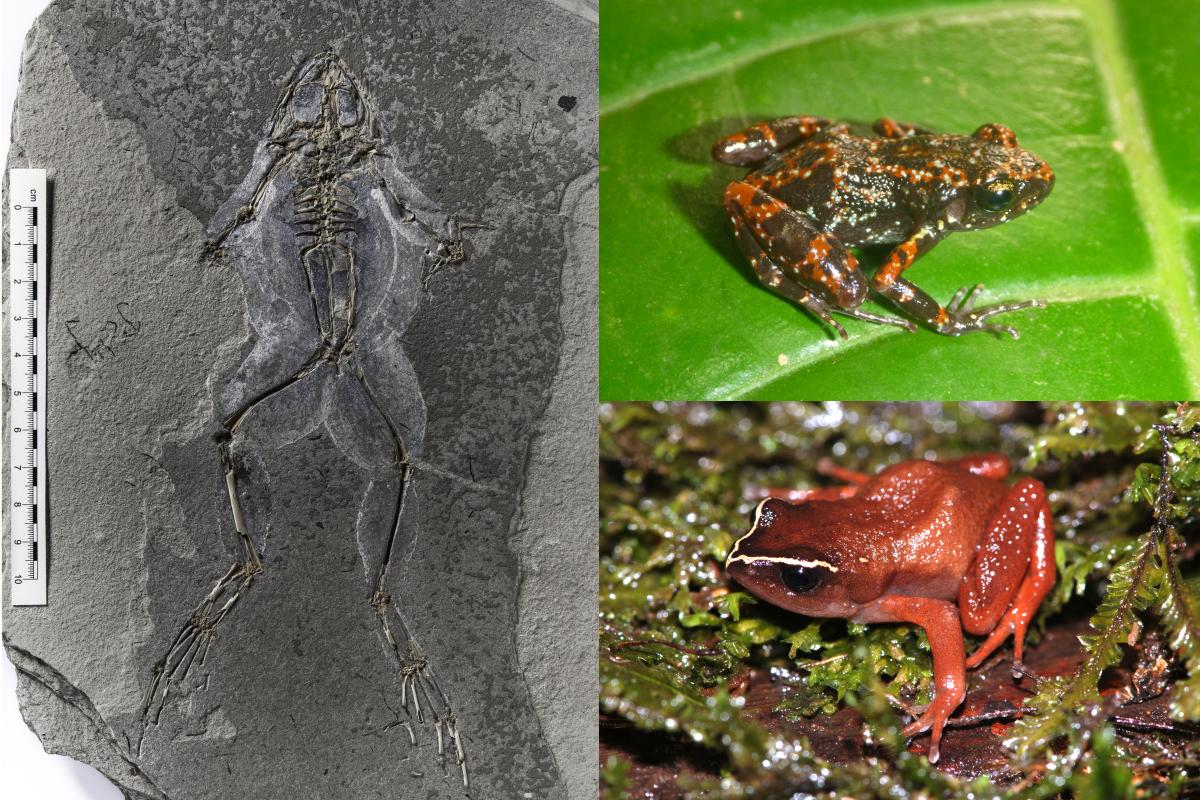 The assessment of the extinction risk of amphibian species is a complex task. It requires a good knowledge of what factors actually influence the threat status of a species. Often, data are few and not sufficient to make a reliable judgment. While such studies usually focus on living species, searching the factors influencing extinction risk, Melanie Tietje and Mark-Oliver Rödel from the Museum für Naturkunde – Leibniz Institute for Evolution and Biodiversity Science, Berlin applied a different approach and combined, for the first time, the currently used Red List assessments of living amphibian species with data from fossil amphibian record from the last 330 million years. Their study in Ecology Letters marks an important step in the developing field of ‘Conservation Paleobiology’ and adds a new tool to the Red List assessment options of species, even if data are deficient.

The correct classification of the extinction risk of species is an important tool in conservation, where resources are often limited and should applied in the most efficient way. Unfortunately often crucial data, e.g. about the biology or population numbers, of species are lacking and real extinction events are rarely observed and hard to proof. Over the last few years several publications suggested that the fossil record could make a valuable contribution to conservation, as it holds a vast archive of extinction events and thus potential factors that could have led to extinction. However, only few studies have implemented the connection between paleobiology and conservation. In a study, just published in the renowned scientific journal ‘Ecology Letters’, Melanie Tietje and Mark-Oliver Rödel asked themselves “Can we build a model that connects extinction risk with several species characteristics, using exclusively fossil amphibian data, and use this model to reliably predict the extinction risk of living species?”. To resolve this question they compiled a large dataset of extinct species and fitted a model correlating stratigraphic duration (appearances in differently old geological sediments) to geographical, morphological and ecological characters: abundance, geographic range size, latitudinal position of records (indicating e.g. tropical or temperate origins), and body size. They then applied this model to a similar dataset for living species which had been assessed by the International Union for the Conservation of Nature (IUCN) in their global Red List and found that their predicted durations and the IUCN Red List extinction risk categories matched well. Species that had been classified as non-threatened showed the longest predicted survival times, whereas in those which had higher risk assessments the predicted survival times became increasingly shorter. Geographic range size, the size of the area a species lives in, turned out to be the strongest predictor of extinction risk, which very well matches the strong influence of this factor in the current IUCN assessments, thus supporting these. The most valuable outcome of that model, according to the researchers, was however, that their model can be also applied to species where currently data are not sufficient for an IUCN Red List assessment, the so called Data Deficient species. The results showed that these species where generally predicted to have short durations, or in other words, a high extinction risk, thus indicating a high threat status and an urgent need to study and protect them.