Vulnerable frogs: The rainforest is healing more slowly than expected 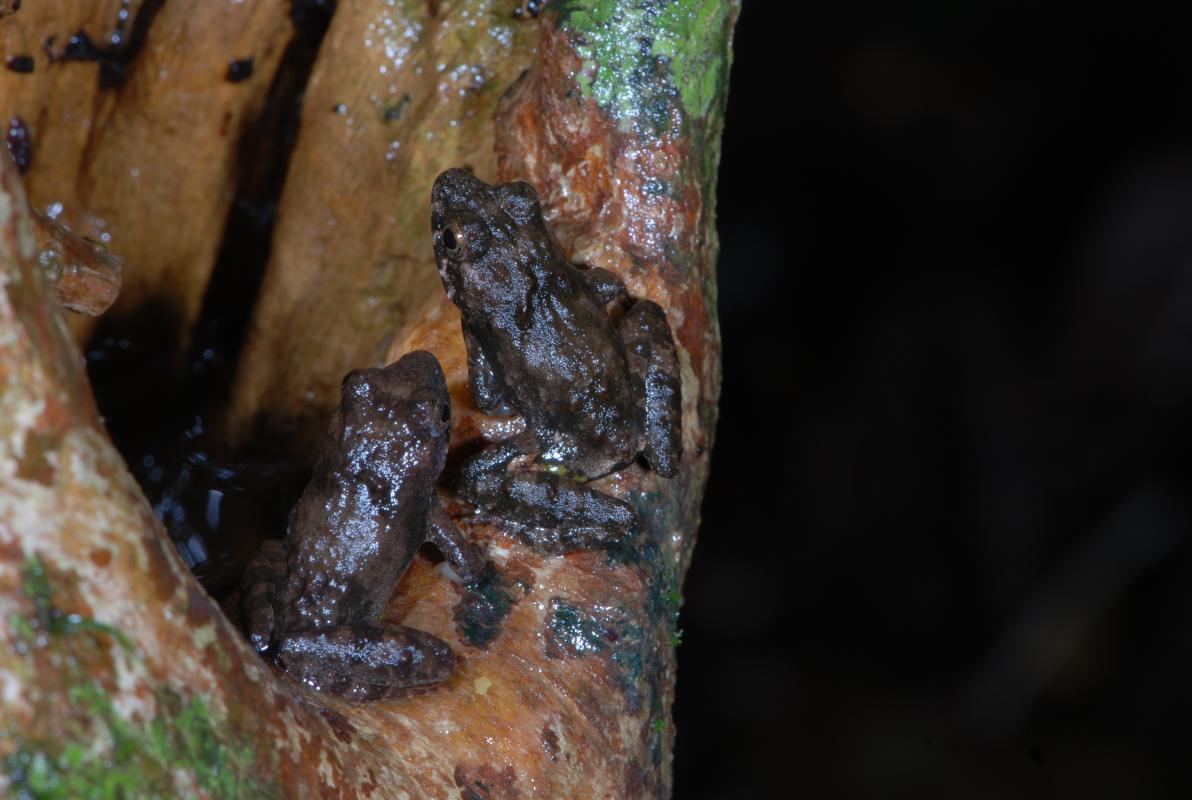 Scientists from the two Leibniz institutions Museum für Naturkunde Berlin and Senckenberg Natural History Collections Dresden have completed a long-term study of biodiversity in the rainforest that spanned more than twenty years. With their work for nature on frog communities in the area of the West African Ivory Coast, the team was able to convey the insight that the ecosystem has still not recovered almost 50 years after deforestation. Some frog species will never return to their original habitat. The study was published in the journal "Forest Ecology and Management".

The "Taï National Park" in western Ivory Coast is the largest remaining rainforest in West Africa. Like many other tropical forests around the world, the area is under great pressure: road construction, agriculture and forestry have severely restricted the habitat for numerous species; in addition, rainfall is increasingly unpredictable. "In 1970, timber was still being cut here," explains Raffael Ernst from the Senckenberg Natural History Collections in Dresden and continues: "Since then, the forest has been able to regenerate naturally. We wanted to know whether the species diversity and composition had been restored."

To this end, the Dresden and Berlin researchers, together with the Ivorian first author of the study, Tokouaho Flora Kpan, analysed the composition of the frog communities on site. PD Dr Mark-Oliver Rödel from the Museum für Naturkunde Berlin explains: "Amphibians are particularly well suited as indicators of environmental change: They have complex life-history strategies and rapid reproduction cycles and therefore often have specialised habitat requirements."

One example is Phrynobatrachus guineensis, a tiny but well-climbing tree frog species with orange toes. The tadpoles need only 21 days to fully develop; however, they thrive exclusively in small water-filled tree holes or snail shells. At the same time, the frogs seem to have a sense of the danger of their spawning sites drying out. "Our study shows that P. guineensis has still not returned - along with three other species," Kpan sums up. The researchers examined the populations of a total of 33 frog species in a formerly managed area, compared them with data from 2000 and with the surrounding, untouched forest. They found that although the forest as a whole is recovering, the species composition still deviated greatly from its original state more than forty years after logging. This is also due to the changed forest structure: the regrown, "secondary" forest mainly lacks large, structure-giving trees, which makes the area unattractive for some species.

"Until now, it was assumed in forestry that it takes about thirty years for a forest to renew itself and that one can even think about using it economically again," Ernst continues. "Now we see that it probably takes more like 40 to 60 years for the original ecosystem to be restored to its depth and breadth." The study clearly signals that the cycles between deforestation need to be significantly extended in order to protect the ecosystem.

But the researchers' work is also groundbreaking in another respect: there is surprisingly little research on rainforest recovery, and for the most part amphibians do not play a major role in it. But they are important indicators of whether a forest is really returning to its original state. The complex interplay of different creatures in an ecosystem must always be taken into account: The frogs follow the growth of the trees. The slowest organisms set the pace for the fast-moving ones.

The tree frog Phrynobatrachus guineensis has not returned to its former habitat after logging. Photo: Mark-Oliver Rödel/Museum für Naturkunde Berlin