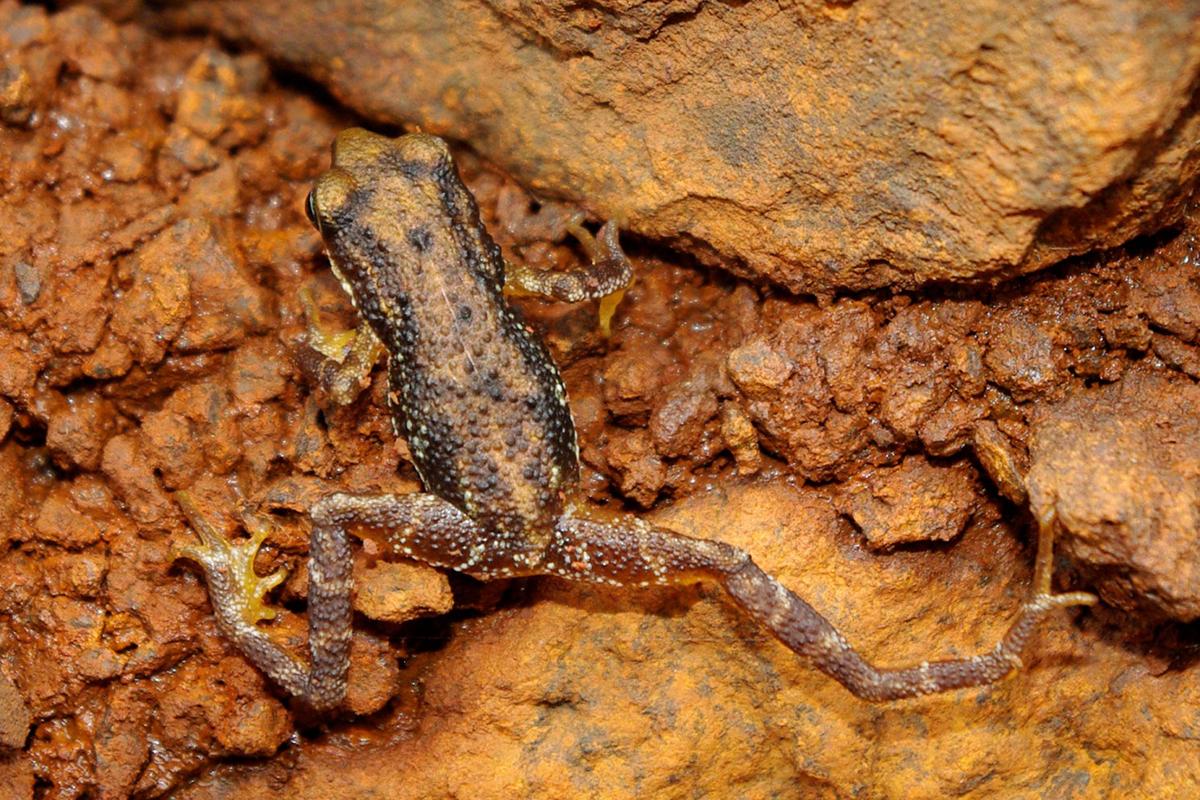 Anthropogenic habitat alteration often increases fragmentation and isolation, which decreases population sizes and increases extinction risk for species. Extrinsic threats may be buffered or enhanced by intrinsic factors. Within amphibians, the influence of different environmental and intrinsic factors on the population structure is not yet fully understood. In a recent study researchers examined the influence of life history traits, recent (anthropogenic) land use history, habitat, and topography on the population structure of a small, viviparous, tropical toad.

Four factors were found to be important for amphibian population connectivity and persistence: life history traits, recent (anthropogenic) land use history, habitat, and topography. A recent study examined the influence of these four factors on the population viability and interpopulation connectivity of a small tropical toad with a unique reproductive mode. Nimba toads (Nimbaphrynoides occidentalis) are matrotrophic viviparous; hence, mothers nourish their young during a gestation period of nine months. They occur exclusively in three populations in the high elevation grasslands of the Nimba Mountains, a small subtropical mountain chain in West Africa. Massive habitat alteration occurred in part of the toad’s range, and is likely to occur in another. Hence, this is an ideal study system to analyse population viability and connectivity in an endangered amphibian with unique traits. These include a very small geographic range, high habitat specificity, few offspring (on average nine per gestation), assumed poor dispersal abilities and a pronounced seasonality. These five factors are also among the traits associated with decline and extinction risk in amphibians. Laura Sandberger-Loua, Mark-Oliver Rödel, both Museum für Naturkunde, Berlin, and Heike Feldhaar, University of Bayreuth, examined the influence of life-history traits (viviparity), recent anthropogenic history (mining and mineral exploration), habitat (forest and savannah) and topography (elevation) on Nimba toad population viability and inter-population connectivity.

It is surprising that Nimba toads can migrate among populations. In amphibians mostly juveniles are dispersing. Nimba toad juveniles have a size of 8 mm at birth and those tiny toadlets have to arrive within 3-4 months in the other population - traversing at least seven kilometres of mountainous terrain - as otherwise dry season fires most likely kill them. The population genetic study shows that immigrants are arriving frequently in another population when the area in-between is covered in high elevation grasslands. Nevertheless, Nimba toads can sometimes travel through forests and low elevations and through this, negative effects of population declines are counteracted in the small population. Most likely this is linked to high humidity levels, as the areas traversed are mostly covered in fog.

The authors conclude: The results are in accordance with the hypothesis that amphibian species with a water-independent reproductive mode (viviparity), show low levels of population differentiation. The recent history of mining-related activities of the full Nimba Mountains had impacts on the genetic properties of the Nimba toad populations by disrupting suitable habitat, but these negative effects were buffered by successful migration. The very humid high elevations promoted successful migration among populations, emphasising that desiccation risk is an important landscape characteristic for amphibian population connectivity.