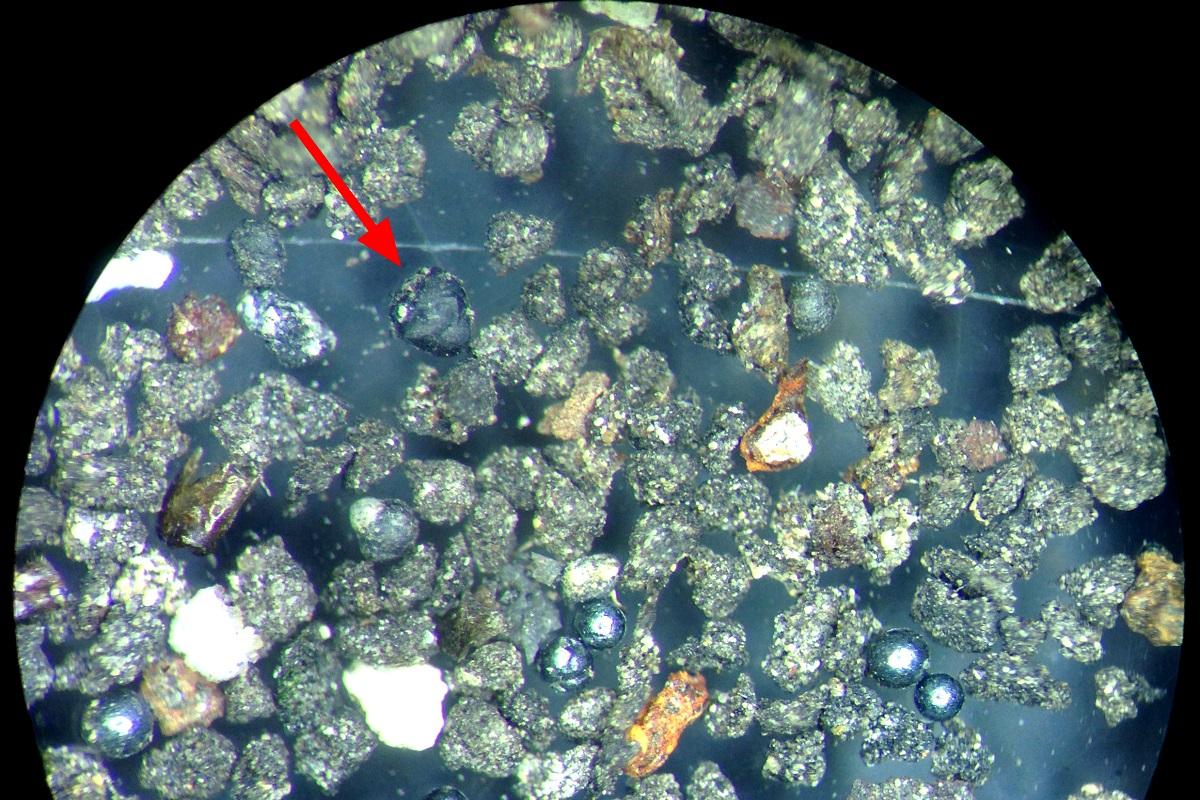 Every day, several tons of cosmic dust trickle onto Earth's surface: remnants of past collisions of bodies in the asteroid belt and particles that comets lost on their approach to the sun.

The best spots to look for and find the extra-terrestrial dust particles are surfaces with little vegetation and erosion, where, once landed, they remain collectable for a long time: for example on ice surfaces in the Antarctic or on the seabed. Researchers from the Museum für Naturkunde Berlin and the Freie Universität Berlin now want to tap a new source of the scientifically very valuable material. They are counting on the active support of Berlin citizens.

“We want to collect micrometeorites, they are usually less than one millimetre in size, from Berlin roofs,” says project manager Lutz Hecht. The idea has already proven successful: The researchers extracted 63 micrometeorites from many kilogrammes of dust from a roof area of around 5000 square metres. They are now identifying further roofs, which could be good places to find more due to their location and nature.

At the selected locations, the material is swept together and the particles from 0.1 to 0.8 millimetres in size are sifted out. Magnetically reacting particles are then extracted from these. The yield is washed, light particles discarded and the remaining material is dried and examined under microscopes. “This is a very time-consuming task that requires the help of volunteers who help us picking out the interesting objects,” says Hecht.

Whether the interesting objects actually are micrometeorites will be checked with an electron microscope. The museum’ geochemical and microanalytical laboratories are equipped for analysis.

Scientifically, the analysis of micrometeorites promises new insights into the influx of cosmic material to Earth. The researchers also plan to investigate whether today's micrometeorites differ from geologically older ones in terms of quantity and quality.

For the start, the project focuses on existing deposits on the roofs. “In the future, we plan to use special collection mechanisms to check whether the micrometeorites collected at monthly or annual intervals differ,” says Hecht.
The Citizen Science project involves citizens in the sampling, processing and evaluation of the material. Building on the pilot phase, funded by the Innovation Fund of the Museum für Naturkunde Berlin, the researchers plan to establish a long-term project in cooperation with the FU Berlin, the TU Berlin and the Vrije Universiteit Brussel.